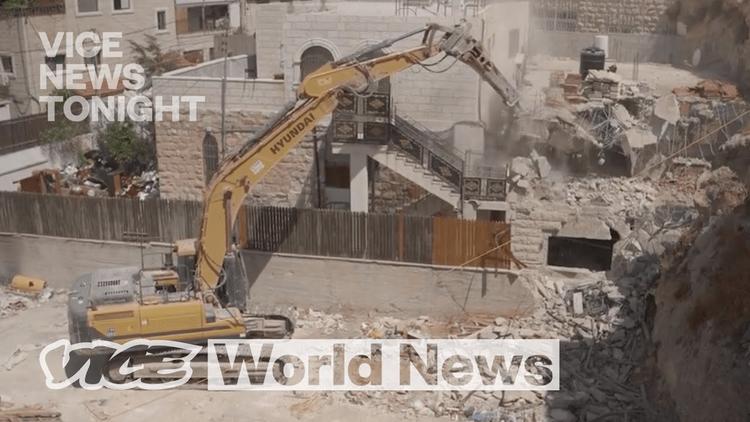 Israel’s apartheid system directed at the Palestinians is well documented. Within Israel’s officially-recognised borders — which the state has never actually declared — as well as across the occupied Palestinian territories, the people of occupied Palestine have long faced systematic discrimination which denies them the same rights afforded to Jewish Israelis and foreigners.

Separate roads, discriminatory laws, the “Separation Wall” and hundreds of military checkpoints combine to subject Palestinians to having daily life complicated beyond comprehension. All of this has been described by human rights organisations as “apartheid”. That, in a nutshell, is the system imposed by Israel on the Palestinians, even those who are Israeli citizens.

Israeli apartheid not only affects Palestinians, however but also their spouses from different countries. In a recent article published in Haaretz, Israeli journalist Amira Hass outlined this phenomenon by citing letters and requests that she received from German women who are married to Palestinian men living in the occupied West Bank. Every time that the three women Hass mentioned leave their homes in the West Bank to visit their home country, for example, they face the very real possibility that they will not be allowed to return.

Given that every Westerner has to fill out an Israeli tourist visa application, usually for a single-entry visa which they must renew every few weeks or months, these women already have a limited time in which they can lawfully stay in their marital home before renewal becomes due. If they choose to travel abroad before the visa expires, there is a risk that re-entry will not be permitted.

Hass confirmed that if the women were married to Israeli citizens, however, they would hardly face the same problems and would at least have been granted a multiple-entry visa, if not actual residency status.

When Hass asked the women whether the German consulate in Ramallah was a viable option for them to turn to for help, they stressed that when they do so “we’re told that they can’t do anything. It’s very frustrating.” Other Western spouses have the same problem, including US citizens, explained the journalist.

What shocks many, including Hass, is that even citizens of Western countries with strong ties and alliances with Israel are subjected to such treatment. It makes me wonder how much worse the ordeal could be for citizens of non-Western states – dare I say even Arab states – when they face the same policy and procedure.

Clearly and tragically, according to Israel, any foreigner – no matter where they are from – who loves a Palestinian and gets married is making a very grave mistake.

Furthermore, Hass acknowledges that the issue has been exacerbated by the ongoing Covid-19 pandemic and the travel restrictions that come with it. Israel has been able to exploit the pandemic to help it to restrict Palestinians from reuniting with their foreign spouses. If this means that the Palestinian spouse opts to go and live abroad with his or her wife or husband, so much the better from an Israeli point of view. It is all part of the ethnic cleansing by stealth of the Palestinian population that has been going on for decades.

What is noteworthy, is that foreign governments collaborate with this system and are thus complicit in the injustice that it engenders. The Palestinian Authority’s security coordination — collaboration — with Israel is hardly surprising; it is a corrupt entity that is forced to rely on Tel Aviv to stay afloat. It has no real independence, not least in security matters, and allows Israeli occupation forces to run amok within the territories under PA “control”. Israel even has control of the Palestinian Population Registry, a fact from much of this marriage issue stems.

However, the “helplessness” of the German and US Consulates in Israel – a supposed ally and partner – is surprising. That Western nations are unable, even unwilling, to support their citizens abroad and fight for their rights suggests that diplomats understand that they are dealing with a state which is above them — and above the law — and on a higher footing than they are. It’s a bizarre role reversal, given the amount of political and financial aid that they bestow in Israel’s favour.

Such influence and leverage over Western nations is, of course, nothing new as far as Israel is concerned. However, the fact that such nations do not even dare to speak out on behalf of their own citizens – we are not talking about Palestinians here, remember – presents the reality that perhaps they have become even weaker in their ability to challenge Israel.

By failing, intentionally or unintentionally, to do the bare minimum to help their citizens secure their rights when abroad, and curb the inherent injustices of Israel’s apartheid system, the West is entirely complicit in its perpetuation. When even love is forbidden for Palestinians and their spouses, it is obvious that something is very badly wrong in what is, after all, touted shamelessly as “the only democracy in the Middle East”.

C This work by Middle East Monitor is licensed under a Creative Commons Attribution-NonCommercial-ShareAlike 4.0 International License.

Vice News: “Palestinian Homes Are Being Demolished in Jerusalem”