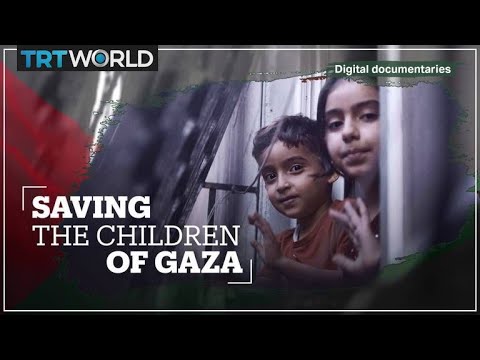 More than 1.2 million Palestinian children in the occupied territories returned to their schools for the new academic year on 15 August. According to the UN Office for the Coordination of Humanitarian Affairs (UN OCHA), most of them have been counting down the days and looking forward to schools reopening. “Because for many young people in Palestine, 2021 has truly been a long, hot year to date.”

Explaining why, the UN OCHA pointed to the Covid-19 pandemic, throughout which keeping up with classes remotely was a challenge. In the Gaza Strip, nearly 180,000 Palestinian children will be returning to schools that are still damaged after the Israeli military offensive in May, which killed 255 people, including 67 children; more than 41,000 homes were totally or partially destroyed.

The pandemic is still affecting Gaza badly, and Israel has been blocking medical equipment and hygiene disposables at the nominal border. The children are particularly affected by Covid-19 when their parents are infected or have to isolate. It is a traumatic experience, especially for the youngsters. Indeed, many thousands of children in Gaza also suffer from post-traumatic stress disorder; every time they hear a drone or other Israeli aircraft they expect bombs to follow.

“Children not only have a right to a safe education but are afforded special protections under international human rights law in view of their specific vulnerability,” explained UN OCHA. “Since the beginning of 2021 [though], a total of 79 Palestinian children have been reported killed and 1,269 injured.” Eleven of those killed lived in the occupied West Bank and Jerusalem, where 19 boys and five girls have been wounded in attacks by illegal settlers.

Furthermore, Israel is holding 170 children aged between 12 and 17 in prison, Military Court Watch has reported. That was the number as of the end of June, and the organisation pointed out that this was a six per cent increase on the previous month. A number of children are being held in administrative detention, with neither charge nor trial.

“According to the Israeli Prison Service,” said Military Court Watch, “69 per cent of child detainees were forcibly transferred and/or unlawfully detained in Israel in June. This is in violation of Article 76 of the Fourth Geneva Convention and Article 8 of the Rome Statute of the International Criminal Court.”

Palestinian children under Israeli occupation do not enjoy a safe and secure life as there is always a possibility that they will be attacked by Israeli security forces or illegal settlers. Even the US, Israel’s main supporter in the international community, says that the occupation state “has a responsibility to protect children and teachers from harassment and violence by settlers on their way to and from school – and in any event.”

It is worth noting that Israel is not only targeting Palestinian children, but is also targeting the organisations which defend them or expose Israeli crimes against them. On 29 July, for example, Israeli occupation forces raided the offices of Defence for Children International – Palestine and confiscated equipment, including computers and hard drives. Among the items stolen by the Israeli occupation forces were the legal aid files of the children facing charges in military courts.

Military Court Watch has reported the case of a 16-year-old Palestinian boy from the West Bank who had a painful back injury which prevented him from sleeping in April. About 30 Israeli soldiers banged on the door of his house one night and told his father that he had “five seconds” to open it. Fifteen soldiers entered the family home and arrested the boy. After a harsh interrogation, during which he said that he was insulted repeatedly, the child was placed in solitary confinement for 18 days during which he made 20 or so appearances in a military court. After three months in prison he was released with an eight month suspended sentence.

A 14-year-old child from Nablus told Military Court Watch that he was walking to his friend’s house when an Israeli military jeep drove towards him and stopped. It was 3 o’clock in the afternoon. “A soldier stepped out and asked me what I was doing,” the boy explained. He was handcuffed — “very tight and painful” — and taken to the jeep where he was hit with a rifle butt by a soldier.

“The jeep drove to Huwwara military base where I was taken to a shipping container. The soldiers then turned the air conditioner on very cold and I was freezing.” After several questions, an Israeli soldier who claimed that he was a Muslim “asked me if I wanted to collaborate with them… and I told him I would never collaborate even if he stuck his gun to my head. Then he asked me if I wanted a cigarette and I told him I did not smoke. Then he asked to see my Facebook page. Then the commander came and told the soldier to leave me alone.”

About two hours later, he was taken outside and left in the sun. “I asked for some water but the soldiers did not respond. One of them spat at me and I started to shout. Soldiers heard my shouts and came to see what was going on. One of them slapped me and then made fun of me.”

Many rights groups around the world, including Israeli organisations have reported that Israel abuses Palestinian children systematically, but their reports are largely ignored. The UN’s own agencies conduct investigations and publish reports, but the international organisation simply expresses its “concern” and calls upon Israel to respect UN human rights guidelines and conventions.

Israel ignores such concerns, of course, and is allowed to act with impunity. This was confirmed by Amnesty International in a report last year. Such impunity, said Amnesty, allows Israel to get away with “torture and other ill-treatment of detainees, including children… Palestinian civilians, including children, from the Occupied Palestinian Territories were prosecuted in military courts that did not meet international fair trial standards.”

How long is the world going to allow such abuses to continue? It is clear for all to see that Israel is not the haven of democracy that it claims to be. The reality is that it is an apartheid state which treats international laws and conventions with contempt, and the world lets it get away with doing so, to the detriment of the people of occupied Palestine, including children. If we are to believe that the UN, the US, Britain and countries in the West generally really do care about human rights (as we have heard all week about the situation in Afghanistan), then Israel’s impunity must be brought to an end, and the colonial occupation state must be held to account for its crimes, not least those against children.