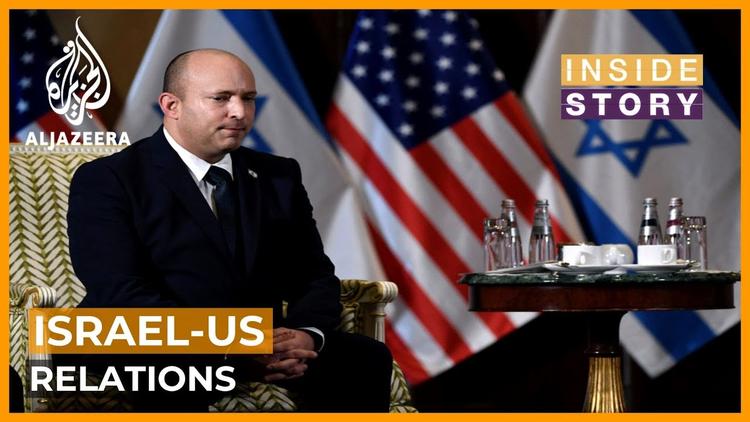 In April 1996, Israeli artillery shells rained down on a United Nations compound where hundreds of civilians were taking refuge. As the shells exploded and the building collapsed, 106 civilians died and another 116 were injured.

The attack, now known as the Qana Massacre, was part of a larger Israeli offensive known as Operation Grapes of Wrath, a 16-day campaign of aggression in southern Lebanon.

The United Nations investigated the Qana Massacre and determined the Israeli shelling was deliberate. Then-UN Secretary General Boutros Boutros-Ghani condemned the attack, writing it was “all the more serious because civilians, including women and children, had sought refuge” in the compound the Israelis destroyed.

The commander of the unit that launched the assault was a man named Naftali Bennett, who’d go on to boast, “I’ve killed lots of Arabs in my life and there’s no problem with that.”

Bennett, of course, is now Israel’s prime minister. And on August 25, he arrived for a visit at the White House.

When President Biden took office, he promised to pursue a foreign policy based on human rights and the “rules-based international order.”

Those commitments already seemed at odds with the long-running U.S. support for Israel. Whether it’s giving Israel nearly $4 billion in military aid every year or providing diplomatic protection at the United Nations, the United States allows Israel to act with impunity even after repeated instances of war crimes and crimes against humanity.

But Biden’s promise to put human rights and international law first seem especially at odds with supporting a government like Bennett’s. Bennett’s war criminal past is troubling enough, but his current positions flout international law — and longstanding U.S. support for a two-state solution — just as aggressively.

Bennett is an outspoken supporter of expanding illegal Israeli settlements in the West Bank and annexing occupied Palestinian land for Israel. “The [settlement] building momentum in the country must not be stopped, even for a second,” Bennett has said. He added, “We must give our lives” to annex the West Bank.

Bennett has also insisted that he “categorically opposes a Palestinian state” and vowed, “I will do everything in my power to make sure that [the Palestinians] do not get a state.”

Since assuming office, Naftali Bennett has overseen a broken ceasefire in Gaza, the intimidation and arrest of hundreds of activists (including journalists), and a fascist march through Jerusalem where individuals chanted “death to the Arabs” and “your religion is rubbish.”

Although many in the U.S. may hope that Bennett will turn over a new page after the divisive rule of Benjamin Netanyahu, the truth is that he’s more like a photocopy.

If anything, the policies and rhetoric coming from Israel’s far right are more extreme than ever. Shortly before his White House visit, Bennett told the New York Times there would be no peace agreement with the Palestinians under his watch.

President Biden has time and time again stated that “America is back.” But if Biden actually wants to put human rights and the “rules-based order” back in U.S. foreign policy, then we can’t just “go back” to the same old playbook of supporting Israeli governments no matter what they do.

Sahand Yazdanyar is a Next Leader at the Institute for Policy Studies. This op-ed was distributed by OtherWords.org.