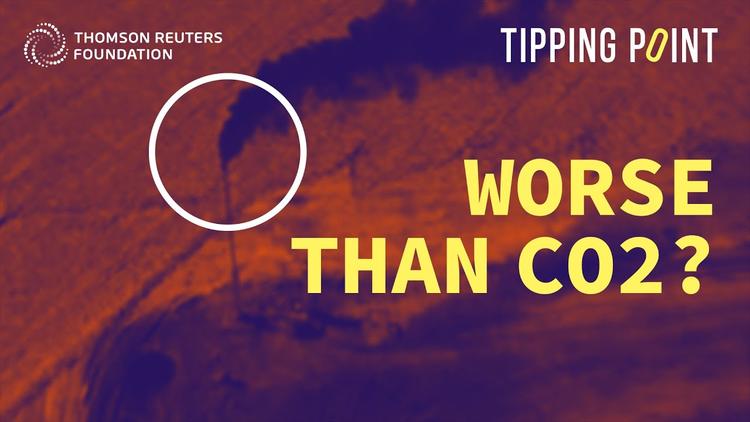 Ann Arbor (Informed Comment) – Fiona Harvey at The Guardian reports that the new Intergovernmental Panel on Climate Change (IPCC) report due out Monday will stress the need to slash methane emissions if we have any hope of keeping extra global heating to 3.6 degrees F. (1.5C). Scientists worry that as we get above that increase in the average surface temperature of the earth, we may begin reaching tipping points where the climate does weird and very unpleasant things to us. We saw the potential for that this summer with the bizarre 108 degrees F. weather in Canada, accompanied by massive wildfires and the die-off of a billion sea creatures off Vancouver.

The atmosphere of the planet Venus is mostly carbon dioxide, which has made it a torrid hell, with streams of molten lead.

And, as Adam Vaughan observes in New Scientist, concentrations of it in the atmosphere have been increasing since 2000. Given how potent it is, that is a real concern. It is also a mystery.

Methane is 80 times more powerful as a heat-trapping gas than CO2 over 20 years. Since 1750 when humanity began this vast and dangerous experiment on our only home, of burning massive amounts of coal and other hydrocarbons, methane has contributed to 16% of the global heating we have produced.

The only upside is that methane does not stay in the atmosphere the way CO2 does. Stop making it, and it goes away after a decade or so. So, for God’s sake, let’s stop making it.

In 2020, Vaughan says, researchers were alarmed to find the biggest jump in atmospheric methane since records began being kept in 1983.

Some of the increased methane is from drilling carelessly for natural gas, as Russia does (Qatar is far more scrupulous and its gas fields are not significant sources of methane emissions). North American hydraulic fracturing and older oil rigs also produce methane. Over-all, about half of methane emissions come from the fossil fuel industry.

Vaughan, however, interviews scientists who are convinced that the big increase in methane emissions in the past twenty years is being produced by over-active microbes in tropical wetlands, which are becoming hotter and wetter with the climate emergency. They even worry that there may be a feedback loop, such that a hotter earth produces more microbes making more methane that in turn heats up parts of the earth and makes them wetter, producing more methane-creating microbes, and so on and so forth.

Biological sources of methane are not new. The expansion of rice cultivation in East Asia in the 19th century is thought by climate historians to have led to a big increase in methane production by microbes in the paddies, contributing to global heating.

As for the 50% of methane emissions that come from oil and gas and fracking fields, there is no excuse for that. They can be capped. They must be capped.

Joe Biden needs Pennsylvania to remain president in 2024, and so won’t come out against fracking, which is a big industry in the state to which a lot of its blue collar workers are committed. That is Biden’s base. But this fracking business has to stop. And it certainly can’t be allowed to put out methane.

Vaughan quotes experts as saying that just one percent of oil, gas and fracking installations put out 30 percent of the hydrocarbon industry’s methane, so you could zero in on the worst offenders.

Both the European Union and the Biden administration are planning regulation of methane emissions, so that the worst-polluting companies will be in trouble if they don’t change their ways.

Ordinarily much of the heat reaching the earth from the sun strikes the surface and then radiates back out into space through our atmosphere, which is 78 percent nitrogen, 21 percent oxygen, 0.9 percent argon, and 0.1 percent other gases. Those former gases do not interfere much with the heat radiating back away. But in the 0.1 percent of the atmosphere that isn’t oxygen, nitrogen or argon, there are some trace amounts of the powerful heat-trapping gases, such as carbon dioxide and methane. The more of the latter you put up there, the greater the barrier is to heat escaping. It is like being on vacation in the Bahamas and going around wearing a winter coat; and then putting on a second and third winter coat.