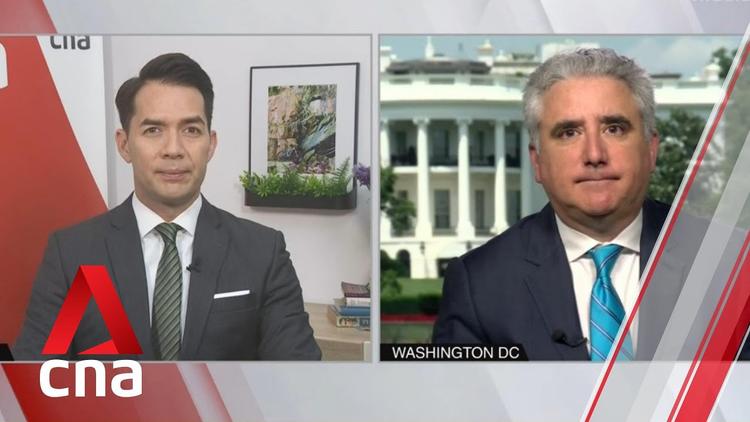 Belgrade (Informed Comment) – While many Western countries closed their embassies in Kabul, Russian diplomats decided to stay in Afghanistan. The Taliban – a radical movement that effectively took over the country following the US withdrawal – reportedly promised to guarantee the safety of the Russian embassy in the Afghan capital. What is the future of the Russo-Taliban relations?

Although the Kremlin declared the Taliban a terrorist organization in 2003, such a move did not prevent the country’s officials from holding several very important meetings with the Afghan movement. During its recent Moscow visit, the Taliban delegation assured the Russian policy makers that it will not threaten neighboring ex-Soviet Central Asian states.

“They have stated very clearly that they have no plans to create problems for Afghanistan’s Central Asian neighbors, and that they will continue to fight ISIS uncompromisingly”, said Russian Foreign Minister Sergey Lavrov, calling the Taliban leaders “reasonable people”.

That, however, does not mean that the Kremlin really trusts the Afghan movement. Russia and its Central Asian ally Tajikistan, as well as Uzbekistan, have recently conducted military drills at Harb-Maidon firing range which is located some 20 kilometers (12 miles) north of the Tajik border with Afghanistan. It was a clear warning to the new Afghan rulers not to cross Moscow’s “red lines” and attempt to destabilize the region that has traditionally been in the Russian sphere of influence.

“Russia needs to prepare for very big problems. Flirtations of Russian diplomacy with the Taliban will not lead to anything good in the end. The likelihood of radicalization of the Russian-speaking Muslims increases, as well as the threat of potential terrorist attacks”, said Andrei Serenko, an expert at Moscow’s Center for the Study of Contemporary Afghanistan

Indeed, one of the Taliban commanders told CNN that “the Islamic law will come not to just Afghanistan, but all over the world.” Such a rhetoric is a reminiscent of the Marxist concept of the World Revolution that will eventually overthrow capitalism in all countries, but at this point it is not very probable that the Taliban will attempt to overthrow secular regimes in Central Asia, or to pose a threat to Russia’s national security. Although some media tend to portray the Taliban as a Pan-Islamic organization, in reality it is rather a Pashtun nationalist movement whose goals are largely limited to the territory of Afghanistan, which means that the group will unlikely engage into any military adventures in the Afghan neighborhood. Its leaders are aware that the Taliban lost control over the country in 2001 as a result of the group’s links with Al-Qaida, which was allegedly the main driver of the US decision to invade Afghanistan. One of the lessons the Taliban seems to have learned is that it should not allow international jihadist groups to use Afghanistan as a base. That is why the Afghan movement reportedly promised Russia that it will fight the Khorasan group – a branch of Islamic State (ISIS) that is active in Central Asia.

There is no doubt that the Kremlin will use the situation in Afghanistan as a pretext for strengthening its positions in the region. Some Russian officials have already said that the settlement of the situation in “the graveyard of empires” requires a bigger role of the Moscow-led Collective Security Treaty Organization (CSTO) in order to prevent the Taliban from even thinking about destabilization of neighboring countries. That is why the Kremlin recently announced that it would reinforce its military base in CSTO member Tajikistan, and it is entirely possible that Russia will attempt to make deals with other regional actors in order to put an additional pressure of the Taliban and discourage it from any potential actions in Central Asia.

“I think that in the near future representatives of the region’s defense ministries will meet in order to develop common approaches and a common policy to assist Uzbekistan and Tajikistan to secure their borders with Afghanistan”, said Viktor Vodolatsky, First Deputy Chairman of the Russian State Duma’s Committee on CIS Affairs and Eurasian Integration.

Some analysts in Russia fear that the Taliban’s victory could have an impact on the global drug trade. Alexander Lavrentyev, former Deputy Chairman of the Warriors-Internationalists Affairs Committee, claims that the Taliban is involved in drug trafficking and has created routes for the drug trade with Pakistan and Tajikistan.

“There is a poppy growing there, and there is a well-known path for transporting drugs. And drugs are not for internal use. ‘Let the foreigners poison themselves’ is what the Taliban leaders say”, Lavrentyev emphasizes.

On the other hand, Zamir Kabulov, Russian Presidential envoy to Afghanistan, is confident that the Kremlin will have friendly relations with the future leadership of Afghanistan.

“I not only hope, I am sure of this”, Kabulov, who met with the Taliban leaders on several occasions, told Russia’s leading news agency TASS.

For the time being, Russia will unlikely rush to formally recognize the Taliban, or to remove the group from its list of terrorist organizations, although it will certainly work with the new Afghanistan’s authorities. In the short to mid-term, Moscow is expected to adapt to Afghanistan’s changing developments to preserve its security interests in the region. In the distant future, however, options that are currently unthinkable – for instance, Russia and the Taliban-ruled Afghanistan becoming “strategic partners” – could be on the table.