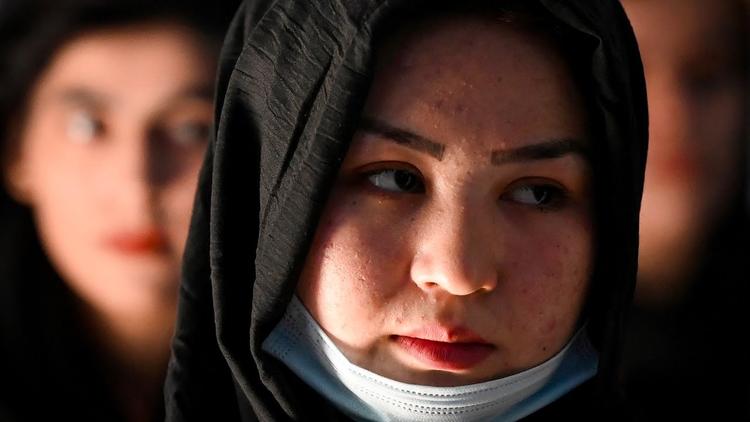 The world watched in shock as Ashraf Ghani, the president of Afghanistan, fled the country on Aug. 15. The Taliban occupied Kabul, the country’s capital, and international news channels and social media began to be flooded with devastating pictures of Afghans desperately attempting to escape the impending Taliban regime.

Afghanistan’s humanitarian crisis implies a massive blow to human rights globally. The United Nations reports that the country will witness a spike in civilian casualty and extreme forms of violence. More than 80 per cent of Afghans have now been displaced internally due to ongoing conflict, and girls, women and sexual miorities are vulnerable to mass violence.

The Taliban claims a peaceful transfer of power, but the video of people helplessly clinging on to the wheels of a moving United States Air Force plane indicate otherwise.

Women’s lives hang in the balance as the Taliban prepares to establish their emirate.

Women’s rights and freedom are threatened by the Taliban’s acquisition of power. In an open letter, Afghan filmmaker Sahraa Karimi detailed murders and massacres as the Taliban took over the state, describing how they bought child brides for the militants and killed women wearing the wrong clothes.

The Taliban is known to oppose women’s education. In one instance, the Taliban sent burial shrouds as a threat to a girls’ school in the Herat region. And in the Helmand province, there is no formal education system for girls.

The unchecked rise of the Taliban poses a grave threat to Afghan women. Under their rule, women have been beaten for the length of their burqa or for painting their nails, and people have been horrifically executed for their sexual orientation.

During the first phase of the Taliban regime in Afghanistan, women were not allowed to travel without a male guardian, and were punished if they were perceived as too independent.

Many remain in fear of being pushed back to an oppressive past. The Taliban has stated that they will protect women’s rights in accordance with Sharia law and within their approved framework. Despite the assurance, one female Afghan journalist in her interview with Euronews said that she fears for the safety of Afghan women as many female journalists and activists are at the risk of being stoned by the Taliban

Another female journalist in an interview with the Guardian said that female journalists are desperately seeking help from embassies before destroying any evidence of their work. Many Afghan women fear losing their identity under the Taliban.

The translation of this promise looks very different for women. An Afghan woman in Kabul shared her ordeal of hiding her identification cards and diplomas, fearing what would happen to her if they were found.

In an interview, an Afghani female judge recounted how the Taliban views female judges as infidels. Many journalists and women who made public appearances are also at risk of persecution by the Taliban.

If the Taliban were to reform, it would require shedding their core fundamentalism and misogyny towards women, which is very difficult as their interpretation of woman’s duties equates traditional feminine roles.

Article 27 of the Geneva Convention calls for protecting women from sexual violence. Afghan women are presently at risk of sexual slavery. According to international news, in July 2021, Taliban officials asked local religious leaders to provide them with the names of girls over 15 and widows under 45 years of age to be married to the fighters.

The Taliban’s rigid interpretation of Sharia law categorically targets and executes sexual minorities. Gay Afghan author Nemat Sadat cautions about the dehumanization of queer people, warning that under the Taliban they can be sentenced to death for their identity.

It is important to recognize that the crisis unfolding in Afghanistan is not a new development. Afghanistan has been stuck in a humanitarian crisis with decades of constant warfare and oppressive militant regime.

The international community needs to protect Afghan women and sexual minorities from war crimes and sexual violence. The conversation needs to change from protecting women’s honour to enabling them to protect their bodily autonomy — safety from harm is a basic human right.

There is an urgent need to ensure that gender-based violence does not take precedence in Afghanistan. Canada’s Feminist International Assistance Policy can play a significant role to that end.

Feminist organizations need to mobilize their financial resources to help Afghan men, women and sexual minorities escaping violence. Apart from helping Afghan refugees with secure accommodations, humanitarian organizations need to consult Afghan women’s organizations and bring them on board to design strategies that will protect their rights and bodily autonomy.

Scholars have criticized Canada’s role in Afghanistan in the past as means to elevate its profile in the international community than focusing on sustainable development and peacebuilding. Canada’s refusal to legitimize the Taliban government and the commitment to work alongside the U.S. and the United Kingdom must lead to honest engagement to ensure the safety of Afghans.

As a Ph.D. student whose work examines gender, humanitarian assistance and international development, I propose the following policy actions for Canada and other donor countries:

Without sustained efforts from international organizations, Afghanistan will be far from reaching gender equality. In the absence of a strong policy framework, we will witness history repeating itself again — the lives of women and sexual minorities hang in the balance.