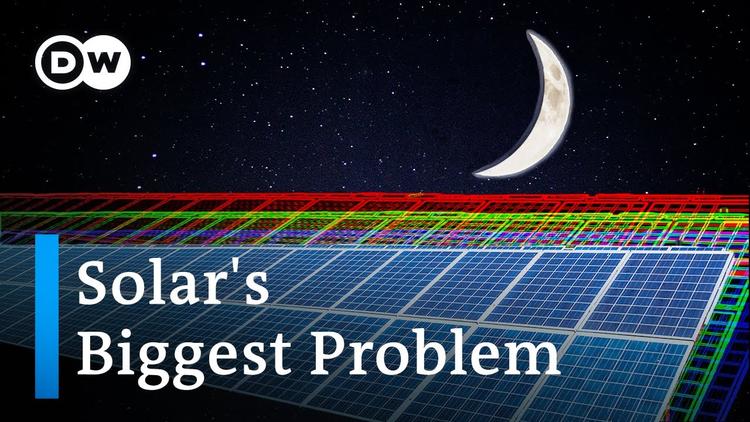 Ann Arbor (Informed Comment) – The green energy proposals in the $3.5 trillion Democratic Party infrastructure bill now being heatedly debated have been attacked from the Right and even the center as “costly.”

The faster we put in solar panels and wind turbines, the more money we will save, to the tune of trillions of dollars. That is the conclusion of Oxford researchers on technological change.

Many writers on the infrastructural changes we need to make to fight the climate emergency have assumed that replacing old technology and infrastructure will cost a lot of money. This way of thinking imagines replacing coal plants or internal combustion automobiles with new, decarbonized infrastructure as like replacing concrete buildings with marble ones. They have therefore urged that we go slowly, so as to spread out the cost over decades without overburdening people living in any particular moment along the way.

There is another possibility, though. What if things like photovoltaic solar panels and wind turbines are not like expensive marble, which you need gradually to quarry and slowly to bring in to replace cinder block walls in buildings? What if they are like computer chips compared to a phalanx of abacuses?

Moore’s law was put forward in 1965 by San Francisco-born engineer Gordon E. Moore, a founder of Intel. He said that the number of transistors per silicon chip doubles yearly. Actually, we have seen a doubling of computer chip capacity about every 18 months for the past 50 years. Moore’s Law has enabled computers to plummet in price while skyrocketing in computing power.

Kevin Kelly, a co-founder of Wired, writes at his kk.org site that it is possible that Moore’s Law is not so much physical as social and economic, and it worked because the very assertion that silicon chip power would grow exponentially rather than serially gave permission to engineers and angel investors to try to make it so.

In that way, Moore’s Law would intersect with another well-known principle, Wright’s Law, put forward in 1936 by Theodore P. Wright on the basis of observations of the aviation industry. It predicts that the more we produce of a new technology and the more familiar we become with it, the more its costs fall. Wright found that for every doubling in the production of aircraft, the price fell 20 percent.

Oxford University’s Eric Beinhocker, J. Doyne Farmer, and Cameron Hepburn report at Bloomberg about a paper by Farmer and François Lafondade at Sciencedirect that makes exactly this astonishing claim.

In the paper, the authors point out,

“The first commercial nuclear power plant opened in 1956 and the first practical use of solar photovoltaics was as a power supply for the Vanguard I satellite in 1958. The cost of electricity generated by nuclear power is highly variable, but has generally increased by a factor of two or three during the period shown here. In contrast, a watt of solar photovoltaic capacity cost $256 in 1956 (Perlin, 1999) (about $1910 in 2013 dollars) vs. $0.82 in 2013, dropping in price by a factor of about 2330. Since 1980 photovoltaic modules have decreased in cost at an average rate of about 10% per year.”

The Bloomberg article points out that the solar panels’ 10% annual price drop is what one would expect if advances in this technology were following Moore’s Law.

In contrast, fossil fuels such as petroleum, coal and natural gas provide no similar cost savings or increased power over time. They note,

“Interestingly, fossil fuels don’t follow such cost improvement curves (despite receiving far more in subsidies — $447 billion worldwide for fossil fuels versus $128 billion for renewables, according to the latest figures). We’ve analyzed more than 140 years of data on oil, coal and natural gas and found that their inflation-adjusted costs are roughly the same as they were in the late 19th century,”

So here is the astounding conclusion of the authors: If we transition as rapidly as possible to wind and solar, we will actually save trillions of dollars. We’ll be dumping a technology with fixed costs and fixed yields, and moving to technologies that get 2000 times cheaper over half a century.

Not only has the cost per watt of photovoltaic solar technology fallen like a meteor, efficiency has also improved, if less rapidly.

This site at Lafayette University observes, “In 1955, Hoffman Electronics-Semiconductor Division introduced photovoltaic products with only a 2% efficiency, with an energy cost of $1,785/Watt (USD).” The efficiency of real-world panels now ranges up to 25%, and in laboratory settings 44% has been achieved. Residential solar now costs less than $3 per watt and falling.

Going big into solar in 2021 is like buying Apple stock in 1980 at $22 a share and then enjoying the ride for the next decades. (And this tidy profit at the stock market would just be an economic expression of the operation of Moore’s Law).

And if Wright’s Law operates on the new technology of the electric vehicle, as we manufacture more and more of them (Germany now has a million on the road), we could see dramatic price reductions. Again, the same downward price curve cannot be expected regarding gasoline vehicles.

DW Planet A: “How solar energy got so cheap, and why it’s not everywhere (yet)”