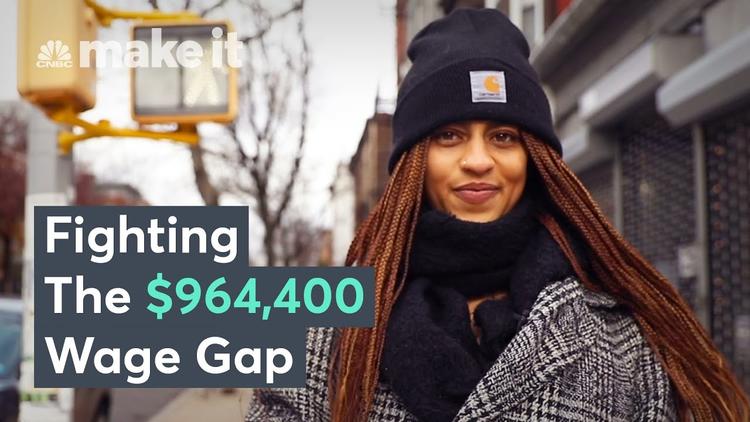 Leading Black labor organizers and policy advocates share their visions for advancing racial equity in the Covid recovery — and beyond.

As our second pandemic Labor Day approaches, Black worker leaders are determined to never again bear the brunt of a national crisis as they have under Covid-19.

At least four U.S. employees have now been killed as they tried to enforce mask mandates — and all of them were Black essential workers.

Countless other Black Americans, who make up a disproportionate share of retail, food, social service, and other frontline workers, have had to contend with anti-maskers’ racist slurs and other abuse — on top of their relatively high rates of Covid-19 infection.

Black workers who lost their jobs during the crisis have also had a rocky return to employment. As of July, the Black unemployment rate was 8.2 percent, compared to 4.8 percent for white workers.

How can we make the recovery more equitable — and improve conditions for Black workers before the next crisis hits? We asked nine leading Black labor organizers and policy advocates for their views.

“If our work is truly essential, then we deserve the right to negotiate with our employers for better pay and benefits,” said Erica Smiley, Executive Director of Jobs With Justice.

Smiley’s focus on collective bargaining rights was common among our interviewees. This is hardly surprising at a time when CEO pay is soaring as employees are suffering. An Institute for Policy Studies analysis of the 100 largest low-wage employers found that average pay for their virtually all-white CEOs rose 15 percent to $14 million in 2020. That’s 689 times as much as their typical worker pay.

One of these overpaid CEOs, Amazon’s Jeff Bezos, presided over the blatant suppression of an organizing drive this past spring at an Alabama warehouse where the workforce was more than 80 percent Black. Although the union did not win the vote, Linda Burns, a mother of five who worked at the facility for over a year, told us the “fight is not over” for “better wages, better working conditions, and equal opportunities for all workers at Amazon.”

The workers are getting a chance at a re-vote after federal authorities determined Amazon acted inappropriately to block the union.

Organizers emphasized that the Alabama Amazon battle strengthened the case for the Protecting the Right to Organize (PRO) Act, a federal bill to ensure every worker’s right to advocate for themselves without fear of employer retaliation. Labor advocates, joined by allies in the climate, peace, LGBTQ+, and other movements, are upping the pressure on a handful of conservative Senate Democrats who are holdouts on the PRO Act.

“If our work is truly essential, then we deserve the right to negotiate with our employers for better pay and benefits,”

AFL-CIO chief economist William Spriggs noted that Black workers arguably have the most to gain from the bill because they have “suffered the greatest collapse in their protection of collective bargaining agreement coverage.” The Black unionization rate fell from

Jonathan Smith, New York Metro Area Local President of the American Postal Workers Union, commented on how labor unions have “showed Black America the power of we over me.” He’s encouraged by the broad public support for protecting unionized postal jobs and making it easier for all workers to join unions and reestablish the middle class.

Black worker leaders also see huge opportunities for addressing the care crisis that has hit their communities particularly hard. Black workers make up 23 percent of all home health care jobs (nearly double their share of the U.S. workforce), which tend to be poorly paid with no benefits. President Biden has proposed $400 billion to support living wage jobs in this sector and billions more to provide subsidized child care and paid family and medical leave.

Allison Julien, the We Dream in Black organizer for the National Domestic Workers Alliance, said these proposals would help both care workers and those who need care. “Many Black families are piecing together care for loves ones with little to no additional financial support,” she said.

Kalipeni and Julien’s organizations are part of a “Care Can’t Wait” coalition that is fighting to keep robust care infrastructure investments in the budget deal as it moves through Congress.

Tanya Wallace-Gobern, Executive Director of the National Black Workers Center, hopes the current crisis will create an opening for expanding workplace health and safety standards “beyond trips, slips, and falls” to include protections against racial discrimination, harassment, and violence. These are hardly new problems, but they have surged in a highly polarized political climate that has empowered white supremacists.

Abusive conditions for restaurant servers have contributed to staffing challenges in many parts of the country. Organizers are working to leverage this to win long-overdue improvements for the restaurant workforce, which is disproportionately people of color.

While these workers have “prepared our food, delivered it to our doorsteps, or brought it to our table, helping our nation to remain safe and healthy while risking themselves, many still earn subminimum wages and have no access to paid leave and health care,” said Dr. Sekou Siby, president and CEO of Restaurant Opportunities Centers (ROC) United.

The mobilizations sparked by police brutality have also strengthened demands on big corporations to go beyond PR buzzwords when it comes to racial justice.

“We cannot let corporations say Black Lives Matter and then give money to decimate the voting rights of Black and Brown voters or fight against union rights or raising the minimum wage,” said Renaye Manley, who chairs the board of the Worker Center for Racial Justice and leads the SEIU capital stewardship program and shared her personal views with us. “We are in the position to call them out and to change behavior in a way that builds power and respect for our communities, and workers.”

None of the Black leaders we spoke to had any illusion that we can fully achieve Black worker justice without the long-term transformative change of our political and economic systems. But they all recognized the momentousness of the moment.

“We will have to answer to future generations about how we responded when it became inarguably clear that our economy doesn’t work for those whose work makes everything else possible,” said Kalipeni of Family Values at Work. “By solving with and for Black workers, especially Black working women, we will create an economy that works for all.”

CNBC Make It: “How Corporate America Is Failing Black Employees”