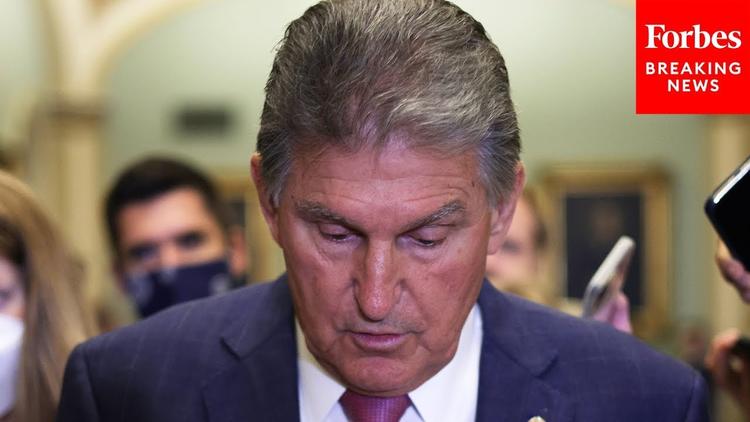 ( The Conversation) – President Joe Biden has a goal for all U.S. electricity to come from zero-carbon sources by 2035. To get there, he’s counting on Congress to approve an ambitious package of incentives and penalties designed to encourage utilities to clean up their power sources. That plan, part of the Democrats’ proposed budget package, may be in trouble.

Sen. Joe Manchin, a West Virginia Democrat who has close ties to the coal, oil and gas industries and concerns about the speed of Biden’s planned emissions cuts, will oversee that part of the budget as chair of the Senate Energy and Natural Resources Committee. Manchin has emphasized using “all energy sources” as “cleanly as possible” and described the idea of eliminating fossil fuels as “very, very disturbing.” He reportedly wants to lessen the proposed incentives and penalties for utilities, known as the Clean Electricity Payment Program, and reward companies for burning natural gas.

We asked Michael Oppenheimer, director of the Center for Policy Research on Energy and Environment at Princeton University, about the potential impact and alternatives the administration has for reaching its goals.

1. Natural gas was often described as a bridge fuel that could ease the transition from highly polluting coal-fired power plants to scaling up cleaner energy like solar and wind. Can it still play that role, as Sen. Manchin suggests?

My position on natural gas has changed over the years. For decades, I and a lot of other people thought natural gas would be a bridge fuel. It emitted about half as much carbon dioxide as coal, and it got much cheaper as hydraulic fracturing expanded to make the U.S. the leading gas producer. Utilities on their own started switching away from coal, and anticipation of the Obama administration’s greenhouse gas regulations pushed them faster.

But natural gas has a problem. Its drilling operations, transmission pipelines and distribution systems in cities – every part of that system – are considerably more leaky than the Environmental Protection Agency estimated. Natural gas is composed mainly of methane, a greenhouse gas many times more potent per molecule than carbon dioxide, though it doesn’t stay in the atmosphere as long.

We also now know that the world is very close to entering a climatic danger zone. The latest IPCC report lays out the scientific evidence in the strongest terms for how human activities, particularly those that burn oil, gas and coal, are unequivocally warming the planet in ways that are causing rapid changes in temperatures, precipitation, ice and sea level, and extreme weather.

One of the quickest things a country can do to slow its climate impact is to eliminate methane emissions. The gas stays in the atmosphere for only about 12 years, compared to centuries or longer for carbon dioxide. Yet even with minimal leakage, natural gas combustion still produces carbon dioxide. If you’re trying to plan a U.S. energy future, you don’t want to encourage a lot of new fossil fuel infrastructure and exploration. It can’t be a bridge for long enough to justify the investment – the climate can’t bear it.

2. Can the US slow down the pace of change and give the energy industry more time, like some utility CEOs and Sen. Manchin have suggested?

Unfortunately, no. We’re already headed for at least 1.5 degrees Celsius of warming, where the Paris Agreement’s danger zone starts, and we anticipate significantly more damage at 2 degrees. Every increment of warming brings more harm.

Climate models show that extreme events, like the heat waves and flooding the U.S. saw this summer, are already more common around 1.5 degrees, and they only worsen after that. It’s going to be harder to protect ourselves beyond 1.5 degrees, and much harder beyond 2 degrees. The costs are already getting prohibitive for many communities.

For example, sea level rise is accelerating fast enough that by 2050 in a world headed for 2 degrees of warming, many coastal locations around the world, including in the U.S., will face high-water levels every year equal to or greater than their historical 100-year flooding event. Eventually, in some areas, the daily high tide will bring flooding equivalent to that high-water mark.

I’ve been working on these issues since 1981, and it’s been the same story over and over again from many industry officials and politicians – what’s the hurry; let’s wait another year. There was always some argument for slowing action down or putting it off indefinitely. That’s why we’re currently facing one climate disaster after another.

The costs get higher the longer the world delays.

3. The fossil fuel industry would benefit from billions of dollars in support through the infrastructure bill for carbon capture and storage, which could allow power plants, refineries and factories to continue generating greenhouse gases. Sen. Manchin supports that technology, but can it meet the U.S. goals?

The industry was talking about carbon capture and storage as a silver bullet 20 years ago, yet today there are still only about two dozen commercial-scale projects operating worldwide. In the U.S., most involve ethanol or fertilizer production or natural gas processing plants, and almost all of them send the captured carbon dioxide for use in enhanced oil recovery, a technique for forcing more oil out of wells. Two attempts to build large power plants with carbon capture, in Illinois and Mississippi, generated a lot of buzz in the early 2000s but ultimately failed, with billions of dollars in cost overruns.

The technology was too expensive then, and it hasn’t gotten cheaper. Our government never found a way to do carbon capture and storage demonstration projects on the scale needed to get out the bugs and reduce the price.

The next question is what are you going to do with all that captured carbon dioxide? There will be local and environmental justice concerns about pipelines and burial. While I recognize that power lines engender opposition, too, why not just spend the effort improving the electric transmission and storage system, to create a smart grid for renewable energy, reserving carbon sequestration for later in the century in case we need to resort to direct air capture of carbon dioxide?

4. If the budget bill is weakened, what does that mean for the Biden administration’s commitments to reach zero-emissions electricity by 2035 and net-zero emissions overall by 2050?

The federal budget isn’t the end game. It’s only one step. Because Democrats in Congress plan to use the reconciliation process to move this legislation, this bill has to be about financial incentives and penalties. Beyond that, there is still room for EPA to adopt new and stronger regulation of greenhouse gas emissions.

While those can be undone by future presidents, as we saw during the Trump administration, the public and Congress are now starting to understand the price of unrestrained climate change. It’s hard to ignore wildfires that force you from your home or storms that flood your street.

That means it will get harder for the next president to simply repeal all the regulations the way the Trump administration tried to do. I believe the value of having a stable regulatory system will become evident very quickly.

My colleagues at Princeton published a report last winter that laid out five pathways to get America to net zero emissions. They focused on a few pillars, emphasizing energy efficiency, electrification, renewable energy, biofuels, nuclear energy and carbon capture. In my view, the first three are promising, the last three problematic.

A rapid transition remains doable – but it’s bigger than the slice of the $3.5 trillion now proposed for dealing with climate change. It will require federal mandates, incentives and disincentives to move a lot of private investment away from fossil fuels and into renewables. Mostly, it will require political will and determination – commodities that seem to be the scarcest of all resources.