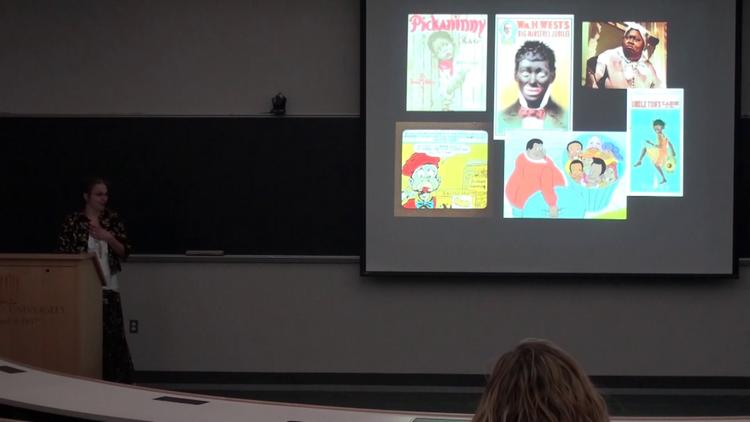 Ann Arbor (Informed Comment) – African-Americans have complained about the tendency of commentators to compare political suppression and regressive policies of white Republicans to slavery. Nothing, they rightly maintain, is like slavery.

But some GOP laws passed by elite white males are very much like Jim Crow-style discrimination.

Voter i.d. laws, for instance, are completely unnecessary to deal with voter fraud, since there is virtually no voter fraud in the United States. Requiring an i.d. to vote requires that the working poor take off a day and lose a day’s pay at the DMV to apply for an i.d. card that they do not need. We are not Nazi Germany, where it is legal for law enforcement to ask for your “papers” if you are just walking down Main Street minding your own business. So there really is only one reason to pass a law requiring that people who don’t drive and can’t afford a car must have a driver’s license or DMV-issued identity card. It is the hope that their poverty will dissuade them from losing a day’s work, or will make it hard even to get to a DMV office, which in turn will deprive them of the right to vote.

“Following the ratification in 1870 of the 15th Amendment, which barred states from depriving citizens the right to vote based on race, southern states began enacting measures such as poll taxes, literacy tests, all-white primaries, felony disenfranchisement laws, grandfather clauses, fraud and intimidation to keep African Americans from the polls.”

These measures were attempts by southern white male elites illegally to sidestep the 15th amendment and thus to subvert the U.S. constitution. They succeeded for nearly a century because of a long succession of racist supreme and state courts and racist Southern legislators.

Voter i.d. laws are the direct successors of Jim Crow voter restrictions, with the wrinkle that they are based on class rather than race. Since, however, class in the U.S. is closely connected to race, they do double duty in squelching democracy and the political participation of the poor and working poor. If the latter category contains substantial numbers of whites, too bad. They might after all vote Democratic and need to be stopped from voting.

In contrast, the literacy tests of the Jim Crow era were manipulated so that poor whites were treated more leniently than African-Americans. Jim Crow was about racial caste, and denying the franchise to whites in the same way as was done to African-Americans would have detracted from caste privileges.

Today’s southern GOP is less interested in caste and more interested in sectarian politics and ensuring that the Republicans always win the elections. Thus, they are happy to disenfranchise even white voters who can’t be depended to vote Republican.

Republicans and Democrats have a big gender gap, with women preferring the Democratic Party by, typically ten percentage points. Hence, not only poor whites but females need to be put in their place.

Declaring that women are not in charge of their bodies and that elite white males will make their most intimate decisions for women underlines this sectarian, party politics.

Professor Michele Goodwin of UC-Irvine explains at ACLU.org that, like voter suppression, anti-abortion laws have roots in the Jim Crow era. After they were briefly given the vote in the South after the Civil War, African-Americans had it taken back away from them by southern state legislators until 1965. Likewise, African-American women were prohibited from practicing as midwives and, indeed, the entire profession of the midwife was decertified by medical authorities. African-American midwives had been widely popular, but after emancipation they were viewed as unwelcome competition by white male physicians. In segregationist states, African-American male physicians, female midwives, and women of all races were denied certification by the American Medical Association. White hospitals not only refused to employ African-American women to provide medical services, they also excluded Black male physicians, nor did they typically accept Black patients

Depriving women of medical authority was seen by white physicians as just as important as excluding non-white minorities.

“Then, just as now, anti-abortion efforts have nothing to do with saving women’s lives or protecting the interests of children. Today, a person is 14 times more likely to die by carrying a pregnancy to term than by having an abortion, and medical evidence has shown for decades that an abortion is as safe as a penicillin shot—and yet abortion remains heavily restricted in states across the country.”

Abortion laws were a means for the white Southern male establishment to claim control over the bodies of both Black and white women, but much more over those of minority women.

“Today, as people debate whether anti-abortion platforms benefit Black women, the clear answer is no. The U.S. leads the developed world in maternal and infant mortality. The U.S. ranks around 50th in the world for maternal safety. Nationally, for Black women, the maternal death rate is nearly four times that of white women, and 10 to 17 times worse in some states.”

Class inequality is the best predictor of high infant mortality rates and high rates of death in childbirth. Abortion restrictions are a badge of class and gender inequality. The anti-abortion states are about control of and class subjection of poor and minority women (wealthy white women can jump on a plane for an abortion). That is why they have maternal and child health statistics that are worse than some third world countries. Don’t believe me?

Try this Health Policy and Planning article about Cuba: “Cuban life expectancies of 79.5 years and infant mortality rates of 4.3 per 1000 live births (2015) compare well with rich nations like the USA (78.7 years and 5.7 per 1, 000 live births) yet its per capita income of 7602.3$ make it one of the poorest economies in the hemisphere.”

Texas’ infant mortality rate? 5.9 per 1,000, much worse than Cuba. Who cares more about the lives of infants?