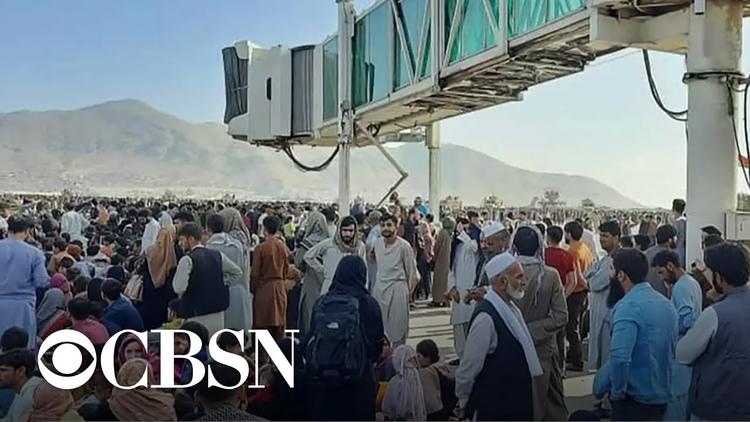 Ann Arbor (Informed Comment) – UN World Food Program surveys in August and September, Al Jazeera reports, found that 93 percent of Afghans already are not getting sufficient food, for the most part because they lack the cash to purchase it.

Things are about to get worse, as Afghanistan under the Taliban is cut off from the $4 billion a year in international aid that had kept it afloat.

Here’s some of how that will work:

Mohammad Sajjad Sajjadi at Euronews Dari Persian interviews Afghan officials predicting the collapse of the Afghan monetary system now that the Taliban have taken over.

They point out that because several top Taliban leaders are under sanctions and accused of terrorism, member states of the World Trade Organization will not trade with Afghanistan now. The country will not be able to export or to import, its banks will be cut off from the international banking exchanges. There will be no way to receive Afghanis (the Afghanistan currency) from Kabul banks if you are an exporter abroad. There will be no way to send dollars to Kabul if you are an importer abroad. In turn, that means no exports and no imports.

Moreover, the banking system is in big trouble. A Central Bank official who asked to remain anonymous pointed out that the government only has two choices.

It can keep the banks open, in which case there will be a run on them. Banks work by lending money, so they don’t have all their assets on hand. If the full complement of account owners ask for their money at once, the bank can’t provide it and collapses.

The other possible policy is to put restrictions on withdrawals. But that way of proceeding would leave people without access to their money and reduce the money supply, causing deflation and economic stagnancy.

Either way, the Afghani currency is in big trouble

All this is why, Al Jazeera reports, United Nations Secretary-General Antonio Guterres said at a donor conference Monday, “The financial system at the moment is extremely limited, which means that a number of basic economic functions cannot be delivered.”

Kabul is a city of 3 million, the size of Chicago inside city boundaries, and Kandahar and other cities have hundreds of thousands of residents. They can’t live on subsistence agriculture.

The UN estimates that food stocks could run out by the end of September. As I reported in August, some 14 million Afghans are food insecure, up from 12 million last spring. Even under the American-sponsored Ashraf Ghani government, about a third of the population was in danger of missing meals if any little thing went wrong.

Guterres made an emergency appeal for aid from international donors and garnered pledges of about $1 billion.

The United States pledged $63 million, which is not very much, but then Washington just lost a war. It contrasts with the billions it was willing to spend on bombs made by US arms manufacturers to drop on Afghanistan.

Guterres was pleased with the response, though it should be noted that very often these pledges are later reneged on by the donors and he’ll be lucky to get half that.