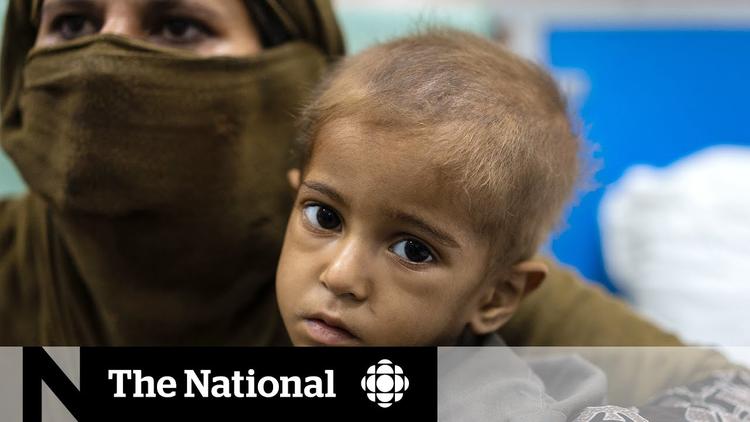 The Taliban’s cruelties are horrendous, but withholding international support and maintaining blanket sanctions will only hurt the long-suffering Afghan people.

Millions of Afghans are now facing severe economic stress and food insecurity in the wake of the Taliban’s August takeover, set off by widespread lost income, cash shortages, and rising food costs. Officials with the UN and several foreign governments are warning of an economic collapse and risks of worsening acute malnutrition and outright famine.

Surveys by the World Food Program (WFP) reveal over nine in ten Afghan families have insufficient food for daily consumption, half stating they have run out of food at least once in the last two weeks. One in three Afghans is already acutely hungry. Other United Nations reports warn that over 1 million more children could face acute malnutrition in the coming year.

One main cause of the crisis is that governments in August stopped payments from the World Bank-administered Afghanistan Reconstruction Trust Fund, previously used to pay salaries to millions of civil servants, doctors, nurses, teachers, and other essential workers. Afghanistan’s health and education systems, among other sectors, are collapsing. Millions of Afghan families have lost their incomes.

Donor governments are understandably concerned about actions that would bolster or appear to legitimate Taliban authorities who are arbitrarily arresting and attacking activists, journalists, and former government workers and adopting policies and practices that violate the rights of women and girls to education, employment, and freedom of movement. They have already imposed severe restraints on activists, women, and the media and resumed executions.

But Afghanistan’s underlying economic and humanitarian problems, which disproportionately affect women and girls, cannot simply be ignored because of the Taliban’s record.

The U.S. Treasury on September 24 did issue new guidance and licenses that authorize electronic transfers with Afghanistan banks and other entities for humanitarian purposes. The problem is that electronic transactions alone cannot address the crisis. The Afghan Central Bank needs to be able to supply physical dollars and afghanis.

But after the Taliban takeover, the New York Federal Reserve cut off the Central Bank’s access to its U.S. dollar assets and capacity to settle U.S. dollar transactions with other banks — and its capacity to purchase paper dollars from the Federal Reserve to ensure liquidity and currency stability. The World Bank also stopped the bank from accessing its assets held by the International Monetary Fund.

U.S. dollar transactions, including paper transactions, are integral to Afghanistan’s economy. Most of the country’s gross domestic product comes from outside the country in the form of dollars — donor money, remittances, export income. If the Afghan Central Bank isn’t provided with a method of settling dollar accounts and obtaining new paper currency in dollars, liquidity problems and cash shortages will only grow worse. Local currency issues also need to be addressed. Companies that print Afghan currency in Europe, concerned about sanctions, still cannot ship new bills to Kabul. Taliban authorities have no capacity to print money.

Afghanistan’s economy has a limited capacity for resilience. The new Taliban authorities, like the previous government, do not possess adequate revenue sources to fund basic government services. This is a country that has relied on outside donors to help with such services for most of its modern existence.

The UN has announced a plan to send $45 million to support the health sector via UN agencies — but this will not solve the paper and liquidity crises. It’s not the UN’s role to fly millions of physical U.S. dollars into Afghanistan. Foreign governments need to figure out how to restore funding to public services, not only health but also education, using the country’s banks and without enriching the Taliban or facilitating their abuses.

In doing so, the U.S. government and other main donors to Afghanistan will need to adjust sanctions policies and reach agreements allowing the Central Bank to process selected transactions and obtain paper currency. Donors and the Taliban will also need to agree on methods for supporting vital services through independent organizations such as the UN or non-governmental organizations.

The Taliban will have to accept that concerns about providing direct budgetary support, and preventing corruption, will require independent financial oversight of transactions — something UN and international financial authorities already do. The Taliban will also need to accept that donors will only support assistance and services that are equitably distributed to women and men, girls and boys, and allow systems to monitor and ensure that services benefit all Afghans.

Inaction is untenable. The Taliban’s cruelties are horrendous, but walking away from past support for vital services, politically and economically isolating the country, and maintaining overbroad, blanket financial restrictions, won’t mitigate the abuses, but only hurt the Afghan people more.