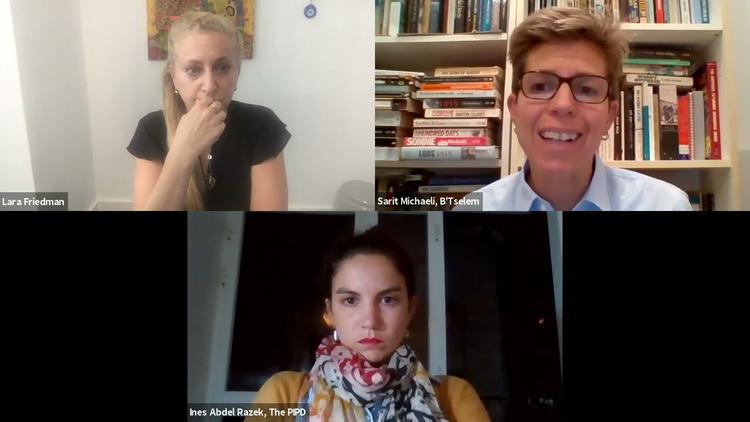 Ann Arbor (Informed Comment) – Al Jazeera English reports that on Friday, the Israeli government declared six human rights organizations active in the Occupied Palestinian West Bank to be terrorist organizations. The government of Prime Minister Naftali Bennett and Foreign Minister Benny Gantz thus brought Israel into the grand tradition of modern Middle East dictatorships. While Israel is a wounded democracy for its Jews, it is an outright military junta for the 5 million stateless Palestinians it occupies. So it is not surprising that it has begun acting like other military juntas in the region.

It is almost like, if you want to know what civil politics a Mideast regime is most scared of, look at the nonviolent activities it brands “terrorism.”

The offices and computer files of these human rights groups will be raided and everything confiscated, and peaceful activists could be arrested and face long prison sentences, given the taboo that exists regarding terrorism. This Israeli step is another in a long series attempting to criminalize just being Palestinian. Israeli “hasbara” propagandists have worked for 74 years to convince the world that all Palestinians are ipso facto terrorists.

The biggest reward Israel will reap from this action is that all the Youtube videos and social media accounts of the six human rights organizations will be taken down, since the US government always backs Israel on “terrorism,” and so much of the history of Israeli Apartheid actions against Palestinians will be wiped off the internet.

Let’s look at the company Israel is joining.

First, let’s consider the theocracy of Iran. The US Department of Justice reported, “The government reportedly held some persons in prison for years on unfounded charges of sympathizing with alleged terrorist groups. So in the Middle East you can be jailed for “sympathizing” with a group that the government brands “terrorist.”

Then when Narges Mohammadi started a ‘Step by Step to Stop the Death Penalty” party, the Tehran regime accused her of “propaganda against the state” and “assembly and collusion against national security.” Iran is among the biggest executioners in the world, right up there with Saudi Arabia, Egypt, Iraq and China. They sentenced her to 16 years in prison, basically on terrorism charges. She terrified the regime by campaigning for an end to capital punishment.

Then, there’s the military regime in Cairo, where Field Marshall Abdel Fattah al-Sisi calls himself a president and wears a business suit:

In 2018, Human Rights Watch reported with alarm that

The state security courts and counter-terrorism edicts were used to target bloggers like Wael Abbas, a campaigner against police torture, and Amal Fathy, “a political activist and the wife of the head of the Egyptian Commission for Rights and Freedoms, a human rights organization.” The police also swept up, under the rubric of “terrorist,” Shady Abu Zaid, “a comic known for a 2016 viral video in which he inflated condoms and handed them to security forces guarding Tahrir Square on the anniversary of the 2011 Egyptian revolution.”

Then we have the case of Syria. Human Rights Watch wrote in 2019 that it has “documented that Syrian authorities have used overbroad language in the counterterrorism law to criminalize providing humanitarian aid, recording human rights abuses, and engaging in peaceful dissent.”

Charitable work, documenting government violations of human rights, and peacefully disagreeing with the government are not only crimes in the eyes of the Baath one-party dictatorship of Syria, they are actually terrorism.

One of the favorite charges of the dictatorships against human rights workers is that they are traitors, receiving foreign money to undermine their own government. My teacher Saad Eddin Ibrahim in Egypt founded the Khaldun Center human rights organization in the late 20th century and early in the 21st he and it were accused of taking — gasp– money from Europe.

Guess what? Receiving European funding is yet another Israeli charge against the 6 groups.

The Israeli authorities allege that these peaceful human rights organizations are fronts for the People’s Front for the Liberation of Palestine, a party-militia that is part of the Palestine Liberation Organization that more or less runs the West Bank. The PFLP has a violent past. But I don’t know. If you were the Israeli government, shouldn’t you be happy that the PFLP is doing human rights work and has given up hijacking planes?

Of course, since the Israeli government declaration just came down as a decree, we don’t have any actual evidence that groups like al-Haqq had any relationship to the PFLP at all. Alex Kane and Maryam Barghouti have explained the basis for this kind of smear of Palestinian civil society organizations at 972mag. Even if they did have some tenuous connection, you can’t criminalize proximity. You have to show that a group, or individual, have themselves committed a crime. What do you want to guess that no such evidence will ever be presented?

The real reason for this Draconian measure is that human rights groups in the Occupied West Bank have done a good job of publicizing the horrible human rights abuses of the Israeli military regime there, as well as the acts of terrorism of illegal Israeli squatters on Palestinian land and the Israeli security forces that often abet them. It is not only about repressing Palestinians. It is about blinding the world to the crime of Apartheid that Israel is committing.