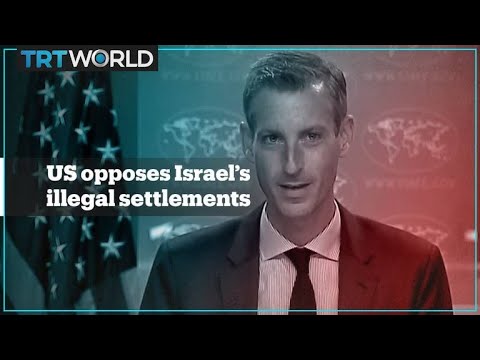 Ann Arbor (Informed Comment) – The Israeli newspaper Arab48 reports that Israeli authorities are authorizing 3,144 new housing units for squatters on Palestinian-owned land in the Palestinian West Bank. The move is spearheaded by Prime Minister Naftali Bennett and his expansionist Yamina Party, and was greeted with outrage by some elements of the unwieldy 8-party coalition of the present government.

Arab48 reports that Bennett asked the Yamina members of parliament to keep their silence and not engage in arguments with other coalition members about the squatter settlements. In other words, Bennett knows he has the executive power as prime minister to back this decision of the planning commission, and doesn’t need the headache of parliamentary wrangling over it. Bennett, from a Bay Area American family and a dot com multi-millionaire, is a virulent supporter of the Israeli squatter movement that hopes permanently to usurp the Palestinian West Bank and forestall any future Palestinian state.

In contrast, the Biden administration says it is committed to a two-state solution to the Israeli-Palestinian conflict.

Barak Ravid at Axios reports that when Bennett came to see Joe Biden in Washington in August, the president pressed him for a moratorium on new squatting by Israel on the Palestinian West Bank. Such a moratorium would be necessary for Biden to bring the Palestinians back to the negotiating table. There is no point in holding talks with someone on how to share a piece of cake if the other person has already tucked into it and is devouring the piece even as you try to stake a claim to an ever-decreasing share.

Both the US envoy to Israel in Jerusalem and Secretary of State Antony Blinken remonstrated with the Israeli government over the move this week.

Naftali Bennet and his foreign minister, Benny Gantz, however, appear to have decided that Biden is too tied down by his difficulty in passing the Build Back Better act in Congress to devote much political capital to Israel/Palestine.

Biden’s pressure against squatter-settlements was also intended to mollify the progressive caucus in the Democratic Party, but Benntt and Gantz may have decided that if Sens. Joe Manchin and Kirsten Sinema can block the progressive agenda, then senators tied to the Israel lobbies can neutralize the progressives on Palestine.

In other words, the Israeli leaders felt comfortable in blowing off Biden and simply doing whatever they liked, secure in the knowledge that Congress will go on rewarding them with billions in US taxpayer dollars annually regardless of how illegally they behave.

Israel seized the Palestinian West Bank and Gaza by main force in 1967 and militarily occupied the Palestinian inhabitants. Under the Fourth Geneva Convention of 1949 and the Rome Statute of 2002, it is strictly forbidden for an occupying power to send its own citizens into an occupied territory. Israel, however, has annexed part of the West Bank and added it to its district of Jerusalem, settling tens of thousands of squatters on land owned by Palestinian families, and has sponsored the squatting of hundreds of thousands of Israelis in what is left of the West Bank. It is not actually any longer plausible to erect a Palestinian state on this moth-eaten West Bank and in Gaza, and Bennett’s current move is intended to continue the incremental colonization by Israel of Palestinian territory.

Jordan issued a strong protest against the plans for new squatting, pointing out that it violates numerous UN Security Council resolutions, including Resolution 2334 of 2016 (passed unanimously except for the US, which abstained).

1. Reaffirms: that the establishment by Israel of settlements in the
Palestinian territory occupied since 1967, including East Jerusalem, has no legal
validity and constitutes a flagrant violation under international law and a major
obstacle to the achievement of the two-State solution and a just, lasting and
comprehensive peace;

2. Reiterates its demand that Israel immediately and completely cease all
settlement activities in the occupied Palestinian territory, including East Jerusalem,
and that it fully respect all of its legal obligations in this regard;
3. Underlines that it will not recognize any changes to the 4 June 1967
lines, including with regard to Jerusalem, other than those agreed by the parties
through negotiations;

4. Stresses that the cessation of all Israeli settlement activities is essential
for salvaging the two-State solution, and calls for affirmative steps to be taken
immediately to reverse the negative trends on the ground that are imperilling the
two-State solution;

Iran was put under severe economic sanctions for ignoring UNSC resolutions on its nuclear enrichment program, and the Bush administration instanced Iraq’s violation of UNSC resolutions as one basis for its invasion of that country. Israel, however, gets away with serial violations of international law with impunity, and nothing will happen to it over this new outrage, either.