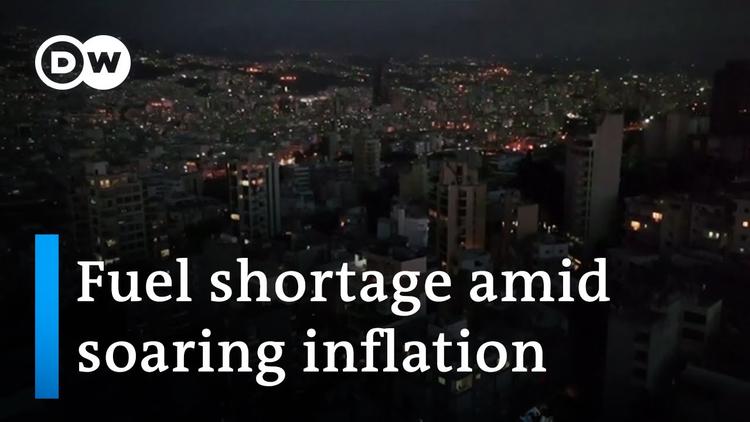 In the midst of a pandemic that has wrenched the world off its axis, Lebanon’s precipitous decline has not received the attention it deserves given the country’s strategic importance.

Bordering Syria to its north and east, and Israel to its south, Lebanon occupies a critical space in the Eastern Mediterranean. Its collapse would risk spilling over into surrounding areas.

The country is sagging under the weight of a vast refugee population from neighbouring Syria and a permanent Palestinian refugee presence. It certainly qualifies as a “crisis state”, which the London School of Economics defines as one in “acute stress”.

The question is whether the “crisis state” becomes, to all intents and purposes, a “failed state” under the LSE definition of one that “can no longer perform its basic security and development functions”.

Lebanon, which has taken more than a year to form a new government after an ammonium nitrate explosion ripped through its port area and forced the resignation of the government of the day, is again teetering on the brink.

Fuel shortages, which this week shut down its main power stations, have drawn the world’s attention to Lebanon’s continuing slide towards outright ruin.

The emergence last month of a new prime minister after months of wrangling over power sharing among the country’s confessional groups hardly engendered confidence in the new government’s ability to get on top of Lebanon’s problems.

Fuel shortages caused by a foreign exchange crisis in which the country is effectively bankrupt is merely one of a series of cascading problems that has prompted the World Bank to describe the situation as one the world’s top-10 “most severe crises since the mid-nineteenth century”.

The World Bank speculates that Lebanon’s crisis may well rank in the “top 3”. This includes the Great Depression of the 1930s.

In a report issued in June by its Beirut office before the formation of the new government, the bank said Lebanon faced

[…] colossal challenges [that] threaten already dire socio-economic conditions and a fragile social peace with no clear turning point on the horizon.

The installation of Najib Mikati, a billionaire telecommunications tycoon, as prime minister has coincided with a further step down in Lebanon’s fortunes to the point where its ability to arrest its slide now depends on outside help. But that’s the problem.

Potential international donors, led by France with its traditional ties to the country, are fed up with Lebanon’s inability to get its house in order and its endemic corruption, and fear external assistance will merely strengthen the radical Shi’ite Hezbollah’s grip on the country.

With Iran’s backing, Hezbollah has been portraying itself as Lebanon’s saviour. Iranian-supplied fuel has been shipped into Lebanon by truck from the Syrian port of Baniyas to circumvent US-imposed sanctions.

Since its emergence at the height of Lebanon’s civil war, which lasted from 1975-1990, Hezbollah has gradually strengthened its position as the dominant player in the country’s complex political make-up.

This divides power between Christian and Muslim confessional groups under a power-sharing arrangement brokered by France in 1943. A Saudi-mediated deal, known as the Ta’if agreement to end the civil war, acknowledged Hezbollah’s role.

Hezbollah is designated as a terrorist organisation by the United States and other countries.

In the three decades since Ta’if, Lebanon has got itself back on its feet under various administrations only to slide back again, and now disastrously.

The reasonable question in all of this, given its intense internal problems overlaid by a governance structure that is clearly outmoded, is whether Lebanon is ungovernable in its present form and risks breaking apart.

In an assessment of Lebanon’s status as a potential failed state the Council on Foreign Relations nominated the following criteria. These included the 75% (at least) of Lebanese living below the poverty line, the 1.7 million refugees whose plight is even worse than that of Lebanese nationals, the duration of power blackouts of 22 hours a day, and public debt of 175% of GDP.

Since that assessment in September last year the situation has got much worse, if that’s possible. The Lebanese pound is virtually valueless, having lost 90% of its value against the dollar in the past several years. The country is beset by hyperinflation with price rises of more than 400% putting basic foodstuffs beyond the reach of many. Lebanon’s economy contracted by more than 20% in 2020.

One-third of Lebanese are living in “extreme poverty”, according to the United Nations.

Not least of Lebanon’s problems is its huge refugee burden. The United Nations High Commissioner for Refugees (UNHCR) reports the country has 865,530 registered Syrian refugees among an estimated 1.5 Syrians in Lebanon.

On top of the Syrian presence, there are some 190,000 Palestinians in Lebanon, many in refugee camps. The Palestinians are effectively stateless and even more vulnerable to a deteriorating economy than the impoverished Lebanese.

Lebanon’s population, including refugees, stands at around 6.8 million.

Compounding Lebanon’s problems is an acute foreign exchange crisis. It is to all intents and purposes broke, and therefore unable to continue to subsidise imports of vital commodities, including food and medicine.

This has pushed prices through the roof.

Embattled Mikati put it bluntly after his swearing in.

Where are we going to get dollars to subsidise? We are dry. We don’t have any reserves or money that allows us to help.

Meanwhile, billions of dollars have flowed out of the country as wealthy Lebanese and corrupt officials have sought to shelter their assets given the collapse of the country ‘s banking system.

Banks have become insolvent. Thousands of Lebanese have lost their life savings. In the midst of this, they would have reason to be dismayed by revelations in the leaked Pandora Papers that prominent figures in government and the bureaucracy had been siphoning funds out of the country for years.

Among those identified as having shifted funds abroad is Riad Salameh, Lebanon’s long-standing central bank governor. He is the sole director of a British Virgin Islands company established in 2007.

Salameh is under investigation in Switzerland and France for potential money laundering and embezzlement. He has been accused in local Lebanese media of shifting funds abroad in violation of regulations. He denies having made any such transfers.

However, what is not in doubt is that Lebanon is one of the world’s most corrupt jurisdictions. This is contributing to its inability to put its house in order.

In the global Corruption Perception Index, recognised as the most credible assessment of global corrupt practices, Lebanon rates 137 on a list of 180 countries along with Russia, Papua New Guinea and the Democratic Republic of Congo.

On the Fragile States Index compiled by the Fund for Peace in collaboration with Foreign Policy magazine, Lebanon ranked 34 in 2020, down from 40 in 2019. Given its accelerating decline over the past 12 months, its 2021 rating may well rival that of failing states like Yemen, Somalia and Syria.

If Lebanon is not a failed state now it is certainly one in the making. This is barring a substantial intervention by reluctant international lending institutions and western governments concerned about its further slide towards an Iran-led “axis of resistance”.