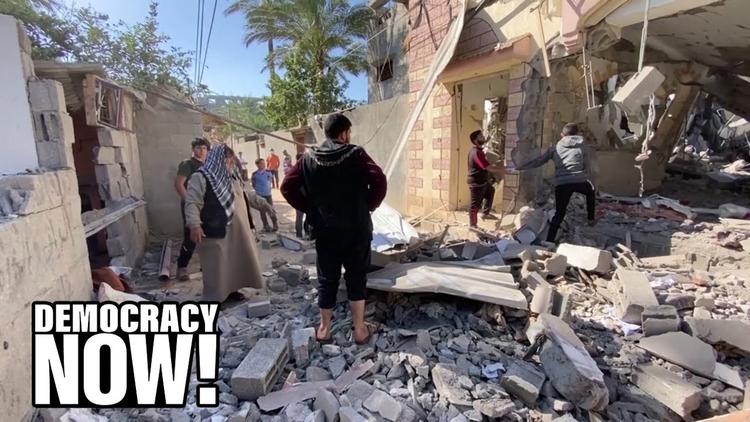 Ann Arbor (Informed Comment) – Apologists for Israeli policy have taken umbrage at the characterization of Israel as a settler colonial state that practices Apartheid.

They argue that Israel is unlike the settler colonial societies (the United States, French Algeria, Brazil, Mexico and all of Latin America, Australia, South Africa, Rhodesia) in that it established a democratic state and extended citizenship and equal rights to non-Jews.

While it is true that the 20 percent of the population that is what I call Palestinian-Israelis has Israeli citizenship, they are not treated as entirely equal to Israeli Jews, either in practice or in law. There are some 65 Israeli laws on the books that discriminate against Israeli citizens of Palestinian heritage. They cannot buy land held by the Jewish National Fund for instance, in an Israeli version of the racially restrictive covenants that were part of the mortgages of American whites in the first half of the twentieth century. Many of their villages are not officially recognized and are prevented from conducting repairs. In the 1950s Palestinian-Israelis were under martial law. In 2018 the Israeli parliament deprived Palestinian-Israelis of a share in Israeli sovereignty, which is invested solely in Jews. This would be like Congress saying that sovereignty in the United States of America is vested solely in white people.

Israel proper, within 1967 borders, most resembles the US, Mexico and Australia in this regard, in organizing the settler population in the European manner with parliamentary rule and uneasily incorporating the indigenous population (American Indians, Mexican Indios, Aboriginals, and Palestinians), giving them an ambiguous and lesser status as a discriminated-against population. The apologists also cover up the 1947-48 expulsion by Jewish immigrants from Europe of over half of the indigenous Palestinians from what became Israel, creating what have today grown to be some 10 million refugees.

But it is the Israeli Occupation of the Palestinian territories which Israel seized by aggressive invasion in 1967 that most resembles other settler-colonial states. The Occupation is colonial in many ways. One people with full rights rules over an indigenous population that is stateless, lacking basic human rights. Supreme Court chief justice Earl Warren described citizenship as “the right to have rights.” Palestinians have no citizenship in a state and so do not have the right to have rights. Israel just declared six Palestinian human rights organizations to be “terrorists,” with not a shred of evidence that the groups were anything but peaceful activists. Advocating for Palestinian human rights is seen as so threatening by Tel Aviv that it is branded “terrorism.” 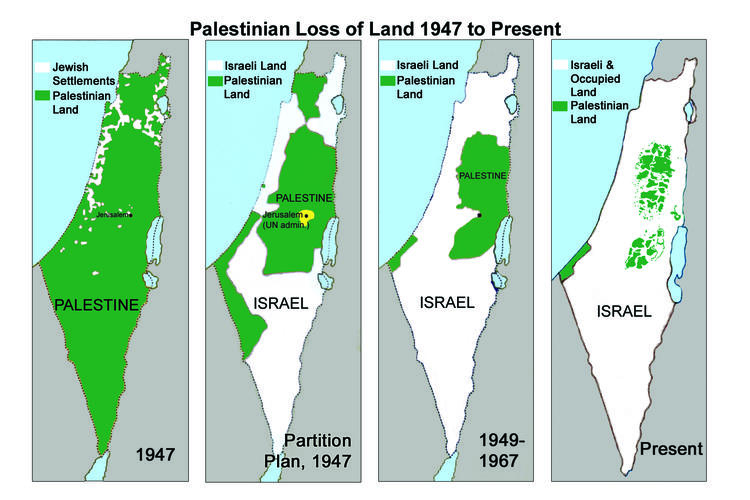 The “Palestine Authority” that helps Israel rule about 40% of the West Bank is a typical colonial institution. For instance, the British empire in India allowed general elections in 1930, and set up a Central Legislative Assembly. The elected government was a junior partner in governing British India, with real power remaining in the hands of the British viceroy, his bureaucracy, and his army of occupation. The big difference is that the post-1930 arrangement in British India covered the whole country, not just 40% of it, so that Israel is more of a colonial power in the Palestinian West Bank than the British were in India.

Likewise, Apartheid South Africa in the 1980s instituted a tricameral parliament with representation for whites, coloreds, and Indians. The Black majority was excluded, and the proportions favored white power over that of the mixed-race coloreds and the immigrants from India, but the scheme expanded the franchise beyond just whites. This was seen as an attempt to ensure that coloreds and Indians did not ally with Blacks. It failed in that regard. The Palestine authority is a little like the colored or Indian chamber in South Africa. But the Palestinians who are outside its authority are more like the Blacks in South Africa, being patrolled and policed directly by the Israeli occupation forces.

The apologists object to the application of the term Apartheid to Israel on the grounds that what they call the “Arab Israelis” have equal rights with Jews (they don’t) and that the Israeli system in the West Bank has differences with that in Apartheid South Africa. But historical case studies always differ from one another in detail. South African Blacks who have visited the West Bank and Gaza say that the system there is worse than Apartheid.

Moreover, the word “Apartheid” has become a technical term in international law and is not limited to the South Africa case.

As I pointed out last spring, Human Rights Watch observed,

““The crime of apartheid under the Apartheid Convention and Rome Statute consists of three primary elements: an intent to maintain a system of domination by one racial group over another; systematic oppression by one racial group over another; and one or more inhumane acts, as defined, carried out on a widespread or systematic basis pursuant to those policies.

Israel clearly rules the Palestinian West Bank with an Apartheid regime as the Rome Statute defines it. The Rome Statute is an international treaty signed by most of the countries in the world, though not by the United States or Israel, and which established the International Criminal Court in the Hague. The ICC is preparing to investigate Israeli war crimes in the Occupied Palestinian territories.

One of the apologists’ more outlandish arguments is that Israelis aren’t settlers but are indigenous to geographical Palestine. This is a historical fallacy. While there were people called Jews in that area in ancient times, almost all of them converted to Christianity or Islam in late antiquity and medieval times. There were only a handful of Jews in Palestine between about 1000 and the early 20th century when Zionist immigration began in earnest. Bonaparte’s expedition only counted about 3,000 Jews there in 1799, amid hundreds of thousands of indigenous Muslims and Christians. Some of these may have been Russian Jews who had the custom of retiring to Jerusalem for Torah study in their old age and who were supported by charities for the purpose.

The modern influx of Jews to the Ottoman provinces in geographical Palestine and then to British Mandate Palestine brought European Jews to the area in large numbers for the first time. These were descendants of Jewish merchant communities in Europe who had been largely male and so married local European women. These mixed-heritage Polish, German, Russian and other European communities cannot be described as indigenous to modern Palestine. Muslim and Christian Palestinians were the indigenous population. After the establishment of the State of Israel in 1948, Jews immigrated there from all over the world, including from the Middle East, but these populations, too, were not indigenous to modern Palestine and few had even shown any interest in the Zionist movement in the first half of the twentieth century. Baghdadi Jews thought they were Baghdadis and would have recoiled at leaving their great metropolis for tiny, dusty Jaffa.

This claim of “indigeneity” is a typical settler-colonial move. Bonaparte maintained that the French conquest of Egypt in 1798, about which I wrote a book, was a revival of Roman imperial rule and that the French were the successor-state of Rome. Some of the crackpot modern European racial theory has this context, as with the British claim of being Aryan rulers of Aryan India, restoring its glory even as the eastern Aryan cousins had descended into decadence. Mormons who brutalized and converted American Indians claimed that Jesus Christ had visited North America, giving them a claim on being indigenous.

Israel and its supporters excel in propaganda, but through my lifetime I have seen these historical inaccuracies and logical fallacies fall away as the American public began to gain a better understanding of exactly what Israel has been up to with regard to displacing and subduing the Palestinians.

Israel and the Palestinians will eventually have to find some framework for peaceful coexistence, whether in a one- or two-state solution or some other arrangement. Palestinians will have to gain citizenship in some state to cease being virtually chattel. This coexistence cannot be achieved until settler Israel recognizes its torts against the indigenous population. At the same time, Palestinians have to come to terms with the victimhood of the Jews, with the Holocaust, and with the biggest difference between Israelis and the French in Algeria, which is that the vast majority of them went to Palestine involuntarily, to escape persecution. Contrary to what they think, this fact does not excuse their expropriation of the indigenous population, but consciousness of it has to be part of any final settlement.

Democracy Now! ““It Is Apartheid”: Rights Group B’Tselem on How Israel Advances Jewish Supremacy Over Palestinians”