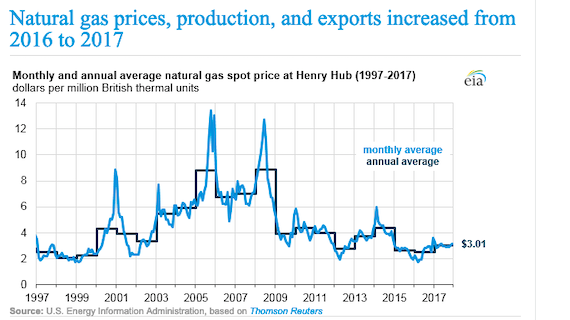 Ann Arbor (Informed Comment) – As the world starts back up after the pandemic, the price of energy is spiking, as Pippa Stevens at CNBC explains.

The flacks for dirty energy are trying to blame renewables for the jump in energy costs this fall in Europe and China, but frankly that is ridiculous.

Demand for energy plummeted in the spring of 2020 as the world went into lock down. Big suppliers ramped down their operations, as with Russian and Qatari natural gas. Smaller suppliers went bankrupt and investment dried up.

Energy prices, like all prices, depend on supply and demand. The current uptick in cost is because the world economy is ramping back up as the coronavirus crisis winds down. So demand is increasing. If supply does not increase at the same pace, then prices will rise.

Supply is not increasing at the same pace. It will take a few months for the production to be ramped back up, and the higher prices will cause marginal producers and old production sites to come back on line.

Petroleum, coal and natural gas prices have all along been a roller coaster ride, with ups and downs in prices. In any primary commodity market, this is true. Most primary commodities can be produced at lower or higher costs. When prices are high, the producers with higher costs find it profitable to produce despite their lower profit margins. That increases supply. If demand is steady, the greater supply then drives down the price. But then producers with high costs can’t afford to operate and they shut down. That reduces supply, and if demand is steady, the price will then go up.

This EIA chart shows what the natural gas price roller coaster has looked like just since 1997:

Prices have all along gone up and down dramatically, as you can see. Prices were more volatile in the period before 2010. It is only after 2015 that substantial amounts of renewable energy even came online, which did not drive up natural gas prices, which were depressed by extra US production via hydraulic fracturing.

It does not make any sense that renewables would cause natural gas prices to rise, and they did not. Renewables replace natural gas, so the more of them you have, the less you need gas, and the lower its price.

In fact, natural gas prices are way up and are causing the energy crisis. The price of electricity from wind and solar is much cheaper and renewables prices are stable.

In short, China and Europe have failed to put in enough renewable energy to meet the current post-pandemic spike in demand. When analysts complain that there “isn’t enough” electricity from renewables to meet current demand, they are really saying that the state hasn’t invested sufficiently in this sector. Only about 29% of China’s electricity comes from renewables, and that includes hydro. The US is even more backward, with only 19% from renewables, nearly half of which is from hydro. Solar and wind are cheap and quick to install and much more such energy could by now have been produced if governments had treated the climate emergency as the catastrophe it is.

Others are trying to say we need more nuclear power. But nuclear plants take years to build and cost billions, and produce electricity at a high cost compared to wind and solar. Nuclear plants also produce toxic waste for which no adequate disposal method has ever been found and, as at Fukushima in Japan, are prone to disaster. Nor are nuclear plants as low-carbon as they are sometimes advertised. If states had put in more wind farms, solar plants and battery storage (including pumped hydro), they’d be way ahead of the game. Nuclear is not needed. It also doesn’t play well with renewables, since it cannot be ramped up and down to take up slack the way that natural gas plants can. As for intermittency, Norway is providing Germany with pumped hydro capacity to smooth out solar and wind peaks and troughs. California avoided brown-outs this August with massive purchases of battery storage capacity, which is set to double by December.

Another big reason for the natural gas shortage is that the US strangled Iran’s natural gas industry and prevented Total and Shell from developing it. The US forestalled major Iranian gas production even after it signed the 2015 Joint Comprehensive Plan of Action with the other UN Security Council members. Despite agreeing to lift US unilateral sanctions, the US did not do so because the Republican Party refused to legislate sanctions relief. The US Treasury Department went on threatening billions of dollars of fines on any company that developed Iranian gas. Under Trump the United States breached its treaty with the UN Security Council and Iran entirely and imposed a financial and trade embargo on Iran that further debilitated its gas industry.

The US Energy Information Agency notes,

“Iran exports natural gas by pipeline to Turkey, Armenia, Azerbaijan, and Iraq, and it receives imports from Azerbaijan. In 2020, Iran exported about 590 billion cubic feet (Bcf) and imported 7 Bcf of natural gas via pipelines (Figure 8). Iran’s natural gas imports decreased substantially after 2015, but exports rose sharply because of Iran’s increased natural gas production from several new South Pars projects since 2014 and increased exports to Iraq. Iran stopped importing natural gas from Turkmenistan in 2019 because higher production and more pipeline coverage made it possible for domestic supplies to reach the northeastern region.”

In other words, if the US had not stunted Iran’s economy, Iran could be producing triple what it does in the way of natural gas, matching Russia.

Personally I am all for keeping it in the ground. But you can’t take most of Iranian gas, the world’s second largest reserves, off the international market and then blame renewables for the shortfall.