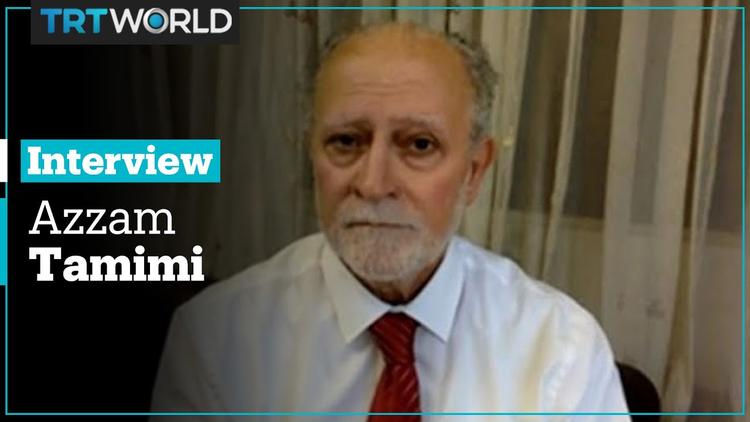 ( Middle East Monitor ) – From the middle of the 20th century until the first decade of the 21st, the Kingdom of Saudi Arabia was the main fortress of Arab reactionism. This was due to the size of the Kingdom, its location in the heart of the Arabian Peninsula, its custodianship over the Muslim holy sites in Makkah and Madinah, its population and, of course, its oil wealth.

This role was linked closely to the strategic relationship that the Kingdom forged with the US at the end of World War II, as Riyadh was Washington’s main ally in the Middle East during the Cold War era, confronting the Arab nationalist movement backed by the Soviet Union. The Saudi role was facilitated by the sharp political polarisation that characterised that period and which made Washington adopt a very conservative approach, in line with the ultra-conservative nature of the Kingdom since its creation.

The region has witnessed a dangerous transformation in recent years, which has not yet received the attention and analysis it deserves. This is based on the rise of the Emirate of Abu Dhabi and its Crown Prince, Mohammed Bin Zayed, in the leadership of Arab reactionism. It is sufficient to look at the dangerous role that Abu Dhabi plays in various regional hot spots such as Yemen, Sudan, Libya, Tunisia and Syria, as well as occupied Palestine and Abu Dhabi’s embrace of Fatah renegade Muhammed Dahlan. There is also the strategic relationship that the United Arab Emirates, of which Abu Dhabi is the capital, has established with Israel, which is now exposed for all to see.

I described a year ago what I called the “reactionary tripartite alliance” of Abu Dhabi, Abdel Fattah Al-Sisi’s Egypt and Russia. Abu Dhabi’s leading role in this alliance has become clearer. Saudi Arabia sometimes supports Abu Dhabi without always participating alongside it, as in Libya, for example. This is also evidenced by Riyadh remaining outside the normalisation group, or rather the open alliance with Israel in which Abu Dhabi and Cairo are both engaged. The Saudis are also outside those seeking to normalise relations with the Assad regime in Syria, the latest episode of Abu Dhabi’s reactionary regional offensive.

What are the international and regional circumstances that underlie this important transformation? And what about Bin Zayed’s personal ambition and his immersion in reactionism?

The most important aspect is certainly the end of the Cold War era and changes in the position of the US, especially after the failure of its project to dominate the Middle East through the war it launched on Iraq in 1991. This was followed by the US-led invasion and occupation of Iraq in 2003, which ended in failure and the withdrawal of US troops, leaving the government in Baghdad open to Iranian influence. Added to the mix were the Arab Spring revolutions that erupted in the Middle East-North Africa ten years ago, causing panic among conservative regimes and forces in the region.

It was a scare for these forces when Washington under President Barack Obama preferred to go along with the Arab Spring in order to preserve US interests and in line with its ideological democratic claims. For this the US relied on the mediation of Qatar.

All sides of the conservative Arab axis resented this, but Saudi Arabia continued to go along with Washington, primarily because of its greater fear of Iran. Abu Dhabi does not have the same preoccupation with Iran as the Kingdom does, so the regional uprisings have become Bin Zayed’s main obsession.

Abu Dhabi is also much less dependent on America than the Saudis. Hence, we saw the emirate beginning to weave a close relationship with Moscow, which now occupies the position of the superpower defending old-style Arab regimes. Russia first demonstrated this through its intervention to save Bashar Al-Assad in Damascus.

Bin Zayed and Abu Dhabi even began interfering in US politics, just as Benjamin Netanyahu did. The former Israeli prime minister went beyond what any Israeli government had done before him.

In cooperation with Russia, Abu Dhabi backed Donald Trump’s presidential campaign in 2016, and Trump authorised it to direct his regional policy after his victory. This made him urge Riyadh to impose a boycott on Qatar, which began days after Trump’s visit to the Kingdom, his first foreign visit after taking office. With Joe Biden now US president, the relationship between Abu Dhabi and Moscow has been strengthened through their joint intervention with Cairo in Libya.

Today, we see the transformation of the aforementioned tripartite alliance into a quadripartite alliance with the accession of Israel. This has made it possible for Abu Dhabi to move into an open relationship with the occupation state. It is likely that in the coming months, Syria will witness the consequences of that transformation, especially with regard to the roles of Iran and Turkey on Syrian soil.

TRT World Now: “Is the Tunisian crisis part of a regional onslaught on democracy by UAE?”