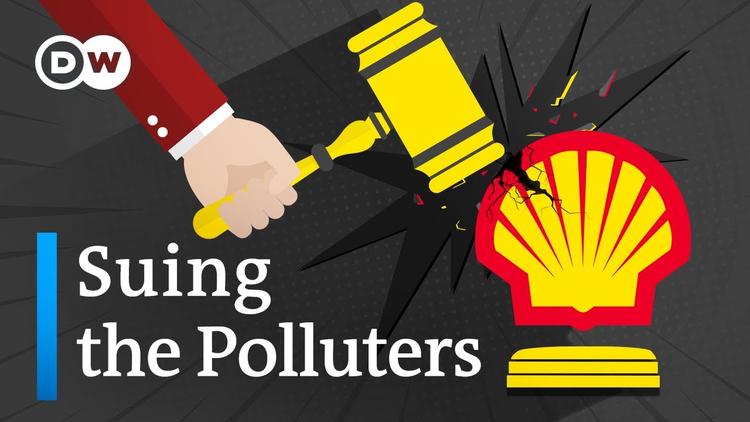 Movements are using this once-in-a-lifetime political moment to mobilize communities against climate change and corporate greed.

( Inequality.org) – Since the Industrial Revolution, the United States has single-handedly accounted for a quarter of all CO2 emissions produced. As Congress negotiates the details of a historic budget reconciliation package, lawmakers have an opportunity to reverse course, but large fossil fuel corporations are conspiring with politicians through corporate influence to halt transformative investments in our climate.

And Americans are starting to take notice.

Hundreds of Indigenous leaders and frontline community organizers from across the country gathered in Washington, D.C. to hold President Biden and his administration accountable for the climate promises made during the presidential campaign.

Water protectors, who risk their lives by using their bodies to block pipelines and stand up to big corporate polluters in their communities, found themselves on the frontlines of the White House, getting arrested for the same purpose — to protect our water. The president and his administration had a choice that week: Meet with us and take executive action to reduce carbon emissions and delay upcoming cataclysmic climate disasters, or arrest people. It chose the latter. On the first day of action, 135 water protectors were arrested for civil disobedience. In total, 655 people were arrested that week.

The organizers, leaders, and protectors who came to D.C. for this event returned to their communities at the week’s end knowing that their local fights — whether it be trying to stop a pipeline in Minnesota, shut down petrochemical facilities in Louisiana, oil drilling in the southwest, or terminating liquified natural gas export terminals in the Gulf Coast — are all interconnected. These regional battles play a key role in the collective war against global warming.

“It is no exaggeration to say that climate chaos is now reality,” said Maya K. van Rossum, the leader of Delaware Riverkeeper network, in a statement. “While politicians are finally starting to acknowledge that the floods, fires, droughts, and catastrophic storms sweeping the nation are a present-day manifestation of climate change, it is of little value if it is not accompanied by meaningful action to end the era of fossil fuels.”

Western droughts in states like Arizona are intensifying while West Virginians and its coal mining communities are dying at alarming rates due to asthma, pulmonary diseases, cancer, and other similar detrimental illnesses caused by polluting industries. But despite this reality, elected officials like Senators Joe Manchin (D-WV) and Kyrsten Sinema (D-AZ) have stonewalled progressive action on climate change.

Manchin, who owns stock in a coal brokerage company, continues to argue that the cost of the Biden administration’s Build Back Back better agenda is too high and poses a threat to coal industry jobs in his state. Sinema, meanwhile, hasn’t provided any substantial reasoning for her opposition. Her avoidance in the face of questions from reporters and constituents could be linked to the fact that she, along with five other Democrats including Manchin, received $333,000 from Exxon lobbyists.

Progressive Democrats support President Biden’s ambitious goal of cutting U.S. greenhouse gas emissions by 50 percent, while simultaneously incentivizing clean energy usage that would have the U.S. relying on 80 percent clean electricity by 2030 with the Clean Electricity Payment Program. This $150 billion clean energy program would compensate utilities in their energy source transitioning and penalize utilities that don’t. But moderates, Sinema and Manchin are not on board with this foundational component of the President’s climate agenda, with Manchin putting the final nail in the coffin on this climate proposal.

We can no longer afford to allow the power of corporate polluters to go unchecked. Tackling and addressing climatic conditions isn’t just an ethical, moral, or public health concern — it is a global issue that concerns us all and touches every facet of our lives. If we’re going to preserve life, understanding the depth and seriousness of this is eminent. As UN Secretary-General António Guterres stated in the latest Intergovernmental Panel on Climate Change report: “This is code red for humanity”

None of us are alone in the fight against climate change. The People vs Fossil Fuels actions successfully connected local, placed-based environmental justice struggles to the overall national movement. From ravaging Western fires to wrecking Eastern floods, climate change will only continue to gradually and severely impact people in the United States. We still have time to recognize, develop, and mobilize communities against climate change and corporate greed.

Sam Garcia is a New Mexico fellow at the Institute for Policy Studies.

DW Planet A: “Why fossil fuel companies should be lawyering up”