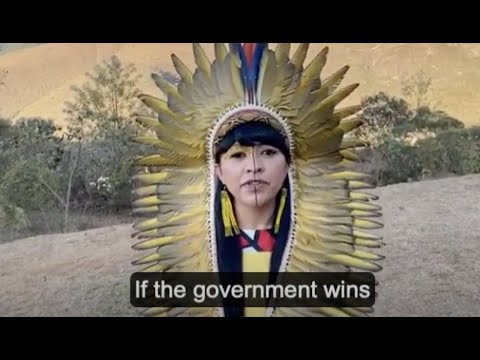 Universities in western Canada began another school year under the cloud of two imminent threats: wildfires and the COVID-19 pandemic. These are not just local issues, but global issues, not only because they are happening all over the world, but also because some of their root causes — including ecological destruction and dispossession of marginalized, especially Indigenous, peoples — are not concerned with borders.

We know many wildfires aren’t just a result of drier conditions and rising temperatures from climate change, but also the forced removal of Indigenous Peoples from their ancestral lands and disregard for traditions that support ecological integrity, such as prescribed burns. And deforestation, which displaces human and other-than-human communities alike, makes pandemics like COVID-19 more likely.

Many universities have committed to addressing global challenges. But society-wide, our universities are ill-prepared to help deepen our collective capacity to face today’s interconnected “wicked problems” — those that are hyper-complex and cannot be solved with simple individualistic solutions. These problems include biodiversity loss and our global mental health crisis.

As scholars of Indigenous studies, global education and food systems, we often get asked what kind of education and research are needed to address such wicked problems. This question usually comes from a well-meaning place; it’s also often motivated by a desire for ready-made alternatives.

But complex problems cannot be addressed with simplistic solutions. This is not due to educators’ or researchers’ lack of effort or ingenuity. Rather, our inability to address these problems with the depth of engagement required is a product of the educational models we have inherited and (mostly) reproduce.

We cannot solve wicked problems from within the same paradigms that created them. For example, many universities have embraced the UN Sustainable Development Goals for addressing climate change and sustainability. However, the goals have also been critiqued for presuming that we can continue to operate within an economic system premised on infinite growth.

Undoubtedly, proposals to shift away from dominant educational models and viewpoints prompts a follow-up question: If not this, then what?

Our own research has led us to approach this question with caution. We have learned that if we jump too quickly to solutions, we rarely take adequate time to assess the mistakes that caused the problems. When this happens, we end up reproducing those mistakes and reproducing harm.

We first need to identify and learn from mistakes before we can move toward truly different educational futures.

This is a key insight from our community research collaborations with the Teia das 5 Curas network of Indigenous communities in Brazil. These communities offer a different diagnosis of the root causes of our current environmental and social crises, and propose different responses than those generally offered in mainstream academic debates. Yet Indigenous Peoples’ analyses remain under-addressed in research and practical approaches to wicked problems.

Indifference as denial of interdependence

The communities that make up the Teia das 5 Curas network suggest that the primary cause of both ecological destruction and colonial violence is an individualistic and extractive mode of existence rooted in a false assumption of separation — of humans from each other, and of humans from nature.

They argue that this denial of ourselves as interdependent beings, part of a living planetary metabolism, feeds indifference to the suffering of others that we also create. They also believe that what contributes to this problem is our intellectual and emotional incapacity to confront our complicity in a harmful, unsustainable system.

Indifference to violence against both Indigenous Peoples and the Earth is evident in events currently unfolding in Brazil, where the government has launched a co-ordinated attack against Indigenous rights and ecological protections.

The challenge that stands before us is to unlearn colonial modes of engagement, so that we might learn how to ethically weave together the gifts of different traditions of human wisdom. Our collective survival depends on it.

Indigenous communities, especially those in the Amazon, are putting their lives on the line to protect everyone’s future. The Huni Kui people of Acre are part of the Teia das 5 Curas network. As part of their Last Warning campaign against deforestation and the attack on their rights, the Huni Kui caution, “if we lose the forest, we lose our future.” This is true for all of us: further deforestation of the Amazon will accelerate global climate change.

Although the Last Warning campaign has many suggestions about how people can support this fight for our collective survival, its primary offering is an educational invitation and accompanying call to responsibility. This is an invitation for us to wake up from the fantasy of separation and to un-numb to the pain we inflict on one another and the planet in order to sustain modern consumerist lifestyles.

We are asked to expand our capacities to hold space for difficult, painful and uncomfortable things. These include the truth about our complicity in systemic violence and unsustainability, and how our socially sanctioned behaviours and desires contribute to the unfolding ecocide and genocide in Brazil and elsewhere.

Last Warning does not tell us how to shift away from our current paradigm and make space for a wiser one to emerge; it does not claim to have the answers. Instead, it offers a new educational compass — a way of orienting ourselves away from reproducing harm and toward fostering more generative possibilities for co-existence, without glossing over the difficult elements of this work.

This is a compass oriented by maturity (the imperative to grow up in order to become good elders and ancestors); discernment (how we can most generatively intervene in any context to foster collective well-being) and responsibility.

Responsibility here is understood as an affirmation of our interdependence, including the debts we have to specific communities and to the Earth. It also involves facing humanity in all of its complexities and paradoxes: the good, the bad, the broken and the messed up within and around us.

For those seeking simple, universal solutions to wicked problems, this educational compass is unlikely to offer much guidance.

But for those seeing the raging wildfires and shape-shifting COVID-19 pandemic as indications of a deeper systemic illness in our institutions and ourselves, this work may offer some guidance for the divesting from harmful systems so we might learn to co-exist differently.