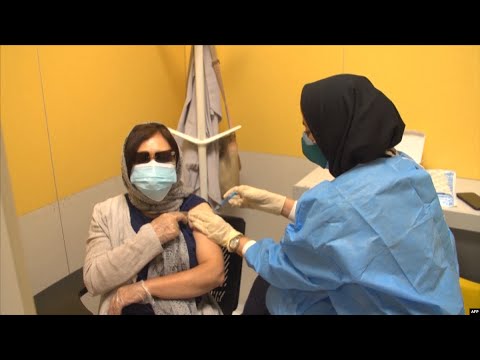 Ann Arbor (Informed Comment) – David Axe at the Daily Beast reports on what he says is very bad news for the US red states whose Republican governors are depending on herd immunity to get us past the COVID-19 pandemic. Some Iranian provinces have, since its beginning, reported more cases of the coronavirus than they have people. That statistic strongly suggests that Iranians who contracted the virus early on, in the spring of 2020, are now getting sick again as their natural immunity wears off.

If any substantial number of people can be reinfected after 18 months, then the whole idea of herd immunity is impossible. Herd immunity only works where a disease produces strong and long-lasting antibodies in its victims, so that after a while the disease can no longer find enough hosts to transmit itself. Axe’s reporting on this issue is first-rate and has deeply disturbing implications.

Axe doesn’t come right out and say it, but I will. Anti-vaxxer US Republicans have adopted the same policies and attitudes as the ayatollahs of Iran, and indeed the GOP may be worse.

President Joe Biden ordered mandatory vaccines for federal contractors. Ten Republican governors immediately sued him, and are asking a federal judge to put a hold on Biden’s executive order while their case against the vaccine mandate winds through the courts.

The Republican Party, in widely discouraging vaccination or opposing vaccine mandates by business and the federal government, has become an engine of death for Americans. Dr. Deborah Birx of the White House coronavirus task force estimated that Trump’s policies in the fall of 2020 alone were responsible for as many as 160,000 deaths.

In Florida, Gov. Ron DeSantis and Republicans in the state legislature are preparing a flurry of bills next week in an attempt to weaken Biden’s vaccine mandate by providing a plethora of exemptions for religious views and other grounds. Employers are saying that federal law trumps state law and many cannot afford to lose access to federal programs.

Underlying these Republican policies and attempts at law-making are myriads of conspiracy theories about the major COVID vaccines, which have been given to billions of people and have been proved safe beyond the shadow of a doubt.

This Republican conspiracy thinking is a mirror image of that of the ayatollahs in Iran. Iran’s august leader, Ali Khamenei, last January banned the importation of vaccines from the US and the UK on the grounds that those countries might spike them with dangerous diseases so as to kill Iranians. Iranians were forced to resort to the Russian Sputnik vaccine and the Chinese Sinovax, which are not thought to be as effective as the US and European vaccines. Khamenei later relented and allowed the importation of Astrazenica from the UK.

The Iranian religious authorities at the head of the theocratic state were in the same sort of denial about COVID as Donald Trump was in the US. I wrote,

“For their part, the Iranian authorities were extremely slow to react to the threat of the pandemic, which should have been clear by the end of January, when the World Health Organization issued a risk assessment of very high for China, and high at the global level, noting cases in 18 countries outside China. Iran’s government nevertheless encouraged crowds to come out for the February 11 commemoration of 41 years of the Islamic Republic, and then held national parliamentary elections on February 21 in hopes of ensconcing a majority of hardliners in that body. In mid-February the authorities were still denying there were any cases. Even after cases were announced, and an MP alleged that there were 50 deaths in the holy city of Qom, Deputy Health Minister Iraj Harirchi went on television to insist that mitigation measures were unneeded. even while clearly suffering from the virus himself.”

John Calabrese at the Middle East Institute notes that the civilian government of Hassan Rouhani often resisted mitigation measures to fight the pandemic that would interfere with religious gatherings. As for the clerics, many of them with high government posts or locally influential, he says that they took contradictory stances over time, but many favored religious gatherings and mass rituals, in accord with the ideological bases of their theocracy, over public welfare:

“The pandemic also exposed the inherent tensions in “Islamic government.” The pandemic put the clerical establishment in an unfamiliar and uncomfortable position, forcing them to suspend religious rituals that they consider an essential part of the theocratic state’s political identity. In Qom, the acquiescence and cooperation of the senior clergy was instrumental in subduing the spread of the virus.Elsewhere, however, some clerics resisted state virus mitigation mandates, making it difficult to assure strict compliance with bans on mass gatherings and with protocols during religious holidays. Others have subverted the attempt to bring the virus under control by propagating “religious misinformation.’ Thus, religious leaders — powerful social assets — both supported and thwarted constructive efforts to combat COVID-19. The most recent such instance occurred when, with the number of Covid infections soaring, Supreme Leader Khamenei overruled the Health Ministry’s warnings to cancel Shiite mourning rituals during Muharram.”

Yep, sounds like US Republicans. Only those clerics in Qom actually sound more responsible and more rational that most American Republicans.