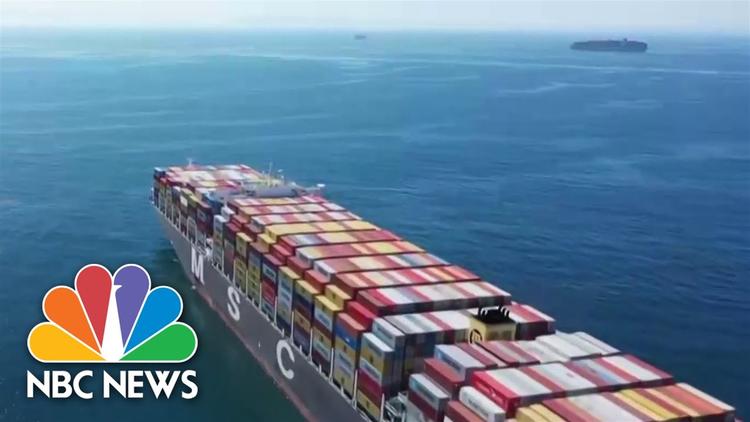 A chain is no stronger than its weakest link. Weak links have been the story for much of the last year. That should force us to consider the possibility that weak links are not just a sh**t happens event but symptomatic of larger pathologies pervading many of our most basic industries.

Consider Boeing, once regarded as the crown jewel not only of aviation but even of the entire manufacturing sector. Technological excellence, innovation, and quality control were its watchwords. More recently it is a different, dispiriting story.

“the company management has repeatedly failed to invest in innovation and employees, instead siphoning cash from manufacturing in order to make the company’s stock price rise. Two decades of executives taking money out of manufacturing has had the predictable and tragic consequence of undermining the quality of Boeing planes, despite the long hours put in by its workforce. Hundreds of passengers died in crashes in 2018 and 2019. Then, on February 22, 2021, the engine of a Boeing 777 flying from Denver to Honolulu disintegrated in midair. While there weren’t any fatalities, the FAA and Japan’s civil aviation bureau grounded over a hundred 777s worldwide.”

Years of deferred maintenance, short- term thinking, and obsessive focus on stock prices and dividends have come to exact their toll. She writes that in 2017, Boeing put 66% of its total spending into dividends and stock buybacks, whereas in 1990 that proportion of spending went instead to new equipment to manufacture things.

In a market economy how did Boeing get away with production of a product becoming ever more inadequate.? Part of the reason is that Boeing is a monopoly with only one international competitor, AirBus. When competitors are so severely limited they tend to collaborate. Furthermore the company, like most major corporations today, is listed on public stock exchanges in an era when markets as perfect information processing machines and maximizing shareholder value are the guiding norms. These institutional and cultural features helped sustain and were sustained by an inflated sense of self worth among the elites who ran these corporations. Cory Doctorow puts this well: Monopolies are brittle. The ideology that underpins them is fundamentally eugenic: that there exist among us superbeings, genetic sports who were born with the extraordinary insights and genius that entitle them to rule over the rest of us. If we let nature run its course, according to this ideology, these benevolent dictators will usher in an era of global prosperity. This is catastrophically, idiotically, manifestly wrong. First, even people who are very smart about some things are very stupid about other things.”

These priorities were resisted both by unions and by midlevel technical and engineering staff. Boeing sought to move its operations to South Carolina, an anti=union state.

“One reason the South Carolina flight-line workers wanted a union was because it would have given them the ability to say “no” to the forced overtime. It turns out that relentless overtime not only put families in South Carolina at risk, but also caused the kind of employee fatigue in Renton, Wash. that made errors inevitable. In the fall of 2018, the Renton, Wash. Boeing factory produced the two 737 Max planes that crashed months later even though they were brand new.”

This experience leads me to question the wisdom of President Biden’s first specific supply chain policy, opening LA port 24/7. My first reaction was who will do the graveyard shift and with what costs in terms of accidents and mistakes? Overtime will surely be necessary and will it be forced? What role did unions—both leaders and rank and file– have in this decision.?

If the highly concentrated and regulated market of plane manufacture led to the ultimate supply chain failure, a fatal crash, it does not follow that a market with many buyers and many sellers will produce a just and stable alternative. Josh Wingrove, Jill R Shah, and Brendan Case write at Bloomsberg:

“Port truckers are typically independent contractors, without the benefits and protections of unionized transport sectors or even major companies with shipping divisions, like Amazon.com Inc. Their jobs require them to line up for hours to pick up cargo, and they’re paid only when they move it. ‘The port truck driver, for decades now, has basically been the slack adjuster in the whole system,” said Steve Viscelli, an economic sociologist with the University of Pennsylvania who studies labor markets and supply chains.”

More broadly both should emphatically reject neoliberal notions of just in time delivery systems and other transport, advertising, and investment decisions driven solely by the stock market.

But the president has instead focused on trying to produce new drivers by streamlining licensing. The White House says “an average of 50,000 commercial drivers licenses and learners permits have been issued each month this year, 14% above 2019 and far above 2020 levels, when the pandemic shuttered training programs.” And then the newly licensed drivers discover they have to work long hours for nothing, and move on, right? “

The metaphor of supply CHAINS is misleading. Institutional and individual biases and decisions constitute these. Many of today’s supply chain crises are rooted in part in the excesses of neoliberal capitalism. Monoculture agriculture, international trade, and pharmaceuticals come immediately to mind. This capitalism professes a faith in markets but manipulates the market to express and concentrate power, then uses that power to extort further gains. At a minimum anti-trust and labor’s right to organize are necessary conditions both for social justice and safer supply chains.