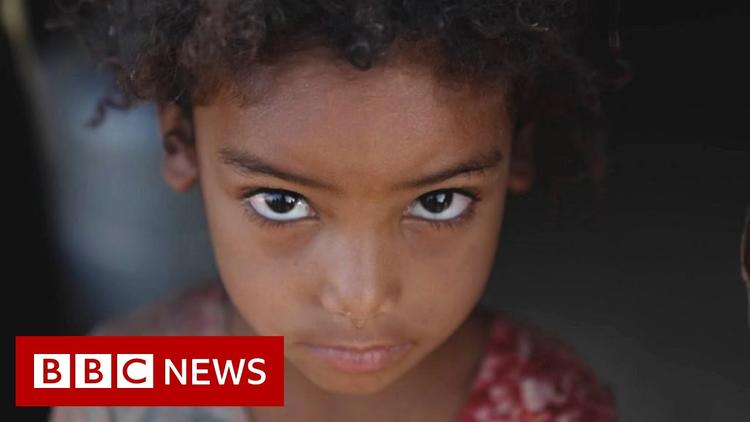 Human rights Watch – (New York) – The United Nations General Assembly should act swiftly to establish an investigative mechanism to gather and preserve evidence of serious human rights abuses and violations of the laws of war in Yemen, a coalition of more than 60 organizations said. Failure to act would not only be a vote for impunity in Yemen, it would be tantamount to a green light to commit further abuses and war crimes.

This step is urgently needed in light of the failure of the UN Human Rights Council in October to renew the mandate of the Group of Eminent Experts (GEE), which for more than four years had investigated and reported on rights abuses and other violations of international law by all parties to the Yemen conflict.

“The suffering already inflicted on civilians in Yemen demands this step to address impunity in the ongoing conflict and send a clear warning to perpetrators on all sides that they will be held accountable for war crimes and other serious violations of international humanitarian and human rights law,” the groups said in a joint statement addressed to the General Assembly’s 193 member countries.

Member states should create a new standing investigative mechanism to demonstrate to the people of Yemen that the United Nations will not turn a blind eye to their suffering and that they support international accountability for crimes and abuses committed there. The Human Rights Council vote was the result of an aggressive lobbying campaign against the experts’ reporting by Saudi Arabia, backed by the United Arab Emirates, leaders of the military coalition in the Yemen conflict, and other allies. “The international community cannot stand by and allow that vote to be the last word on accountability efforts for abuses and war crimes in Yemen,” the organizations said.

The groups urged the UN General Assembly to establish an independent and impartial body that would investigate and publicly report on the most serious violations and abuses of international law committed in Yemen, while also collecting and preserving evidence and preparing files for possible future criminal prosecution.

“Such a strong mandate is required to ensure not only that the serious violations committed in Yemen be exposed to the world, but also that potential avenues of accountability for crimes under international law may be effectively exploited in the future to address impunity and provide effective redress to victims,” the groups said.

All parties to the conflict in Yemen have carried out widespread and systematic abuses, including killing and injuring tens of thousands of civilians, the organizations said. Since 2015, the Saudi and UAE-led coalition has conducted scores of unlawful airstrikes that have killed and injured civilians and destroyed or damaged homes, hospitals, schools, markets, and other civilian infrastructure, and has armed and supported local armed groups and militias that have committed serious abuses.

Houthi forces have fired mortars, rockets, and other missiles indiscriminately into heavily populated areas, including cities, in Yemen, and launched ballistic missiles indiscriminately at populated areas in Saudi Arabia. The warring parties have prevented life-saving humanitarian aid from reaching those who need it. The organizations said that the criminal conduct of all parties to the conflict has claimed many thousands of civilian lives and caused the world’s worst humanitarian crisis in Yemen.

This would not be the first time the General Assembly has taken bold action against widespread and persistent human rights abuses. In 2016 it created the International, Impartial and Independent Mechanism to collect, preserve, and analyze evidence of the most serious crimes under international law committed in Syria. In 2018, the Human Rights Council created a similar mechanism for Myanmar in the wake of the 2017 crimes against humanity and possible genocide committed against Rohingya Muslims.

“The people of Yemen need justice,” the organizations said. “And justice begins with investigations and accountability. The time to act is now.”

The full joint statement can be viewed here. It will remain open for signatures.

Agnès Callamard, Secretary-General, Amnesty International: “What we need to get this done is not a miracle – it’s political will. We need the General Assembly to step up and take action right now. If states continue to turn a blind eye, there will be no end in sight to this horrendous conflict that has seen immeasurable suffering inflicted upon the men, women, and children of Yemen. Yemenis have been knocking on all doors demanding accountability and justice. Member states owe it to them to take this forward at pace – the welfare of millions is in their hands.”

Kenneth Roth, executive director of Human Rights Watch: “That the Saudi government succeeded in arm-twisting the UN Human Rights Council to end its scrutiny of Saudi, Houthi, and others’ conduct in Yemen should not be the last word. For years, all warring parties in Yemen have callously disregarded human rights and human life. Impunity only makes things worse. It is urgent for the UN General Assembly to rectify this dangerous backward step. It should establish an investigative team to gather and report the facts and to collect and preserve evidence for future prosecution.”

Radhya Almutawakel, chairperson of Mwatana for Human Rights: “The UN General Assembly must act now and establish a mechanism for Yemen. If the international community is serious about supporting Yemen, ending impunity and supporting accountability must be the first priority. All warring parties including the Saudi/UAE-led coalition and Houthis must be held accountable for the suffering that civilians have gone through.”

Bahey Eldin Hassan, director of the Cairo Institute for Human Rights Studies: “UN member states have a choice to make: Either bow to Saudi pressure and allow all parties to the conflict, including Houthi armed groups, to continue to carry out atrocity after atrocity with total impunity, or take action to protect the people of Yemen and ensure accountability.”

Savita Pawnday, executive director of the Global Centre for the Responsibility to Protect: “For over six years, there has been a ‘pandemic of impunity’ for countless atrocities perpetrated in Yemen. The termination of the GEE has further exacerbated this accountability gap. The UNGA has a responsibility to protect the people of Yemen and to act now by taking urgent action to establish a new standing accountability mechanism. Peace in Yemen will only be possible if justice and accountability prevail.”

Running from war and ‘ghosts’ in Yemen – BBC News