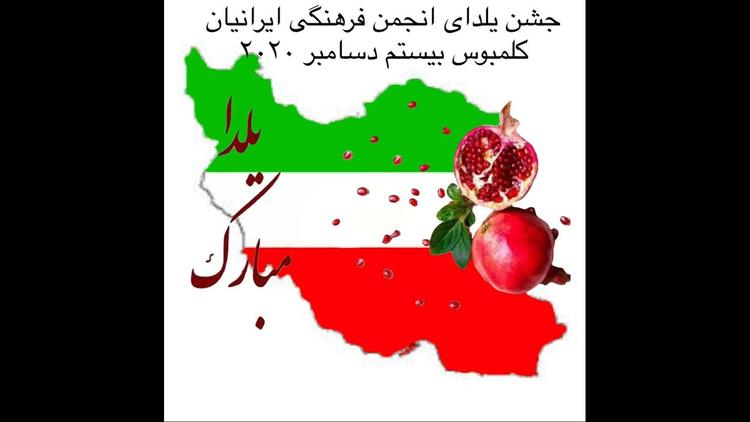 As the days become shorter and the nights become longer and darker, we are reminded that indeed winter is coming. As a child I would dread this time of the year. Not only was there was less time to play outside, but there was a string of holidays that my Iranian family didn’t celebrate, from Hanukkah to Christmas, which made me feel I didn’t belong in our new home in Minneapolis, Minnesota.

At the age of 11, I asked my parents for a Christmas tree. That’s when my grandmother, Ghamarjoon, placed two pomegranates in my hands and two in my mother’s and introduced me to Shab-e-Yalda: “shab” meaning night, and “yalda” meaning birth or light. It is a holiday celebrated by millions of people from Iran to Azerbaijan to the U.S., on Dec. 21, the winter solstice.

My path to becoming an anthropologist who studies rituals and traditions in the Middle East was, in part, a way discover the stories of my past, and Yalda was one of my first inspirations.

Originating in the pre-Zoroastrian tradition of worship of Mithra, the God of Sun, but popularized by Zoroastrians, Yalda, also referred to as Chelleh, celebrates the sunrise after the longest night of the year. Ancient Persians believed that evil forces were strongest on the longest and darkest night of the year. People stayed up all night, telling stories and eating watermelon and pomegranate, in addition to dried fruit, in anticipation of the sun rising.

As the light spilled through the sky in the moment of dawn, Persians celebrated its appearance with drumming and dancing. It was thought that the day after the longest night belonged to Ahura Mazda, the Zoroastrian lord of wisdom.

Religious studies scholar Joel Wilbush argues that the early Christians loved this ancient Persian celebration. They saw the themes of light, sun and birth as interconnected with the birth of Jesus.

Today my family continues the tradition by gathering every year to celebrate this ancient tradition. Like our ancestors before us, we stay up all night, curled under a korsi, a special Persian blanket lined with lumps of coal for warmth. We tell stories, read the poetry of Iranian poets like Hafez and Rumi, and speak of the good that can overcome evil.

Foods such as pomegranate and watermelon are still eaten. A food indigenous to Iran, pomegranate is believed to be a symbol of life and resilience, for it blossoms during the harshest climate of winter. Persians also believe that eating summer foods, such as watermelon, will keep the body healthy through the winter, and that dried seeds like pumpkin and sunflower are a reminder of the cycle of life – of the rebirth and renewal to come.

While Christmas and Yalda are celebrated just a few days apart, the celebrations hold similar traditions and values. Family, love, resilience, rebirth and a triumph of light over dark.