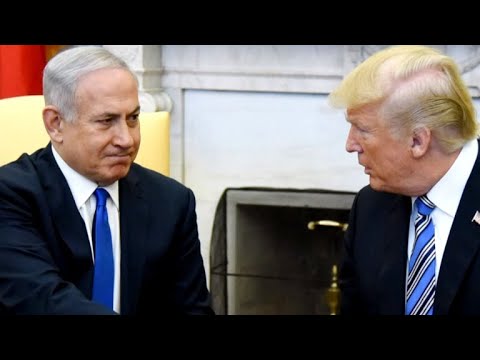 World leaders have been trying desperately to salvage the 2015 Joint Comprehensive Plan of Action (JCPOA) nuclear deal between Iran and the P5+ countries: the US, Britain, China, Russia, France and Germany. The seventh round of talks in Vienna ended on Friday with very little to suggest that the main parties will agree to reviving the deal.

Washington’s refusal to lift all Western sanctions on Iran is a major sticking point, as is Tehran’s demand for guarantees that no future US administration will be able to abandon the deal. It’s a position that seems reasonable given how we got to this stage. The US and its European allies, however, say that they cannot agree to such a commitment and have accused Iran of reneging on pledges it made during the previous round of negotiations. While the talks hang in the balance, a parallel debate has flared up over who’s to blame for the mess.

It was former US President Donald Trump who, in 2018, walked away unilaterally from the deal stitched together painstakingly by his predecessor, Barack Obama. Even at the time, the decision was regarded widely as reckless, but few bothered to point out that it was one of Trump’s many gifts to Israel.

Predictably there has been much finger-pointing at Israel, although those looking to blame the occupation state are not its usual critics; pro-Israel commentators and former officials of the state are among them. Trump’s decision “was one of the dumbest, most poorly thought out and counterproductive US national security decisions of the post-Cold War era,” wrote Thomas Friedman in the New York Times, for example.

Friedman is no dove. He has used his influential platform with the NYT to defend Israel and justify US imperialism, including support for the disastrous 2003 invasion of Iraq. On the nuclear issue, though, his search for someone to blame for what he now calls a “disaster” led him in the direction of former Israeli Prime Minister Benjamin Netanyahu and Trump. Their leadership, argues Friedman, has weakened America’s status in the world. After walking away from the deal, Trump adopted a “maximum pressure” policy towards Iran in the false hope that the Mullahs would return to negotiations on their knees. Instead, Iran dug its heels in and did the complete opposite. Emboldened by China, Iran called Washington’s bluff and weathered the storm.

Pulitzer Prize-winning writer Friedman is not alone in pointing the finger at Netanyahu and Trump, who together represented the greatest double act that pro-Israel groups could have wished for. Former Israeli Defence Minister Moshe Ya’alon was equally scathing in his assessment. “Looking at the policy on Iran in the last decade,” he told Haaretz, “the main mistake was the withdrawal from the [nuclear] agreement.” Ya’alon, who was defence minister under Netanyahu from 2013 to 2016, explained that although he opposed the Iran deal at the time of its signing during the Obama administration, withdrawing from it was an even greater error.

A predecessor of Netanyahu, Ehud Barak, echoed Ya’alon’s sentiments. “Israel’s policy towards Iran since the signing of the nuclear deal in 2015 has been nothing but a failure,” he said. The 79-year-old — one of a number of former Israeli prime ministers to predict that the occupation state was heading towards apartheid — went on to argue that the “failure” stemmed from “ineptitude and the dangerous illusions of its leader.”

As much as such admissions are refreshing, it’s quietly forgotten that Israel and its major lobby group in the US, the American Israel Public Affairs Committee (AIPAC), celebrated Trump’s unilateral withdrawal from the deal as a major achievement. Israeli media adopted the narrative that it represented a major geopolitical victory and the slaying of the ghost of Obama. Similar sentiments were expressed by other Zionist groups. Ron Lauder, president of the World Jewish Congress, described the decision as “courageous” before urging — with great irony — the international community not to allow Iran to flout international law. He called for the “highest level of economic sanctions” to be imposed on the Islamic Republic if it does.

Also forgotten is the aggressive campaign by the pro-Israel lobby in Washington before, during and after the JCPOA was agreed. For Obama, AIPAC and its fellow lobby groups were a constant thorn in his side. “It’s worth noting that AIPAC spent many years and millions of dollars relentlessly lobbying for a policy that led to Iran having an unconstrained nuclear programme,” tweeted Ben Rhodes last week as the blame game kicked off.

As Obama’s deputy National Security Advisor, Rhodes had many run-ins with the pro-Israel lobby during his time in the White House. He knows first-hand the sway that AIPAC has on Capitol Hill. Obama himself attested to this fact in his book A Promised Land. “Members of both parties worried about crossing the American Israel Public Affairs Committee (AIPAC),” he recollected.

Indeed, Obama painted an image of US presidents being under constant pressure to make concessions on Israel’s behalf in order to avoid electoral defeat. “Those who criticised Israeli policy too loudly risked being tagged as ‘anti-Israel’ — and possibly anti-Semitic — and confronted with a well-funded opponent in the next election,” he said of the pressure his administration faced.

It’s worth recalling that despite being subjected to possibly the most humiliating incident that any US president has faced in office, when Netanyahu was invited before Congress to speak against the nuclear deal that he had worked so hard on, Obama’s parting gift was to indulge apartheid Israel with a $38 billion military aid package.

Now Israel is once again threatening to sabotage the latest round of nuclear negotiations. With the talks in the balance the bellicose Zionist state has been urging the US to take military action. Defence Minister Benny Gantz and Mossad spy chief David Barnea are expected to meet senior officials in the White House to make the case for a military-first agenda against Iran. Mossad has also sent a chilling warning that it will strike at the heart of Iran’s nuclear programme.

As much as Iran is regarded as a destabilising influence in the Middle East, it is hard to deny that Israel’s meddling in global issues is equally if not more problematic. If Professors John Mearsheimer and Stephen Walt are to be believed — and there is little reason to doubt them —the pro-Israel lobby was not only instrumental in America’s disastrous invasion of Iraq, but can now also add the broken Iran nuclear deal to its list of dubious achievements. Remember this: it will be Israel, not Iran, which destroys any new nuclear deal and takes the region closer to another armed conflict.