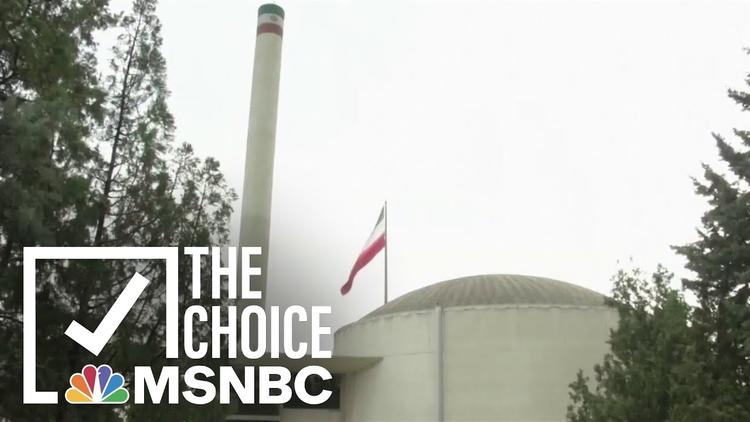 Ann Arbor (Informed Comment) – This week Iran returned to Vienna for negotiations with Germany and the four members of the UN Security Council still adhering to the 2015 nuclear deal or Joint Comprehensive Plan of Action (JPOA). Chief negotiator Ali Bagheri-Kani brought two documents, one on the lifting of sanctions on Iran and the other on the shape of the country’s civilian nuclear enrichment program.

Bagheri maintains that Iran has modified its position on its civilian nuclear enrichment program in response to European critiques. If he is speaking the truth, it means that there have been some real compromises and negotiations so far.

Secretary of State Antony Blinken warned that time is running out for Iran to prove that it is serious about the negotiations. The Iranians think it is hilarious when he says things like that, since it has all along been the US that isn’t serious about the JCPOA — to the extent of never implementing it and then reneging on it.

The United States, which trashed the agreement in May, 2018, under Trump, is not present at the table in Vienna but has a delegation in Vienna that is hearing indirectly from France, Britain and Germany in particular about the Iranian negotiation points. The United States, despite signing the JCPOA in 2015, has never abided by its provisions for removal of sanctions on Iran. And the US has prevented other countries from investing in Iran, so that Iran mothballed 80% of its civilian enrichment program and got less than nothing in return. I say less than nothing because Trump actually imposed a financial and trade blockade on Iran through Treasury Department threats and sanctions directed at Iran’s trading partners, which were more severe than previous sanctions. This, despite Iran’s adherence to the letter of the agreement through May, 2019.

The obvious thing for the Biden administration to do to restore the JCPOA, to demonstrate its good faith, is to lift the Trump financial and trade blockade on Iran. Trump slapped that “maximum pressure” on Iran at a time when it had been scrupulously observing the terms of the 2015 nuclear deal! Now Washington is complaining that Iran isn’t adhering to the deal’s stipulations.

Iran isn’t adhering to the treaty’s stipulations, since it never got the sanctions relief it was promised. It is going for nuclear latency or the Japan option, of developing all the skills and material for a bomb without actually constructing one. Nuclear latency is a deterrent against invasion by one’s enemies or attempts at regime change.

The Iranian press complains that Republicans in Congress are pressuring the Biden administration not to offer Iran any sanctions relief as a way of restoring the treaty, and, indeed, they want new sanctions on Iran.

The US public has no idea what the real stakes are in trying to strangle the economy of a country such as Iran, which is as populous as Germany, as big territorially as Western Europe, and which has an advanced technological and scientific establishment. That country will find ways of fighting back, so that the US is on a war footing with Iran, a footing that could spiral out of control into hot conflict at any time.

In fact, Americans have been so heavily propagandized by the dark money groups that want war on Iran that they don’t know that Iran’s nuclear enrichment program is civilian in character, or that Iran isn’t anywhere close to making a nuclear weapon and has no weapons program. Brookings found that strong majorities think Iran has a bomb. At the same time, nearly half think Israel is not a nuclear power, even though it has some two hundred atomic bombs.

So I guess there isn’t much domestic pressure on the Biden administration to return to the JCPOA, which was the most effective instrument of nuclear non-proliferation ever enacted until Trump destroyed it. Why insist on non-proliferation if you think Iran already has a bomb? And what good is non-proliferation if countries like Israel have a major nuclear arsenal with which they blackmail their neighbors?