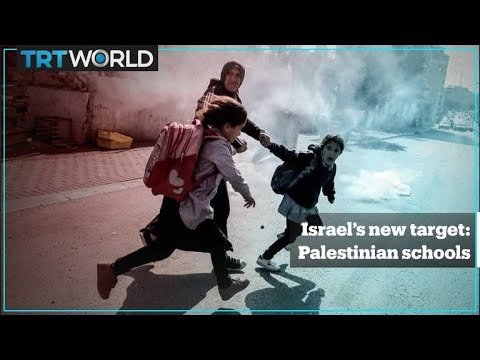 Ann Arbor (Informed Comment) – Quds reports that on Saturday, Israeli squatter-settler mobs assembled outside Palestinian hamlets in the suburbs of Nablus, near the settlement of Homesh, with mayhem on their minds. The local Palestinians set up a neighborhood watch at the entrances to the hamlets to forestall attacks and vandalism. It was the second day of such confrontations, after major violence on Friday.

These events are a further indication that a low-intensity civil war is ongoing between the 3 million Palestinians in the Palestinian West Bank and the hundreds of thousands of Israel squatters that the Israeli government has plunked down on land owned by those Palestinian families. This development is one of the more consequential in the Middle East and dominates headlines in the region, but there is a blackout on these events, for the most part, in American television news. American security is very much entangled in these events, and the major cable news channels are harming that security by keeping the public in the dark.

Arab 48 reports that on Saturday evening a confrontation took place between Israeli occupation forces and Palestinians who had gathered to secure the entrance to their hamlet of Burqa. The Israeli army fired on them and unleashed military-grade tear gas against them. The Palestinian Red Crescent society said that dozens suffered difficulty in breathing because of the tear gas, and two homes had to be evacuated by families because tear gas canisters had been fired into them.

Troops also fired tear gas and sound grenades in the hamlet of Deir Nizam north of Ramallah. That suburb has been blockaded by the army for two weeks now.

On Saturday evening, Israeli troops set up cement blockades, blocking the main road between the Palestinian cities of Jenin and Nablus.

The squatters were outraged by the killing of an Israeli settler, Yehuda Dimentman, by a Palestinian. Mr. Dimentman’s death is tragic. He hailed from the settlement of Homesh, which is considered illegal even under Israeli law. The Israeli occupation military mounted a manhunt for the shooter in the Nablus region.

Al Jazeera English reports that on Friday, mobs of Israeli squatter-settlers burst into a set of Palestinian hamlets near Nablus on the Palestinian West Bank, damaging homes and cars and attacking at least two individuals, putting them in the hospital. In the aftermath, Israeli security forces fired rubber-coated metal bullets and military-grade tear gas at the assembled Palestinians.

In Qaryout, Israeli squatters broke into a house and attempted to kidnap Wael Miqbel, who was pictured on social media with extensive bruising on his face. The squatters fled when Palestinians of the hamlet gathered to confront them, according to Quds.

Jihad Salah at Burqa village said that armed squatters set a building on fire and threw stones at homes.

Huge damage caused by Israeli settlers after attacking a Palestinian home in Qaryout village, to the eas of Nablus, pre dawn today. A Palestinian man is seriously injured in the attack. #SettlerTerrorism #Palestine 1/2 pic.twitter.com/aMLM8wpxhb

Amman-based MenaFN reports that 142 Palestinians suffered injuries or the effects of tear gas inhalation during confrontations with Israeli security forces in the village of Beita south of Nablus, Beit Dajan to its east and Burqa to its west on Friday.

The director of emergency operations in the Palestinian Red Crescent at Nablus, Ahmad Jibril, said that rescue teams dealt with 142 victims during confrontations in the three hamlets.

The Israeli squatters attacked Ibrahim Ahmad Abu al-Izz near the squatter-settlement of Yitzhar, which was built on Palestinian-owned land south of Nablus, hitting him in the chest with a rock so that he had to be transported to the hospital in Nablus.