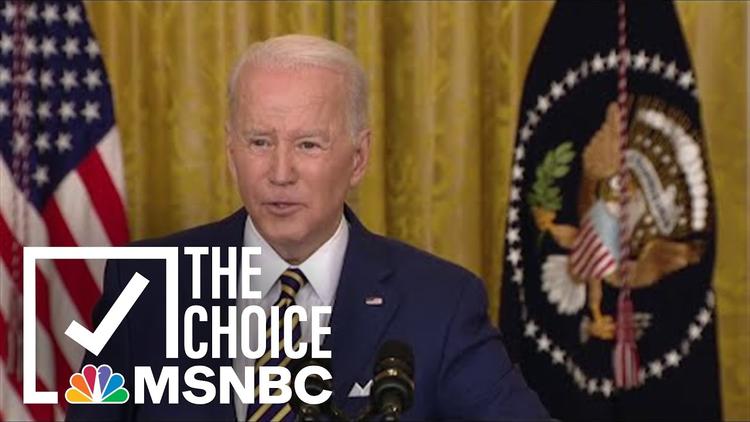 Ann Arbor (Informed Comment) – Republican outlets like Politico and Fox and the Wall Street Journal (the latter two echo chambers for reactionary Australian billionaire Rupert Murdoch) have been asking whether Biden’s is a failed presidency. The stupid gives me vertigo. After the lunacy Trump put the country through, even if Biden had had fewer successes than he did, he’d have been a roaring success just by not replicating the previous four years of dysfunction. But Biden has had some very major legislative and economic achievements that cast the Trump presidency in an even worse and more garish light. The journalistic establishment seems to have a fatal case of amnesia when it comes to Trump and seems to fix Biden with an unforgiving gimlet eye. If we compared Trump’s catastrophic last year with Biden’s very good first year, the contrast would be even clearer, but let’s compare the first years of both presidents.

Top achievements of Donald Trump in his first year:

1. Repeatedly tried to ban Muslims from certain countries from entering the United States. Kept being struck down by the courts or pressured to exempt certain countries by his cabinet. He succeeded on the third try, having dropped Iraq and Chad. Most people from most Muslim countries continued to be able to come freely to the US, so his Muslim ban ended up being symbolic. He did split families and impose a lot of pain and inconvenience on the Muslim Americans that were affected.

2. Visited Saudi Arabia, which he put in charge of counter-terrorism efforts, while he gullibly swallowed Saudi lies about Qatar, which the Saudis blockaded and the government of which they tried to overthrow. Qatar is a key American ally that provides the US Air Force with al-Udaid air field, hosting over 10,000 US service personnel, from which most US sorties against terrorist groups like ISIL were flown. Trump is gradually convinced by Secretary of Defense James Mattis to reverse himself on demonizing Qatar. Far from combating terrorism, as Trump confidently predicted, members of the Saudi elite went on to murder and dismember a Washington Post columnist in their Istanbul consulate.

3. In Trump’s first year, the economy added 1.8 million jobs. This would later be overshadowed when his mismanagement (and sometimes entire denial) of the pandemic cost the economy 22 million jobs, so that he finished out his term as the only president in modern history who lost jobs.

4. Appears to have threatened to nuke North Korea, saying of its missile tests “they will be met with fire and fury like the world has never seen.”

5. Announced his intention to withdraw from the Paris Climate Accord. Later does so. Promotes the burning of coal. Says wind turbines cause cancer. Says the climate emergency is Chinese disinformation. Sets back climate action for nearly half a decade that humanity did not have.

6. Called the Nazis who marched in Charlottesville against pulling down statues of Confederate slavers, chanting “Jews will not replace us,” “very fine people.” For some time appointed crackpot conspiracy theorist Steve Bannon, who spoke of admiring Benito Mussolini, as White House chief strategist. Mussolini’s army killed several hundred thousand Allied troops who were fighting for democracy.

8. Trump blocked Puerto Rico from receiving aid after Hurrican Maria, apparently on the grounds that its residents are Hispanic.

9. The chair of Trump’s election campaign, Paul Manafort, is indicted on charges of conspiring against the United States, lying to the FBI, laundering tens of millions of dollars, and not having registered as a foreign agent for the old, pro-Russian government of Ukraine. Once Ukraine got an independent government not under Vladimir Putin’s thumb, under Manafart the Republican Party removed a plank of its platform pledging to support Ukraine against Russia.

After all that, nobody in the corporate media was saying Trump had a failed presidency. They went on being sure he’d be elected right until November, 2020.

Now, all Biden would have to do to be a million times better than Trump would be to just avoid doing the things Trump did in his first year.

In addition to not having done any of these things, Biden in his first year presided over an almost different country:

1. 6.4 million jobs were added, more than in any one year in the 21st century, and more than the first three years combined under Trump.

2. Unemployment plummeted from 6.2 percent in Trump’s last month in office to 3.9 percent, the largest single-year decrease in American history.

3. The number of Americans filing unemployment claims fell to the lowest level since 1969. The number of people filing fell from 18 million to 2 million, an unprecedented decrease.

4. Child poverty was cut in half. Hunger was reduced by a third.

5. Rejoined Paris Climate Accord. Used executive orders to open up hundreds of acres of offshore ares to wind turbines that will generate clean electricity to power millions of homes. Put money in Infrastructure Act (which passed) for green projects like recharging terminals and promotion of electrification of transportation

6. Unlike Trump, who talked big about redoing American infrastructure, Biden backed and passed a law actually to do it. Roads, bridges, rail, municipal facilities will all benefit and it will kickstart the economy.

8. Biden brought in military vaccinators and gave states needed resources, vaccinating 200 million Americans. He thereby saved 1.5 million people from dying who would have otherwise kicked the bucket. Trump had discouraged mask-wearing and social distancing, said that the coronavirus would disappear on its own by April 2020, and advised people to drink bleach (don’t do that). The omicron spike could well be over by early February, and by spring-summer the country could be getting back to normal. If so, that is on Biden.

9. Americans will finally get rid of lead in their water pipes under Biden. Lead causes permanent brain damage and there is no safe dose. It is a scandal that Biden is the first president to take this major public health crisis, as seen in Flint, Michigan, seriously.

10. Biden’s stimulus act got money into the pockets of millions of hard-pressed Americans. He added 5 million people to the ranks of the medically insured. Well-being increased for many at the bottom of society.

There isn’t any comparison here. Trump was an erratic high-functioning sociopath and the worst president in history, who left the country broke, beset by polarization, ravaged by disease, and incredibly corrupt, to the point where the democratic transition of power was endangered by a Trump-orchestrated fascist mob. Biden has been a transformative president.

That people are even asking these questions makes me think that those inside the Beltway have lost their freaking minds.