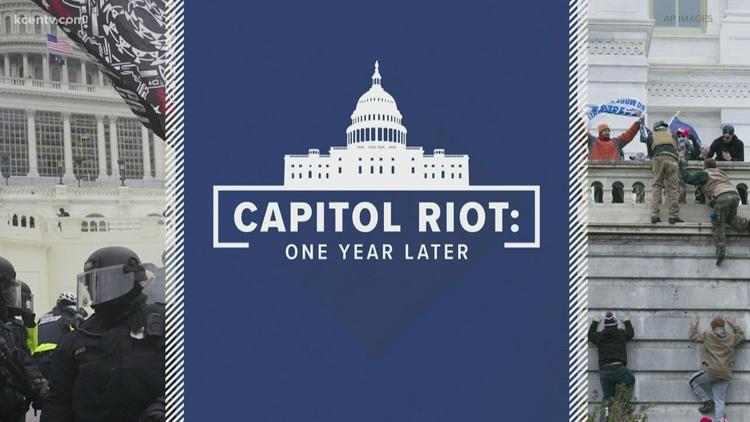 By Mia Bloom and Sophia Moskalenko | –

The leader of the Oath Keepers militia, Stewart Rhodes, must stay behind bars pending trial for his alleged role in the storming of the Capitol, a judge ruled on Jan. 26, 2022. While this means authorities can keep tabs on the whereabouts of Rhodes – and presumably limit any perceived threat from him – the same may not be said for all members of the group.

Rhodes and other defendants who have pleaded not guilty to charges of seditious conspiracy over the attempted insurrection on Jan. 6, 2021, present just a fraction of the total membership of the Oath Keepers – the size of which raises uncomfortable questions about the possibility of violent radicalization in the U.S. military.

As experts on violent extremism, we believe it isn’t only the number of Oath Keepers that is a problem, it is their makeup. A significant number of their members are veterans – both female and male – who bring military skills to the group and also serve as recruiters for other active and former armed service personnel.

Challenging the commander in chief

The Oath Keepers were founded by Rhodes in 2009 as an anti-government group in response to the Obama presidency.

The group’s name implies a mandate to honor their oath to the U.S. Constitution, and in particular to “defend the Constitution against all enemies, foreign and domestic.”

Article continues after bonus IC video
KCEN News: “The founder of the far right militia group Oath Keepers must stay in jail before his trial”

But its founding inspiration was precisely the opposite: challenging a legitimate president and commander in chief out of animosity toward what Barack Obama stood for. Since then, the Oath Keepers have armed and broadcast plans to mobilize.

The Oath Keepers may number in the thousands, yet we believe they present a greater threat than their membership suggests. This is partly because the Oath Keepers actively recruit current and retired members of the armed forces.

As UMass Lowell terrorism expert and our research collaborator, Arie Perliger, has shown in his work, Oath Keepers members are likely better trained militarily than other extremist groups because of the group’s composition.

About 10% of the Oath Keepers are active-duty military, and around two-thirds are retired military or law enforcement, according to analysis of the group’s membership by the Center for Strategic and International Studies. Several Oath Keepers present at the Jan. 6 attack were veterans, such as Larry Brock, the so-called “zip-tie guy” due to his being photographed with the makeshift handcuffs.

According to an analysis of court and Pentagon records by CNN, as many as 14% of those charged with crimes related to storming the Capitol served in the military. This is double the proportion of veterans in the general American adult population.

Military members are desirable to extremist groups because they bring special skills such as experience with weapons, targeting and combat experience. According to the indictment, the Oath Keepers used a “stack,” or staggered military formation, to breach the Capitol.

As our previous research demonstrated, the processes of radicalization in an extremist group movement is in many ways similar to military training. Those with military backgrounds possess not only the skills that radical groups seek, but also the psychological readiness for violent conflict that is rare among civilians.

The rise in radicalization within the ranks of the military can be observed in the increasing proportion of domestic terrorism acts in the U.S. involving active-duty and reserve personel, from 0% in 2018 to 1.5% in 2019 and 6.4% in 2020, according to the Center for Strategic and International Studies.

The number of Americans with military ties classified as extremists quadrupled in recent years, according to Michael Jensen and other researchers at the University of Maryland’s Study of Terrorism and Responses to Terrorism center.

An increase in radical ideology among members of the U.S. military makes it a fertile ground for recruiting by groups such as the Oath Keepers.

A 2019 poll of active-duty troops found that around 1 in 3 (36%) reported personally witnessing “White nationalism and ideologically-driven racism” among their peers. This included the use of racist language, but also swastikas drawn on service members’ cars and stickers supporting the Ku Klux Klan.

This high proportion reflects a significant increase from the previous year: In a 2018 poll, 1 in 5 (22%) active military troops had reported witnessing such behavior.

As well as posing a risk due to their weapons training, active and former military personnel pose a greater threat as members of right-wing militia groups. Unlike civilians, military people must take an oath, pledging allegiance to their country and the institutions of democracy enshrined in the Constitution.

When they align with groups like the Oath Keepers and plan an attack on the U.S. government, these military personnel betray their oath. This kind of hypocrisy is known in psychology as cognitive dissonance – an uncomfortable psychological state that arises when one’s actions contradict one’s self-image, causing a motivation to “double-down” to justify one’s actions. It is the reason that painful, embarrassing or humiliating initiation rites are often effective in radicalizing new members. The additional psychological cost of cognitive dissonance may mean military members of the Oath Keepers are more committed to their new allegiance after they turn away from their old one.

While the Oath Keepers wish to present themselves as the ultimate masculine alphas, some of the real power lies with the women supporting their efforts.

The number of men arrested over the Jan. 6 riot outnumber that of women. Of the 11 charged with seditious conspiracy, only one – Jessica Watkins, a former army ranger who at the time of the attack identified as an Oath Keeper – is a woman.

However, women play key support roles from behind the scenes, raising money, disseminating propaganda and even recruiting new members.

After Rhodes was arrested, Kellye SoRelle, a former attorney, was named as “acting president” of the Oath Keepers.

The hidden face of extremism is often female, as our previous research on the subject has shown. In Jihadi groups, women were crucial for fundraising, disseminating propaganda and recruiting men for the cause. Women in Jihadi organizations, like al-Qaeda recruiter Malika el Aroud, were able to shame men into participating in the conflicts in Iraq and Afghanistan.

On her website, minbar.sos, Aroud exhorted men to step up to prove that they were real men.

We see comparable dynamics in American right-wing extremist groups and the ways in which women weaponize toxic masculinity.

Some analysts have predicted that membership in the Oath Keepers will decline as a result of the indictments.

But those indicted number a only a few; the real concern is that the men and women who make up the Oath Keepers’ rank and file could continue to recruit while the leaders remain behind bars.