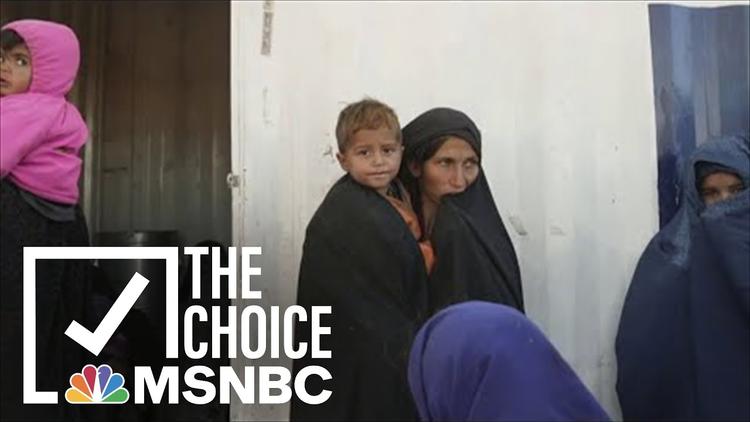 Ann Arbor (Informed Comment) – Kevin Liptak and Natasha Bertrand report at CNN that the Biden administration has decided to split the $7 billion in Afghanistan government money held in the US and confiscated last August when the Taliban took over the country. $3.5 billion will be released for humanitarian aid in Afghanistan itself, while $3.5 billion has been held in reserve pending the outcome of lawsuits by 9/11 survivor families against the Afghan state for that country’s having hosted the al-Qaeda terrorist movement that killed nearly 3,000 Americans 21 years ago.

The decision has provoked an uproar on both sides. The 9/11 families and their supporters say that the entire $7 billion should have been set aside for them. Those who care about the people of Afghanistan point to an unprecedented humanitarian crisis in that country that needs to be alleviated with the entire $7 billion.

The humanitarian crisis is severe. Some 20 million out of 38 million Afghans are experiencing hunger. Some 70 percent of Afghan families are having to borrow money to buy food this winter. Save the Children says that 5 million children are at emergency levels of food insecurity. The wheat crop was down 40% this year because of a climate-emergency-related drought.

But the big problem is that Afghanistan had become a modern economy and people were used to banking and credit. Since the Taliban took over in August and the US declared them a specially designated terrorist organization, everyone is afraid to send any money to the country through the Central Bank, which is under Taliban control. The banks have thus frozen up, and credit has dried up. Although in December the Treasury Department finally announced waivers to aid organizations for dealing with the Taliban to provide relief to the people, and Treasury also allowed money to be wired to individuals in Afghanistan, in the real world most institutions don’t trust the US not to fine them, and so the waivers have had little beneficial effect.

I mean, what if you sent money to an Afghan charity and it turned out to be a Taliban front, and the FBI came to your house to take you away for material support for terrorism? The VOA reports on how Afghan fundraisers in the US have been stymied because Gofundme won’t transfer money to Afghanistan for fear of falling afoul of US sanctions, despite the Treasury Department waiver.

Jonathan Landay at Reuters got hold of leaked documents showing that the United Nations is terrified of this situation and trying to set up a currency swap mechanism to sidestep fears of US sanctions.

As I understand the issue, the 9/11 families are not guaranteed to get any of the money. The $3.5 bn. is being held in a kind of escrow in case their suits prevail in court.

Critics of the lawsuits launched by the 9/ll families argue that ordinary Afghans should not be punished for the September 11. 2001, al-Qaeda attacks on the US, since those assaults were not carried out by Afghans. Certainly, innocent Afghans should not be punished. Further, it appears that the Taliban ruling Afghanistan in 2001 had no idea what al-Qaeda was planning to do to the United States.

Still, the Taliban were not mere hosts of al-Qaeda as is sometimes alleged. Al-Qaeda fighters were considered the 55th Brigade of the Taliban military and played an important military role in the last phases of the Taliban take-over of the country in 1995-1996.

So it seems to me that the court cases could go either way, depending on whether the judge feels that the lack of direct involvement of the Taliban in 9/11 is exculpatory and gets the Taliban off the hook, or whether she feels that the Taliban’s entanglement with al-Qaeda is sufficiently extensive to make the former responsible for the latter’s actions.

If the suits fail, presumably the remaining funds would also be released for humanitarian aid in Afghanistan. The Biden administration appears to hope that proceeding in this way will keep the entire $7 bn. from being tied up in court for years. This way, at least a big chunk of the funds can be purposed for helping desperate Afghans.

Liptok and Bertrand write that in January the Biden administration dedicated $308 million to helping ordinary Afghans with aid and with Covid-19 vaccinations. They add that since October, 2021, American assistance to Afghanistan has totaled $782 million.

If the Biden administration can find ways swiftly to disburse some of the $3.5 billion it released for humanitarian aid to Afghans, that step might forestall mass starvation.

It seems, however, that declaring the Taliban, who are the government, a specially designated terrorist organization, is a steep obstacle to efficiently addressing the humanitarian issue. That, more than repurposing half of Afghanistan government money in US hands, is driving the economic and food crisis, now and in the long term. Washington’s obsession with terrorist designations and with sanctions has caused it to imperil civilians in several countries, including Afghanistan, Syria, and Yemen. Ominously, the Biden administration is now considering slapping the terrorist designation on the Houthis in Yemen yet again, after having removed it to avoid the deaths of millions of Yemenis.

Terrorism designations and sanctions should be rethought, especially regarding central banks. Or Biden may have egg on his face again from an Afghanistan debacle, this time not that of a messy withdrawal but the images of Afghans dying on his watch and in part because of his policies.