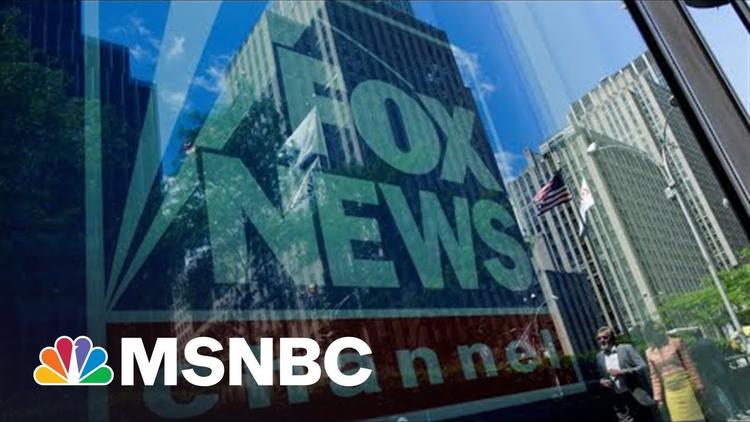 Ann Arbor (Informed Comment) – The United States has failed Covid. Compared to most other industrialized countries, its per capita rate of infection and death is much higher. Despite having plenty of vaccines, there has been a lag in getting them into people’s arms, especially into the arms of the most at-risk group, of those over 65.

USA Today’s headline contains all the contradictions: “Boosted Americans 97 times less likely to die of virus than unvaccinated; CDC predicts 75,000 more deaths by Feb. 26.” If we know the first part of the headline, why are we having all those further deaths, when boosters are free and universally available?

To a large extent, the reason for all those deaths is the Republican Party. Eric Kleefeld at Media Matters shows that for-profit news organizations have been reluctant to call out the Republican Party on its deadly vaccine disinformation campaign. Fox “news” tells people that the vaccines have been a failure (they have not).

Aaron Blake at the Washington Post reports a Kaiser study showing that 58% of Democrats who are vaccinated but not boosted intend to get boosted as soon as they can. Only 18 percent of vaccinated Republicans say that.

Moreover, 62 percent of Democrats are already boosted, while only 32 percent of Republicans are.

Over all, 90% of Democrats are vaccinated, but only 60 percent of Republicans are.

Ciara Linnane at Marketwatch observes, “The U.S. leads the world with 75.4 million cases and 892,001 fatalities.”

For the past week, the daily fatalities were 2,600, about the worst we’ve seen. And this is despite having vaccines.

I am a boomer. I’m not used to America coming in last on a scientific problem. Once we decided to do it, we had Americans on the moon in only 6 years. We invented the heart transplant. How can we be dead last in dealing with the Covid threat?

Benjamin Muller and Eleanor Lutz at the NYT explain that 12 percent of Americans over 65 still have not gotten 2 doses of the Pfizer or Moderna vaccine or one dose of Johnson & Johnson. And 43% of the over-65 set haven’t gotten a booster.

As we saw above, the unvaccinated are very disproportionately Republicans.

The 12 percent who were not fully vaccinated were sitting ducks for the highly transmissible omicron variant, since it especially preys on the elderly and without a vaccination they have no way to fight it off. There are roughly 54 million Americans over 65, and 12 percent are about 6.5 million people. Of course, the even smaller group of elderly who are entirely unvaccinated are even more at risk. Those are the ones, in the main, who are dying at the rate of 2,600 a day two years into a pandemic for which we have effective vaccinations. Some 90% of those hospitalized with Covid are unvaccinated.

According to the US Census, about half of those who are unvaccinated are worried about side effects. This is an unfortunate fear since we have just done a vast experiment and given the shots to 200 million Americans, and there just has been no problem to speak of. It is not clear how many of these people were dissuaded by disinformation from right-wing media.

About a third don’t trust the government. Nearly a fourth don’t think Covid is a big deal.

About two percent of the unvaccinated say they found it difficult to get the shot, and these were likely to be poor, less educated, and minority members. (Overall, the rates of vaccination across races are broadly the same).

The elderly who are being told by Fox Cable News, AON and Newsmax, as well as by Spotify and Facebook, that Covid isn’t a big deal or that vaccines don’t work, or that they have dangerous side effects, are literally being killed by the Republican culture war. Old people in crowds during the omicron spike needed to wear masks, but the Republican Right made it a badge of honor not to.

The lawsuit that stopped President Biden from requiring all employers of 100 or more workers to put in a vaccine mandate was launched by twelve Republican governors.

They have blood on their hands.