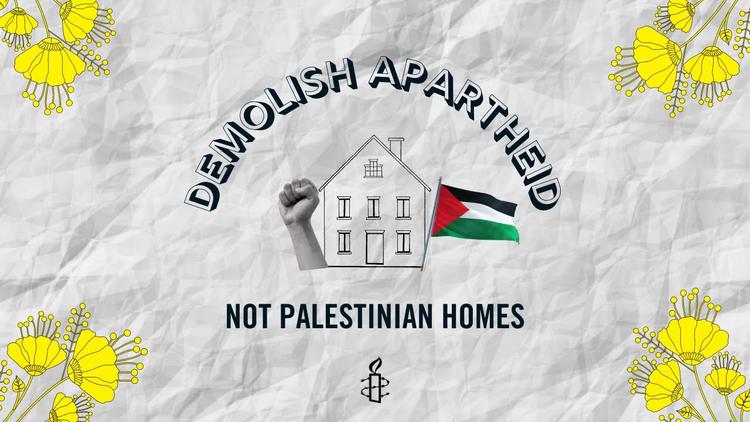 Madison, Wi. (Special to Informed Comment) – The unqualified branding of people, organizations, reports, and movements as “anti-Semitic” for their criticism of Israel is having a boomerang effect. Labeling every condemnation of Israel as “anti-Semitism” silences those whose voices are most needed. The repeated charge of anti-Semitism debases its actual meaning—and provides cover for those genuinely guilty of the offense. Screaming “anti-Semitism” for base nationalist ends has caused indignation and anger that will rebound on the accusers. Real anti-Semitism —the hatred of Jews because they are Jews— has been lost in the fog of politics.

Amnesty Internationa’s February 1st report on the systematic oppression and discrimination of Palestinians living in Israel and the Occupied Territories is the latest example of how painstaking research is cast aside by a label. The report’s conclusions are neither new nor unusual. Its findings and recommendations are not immune from scrutiny or rational discussion but, as with other such studies, they cannot be ignored. The pernicious dismissal of the report altogether—even the New York Times didn’t bother to cover it—suggests more about the political climate in Washington and among influential lobbying and advocacy organizations.

A systematic refutation of Amnesty’s findings will never take place. There will simply be the standard defamatory response to such documents whose aim is to highlight the iniquities of an occupation regime. It is easier to shout at, label, condemn, and discredit the bearers of the message than to rebut the facts. A glance at the sources and substance of the report illuminates these ignominious efforts. If Amnesty International “singled Israel out” — it was not as a nation guiltier than others of human rights abuses but as one it has to treat with kid gloves, checking and rechecking facts and their sources ten times over to try to make the report unassailable. The effort, however, is pointless. Israel’s defenders slap on charges of anti-Semitism and bias as soon as the object of the study is known.

A close reading of the report’s findings nevertheless renders these reactions laughable. In Amnesty International’s case, a 280 page report, one that took four years to complete and whose research involves sources going back decades into the history of Israeli-Palestinian strife, the documentation is especially revealing. Nearly 600 of the 1559 footnotes are based on Israeli (and/or Jewish) reports. International legal documents form the basis for another 600+ notes. The remainder are primarily from human rights organizations such as al-Haq, Addameer, Al-Mezan, and Adalah — though these are immediately discredited for being Palestinian, something that speaks for itself.

What about the Israeli news media? Those cited in the report include the Jerusalem Post, the Jewish News, Israel National News, YNET, The Jewish Telegraphic Agency, and Haaretz. Left or Right, do these outlets disseminate rabid anti-Jewish sentiment? Are Israeli organizations B’tselem, Zochorot, Ir Amim, Peace Now, Gisha, HaMoked, ACRI (association for civil rights in Israel), Akevot, Bimkom, Kerem Navot, the OR Movement, and Ta’ayush trying to deny Israel’s legitimacy or its “right to exist”? What about the Jewish National Fund — shall we brand this organization anti-Semitic? Shall we dismiss all of the above sources when critics of Israel use them?

Then there are the legal sources. Shall we write off the Rome Statute, the 1985 Convention Against Torture, the 1973 Apartheid Convention? Is the 1949 Fourth Geneva Convention on the Protection of Civilians in Times of War anti-Semitic? What about The Hague Convention of 1907? The 1965 Committee for the Elimination of Racial Discrimination (CERD) that Israel ratified in 1979? What about The International Criminal Tribunal for the Former Yugoslavia from 1993-2017 (ICTY) also cited in this report. Is that full of anti-Semitic rhetoric too?

Are UNICEF, the World Food Program (WFP), Save the Children, Doctors Without Borders, and the World Health Organization (WHO) anti-Jewish? What about the Institute of Labor Economics? The International Committee of the Red Cross (ICRC)? The Office for the Coordination of Humanitarian Affairs (OCHA), the World Bank?

Do these sources, taken together, suggest that Amnesty International is a “radical organization echoing propaganda” that “quotes lies spread by terrorist organizations” an organization that is “false, biased, and antisemitic” (Israeli Foreign Minister Yair Lapid; Times of Israel, 1/31/22)? Is the report “absurd” as US Ambassador to Israel, Tom Nides, claims? According to AIPAC, Amnesty’s intention is to show that “Israel’s original sin is that it exists at all. This libelous report weaves a malicious web of lies and distortions with the contemptible objective to delegitimize Israel as a Jewish State” (AIPAC; from the Times of Israel, Feb. 1st, 2022)? Virtually all of the major mainstream Jewish organizations in the US condemned the report as did the US Congress and the Biden administration. What do these comments really tell us?

Open disregard for the materials gathered together in Amnesty’s report is both irresponsible and dangerous— as is the rejection of scholarly studies on the same or related subjects. They are therefore more easily dismissed as “absurd,” as using “double standards,” of being “corrupted by racism and xenophobia” and, of course, of being “false, biased, and antisemitic” (Israel Ministry of Foreign Affairs Press Release, Jan. 31st, 2022).

To be labeled an anti-Semite for championing human rights, speaking out against oppression, demanding an end to dispossession, land expropriation, resource theft, home demolitions, torture and worse makes ‘anti-Semitism’ respectable. When ‘pro-Israel’ groups reflexively label well-intentioned people—scholars, intellectuals, researchers, activists, students—anti-Semitic it generates understandable anger and indignation especially among those whose efforts to expose these crimes are serious and sincere. Being systematically discredited for championing the ideals set forth in the 1948 Universal Declaration of Human Rights is going to backfire. ‘Anti-Semitism’ will become honorable. Blowback from the reckless and indiscriminate labeling of anything critical of Israel as ‘anti-Semitic’ is already underway.