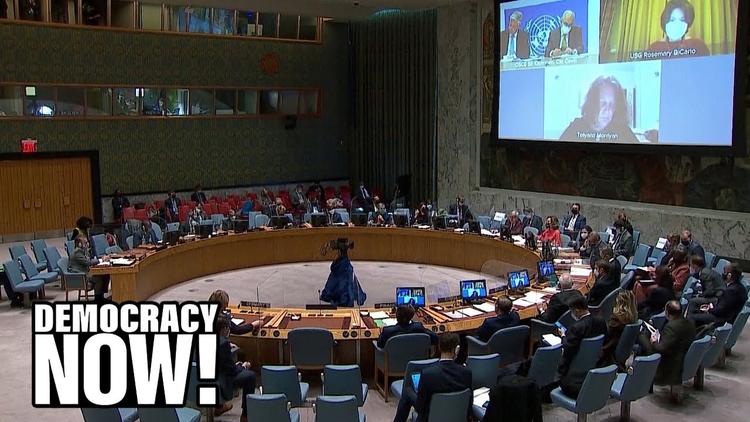 An invasion is not the only way the crisis in Ukraine can play out.

A diplomatic solution may yet provide an off-ramp for Russian President Vladimir Putin, whose placement of tens of thousands of troops along Russia’s border with its smaller neighbor kicked off the current crisis.

Indeed, the leaders of Russia and Ukraine have throughout the weeks-long crisis accused the U.S. and U.K. of stirring panic with talk of an imminent invasion.

Invasion may never have been the point. One interpretation is that President Putin mobilized his soldiers and sailors primarily to force a dialogue with the West over what the spheres of influence and interest in Eastern Europe should be.

As a scholar who has spent his entire career studying Russian history, I see the current crisis in a broader context. If you zoom out from the events of the past few weeks, it is possible to see this dangerous standoff as part of the continuing fallout from the disintegration of the Soviet Union in the early 1990s. Some 30 years on, the architecture of what is supposed to be the “new world order” is still being built.

Russia is a regional power in decline and feels insecure. If countries were able to experience emotions, Russia’s dominant feeling would be, I believe, humiliation. It feels it is a victim of Western expansion and wants a restoration of its lost influence.

This weakened but still ambitious regional power faces a global one, the United States, that is similarly fearful of losing its sway around the world in the face of a recent military retreat from Afghanistan and the economic threat of China. That standoff – between two hegemons, one regional, the other global – leaves Ukraine as the pawn in the middle.

What is going on in Ukraine fits with a military concept called “strategic depth.” This refers to the territory between a country and what it perceives to be hostile enemies.

During the Cold War, the Soviet Union had extensive strategic depth. The Warsaw Pact provided an alliance of pro-Soviet states in Eastern Europe that constituted a barrier between the Soviets and the West.

But from 1991, NATO expanded eastward until it enveloped most of those formerly Warsaw Pact countries. Poland, Romania and Bulgaria all became NATO members, as did the three former Soviet Baltic republics of Latvia, Lithuania and Estonia.

And then came the Bucharest conference in April 2008. The NATO heads of states at that meeting “welcomed” the aspirations displayed by Ukraine and Georgia and said it would hold the door open to future membership for both countries, though it pointedly did not invite Ukraine and Georgia to join the alliance.

When, a few months after that conference, Georgian leader Mikheil Saakashvili attempted to take back the rebellious pro-Russian region South Ossetia, Russia sent in its troops – a clear signal that no further expansion of NATO into the former Soviet Union would be tolerated. Discussion subsided for the next 13 years.

Russia’s strategic depth had by that time already shrunk considerably since the early 1990s. Putin now seems to fear it will be further eroded.

Indeed, U.S. rockets have been placed in Poland and Romania. NATO member Turkey has sold its powerful Bayraktar drones – which pounded Armenia into defeat during a short war in restive Nagorno-Karabakh in 2020 – to Ukraine. Meanwhile, the United States carries out war games in the Baltic States, and its troops are now heading to Eastern Europe.

In the same way that the U.S. reacts to any signs of Russian or Chinese military presence in Latin America, so too is Moscow keen to keep its strategic depth. Putin does not want a neighboring state falling under the military influence of what he sees as unfriendly nations. He wants a buffer.

Putin tends to be cautious and realistic in foreign policy. He is not as erratic as sometimes portrayed in the West. He knows that he isn’t playing a strong hand.

Russia’s defense budget, as he is well aware, is roughly 8% that of the U.S.‘s alone, never mind NATO as a whole, which spends almost 20 times what Russia spends on defense.

Economically, Russia is a declining power. Its GDP is about half of that of the state of California. A petrostate dependent on exports of gas and oil, Russia is suffering from the sanctions the West imposed after Russia’s precipitous seizure of Crimea from Ukraine in 2014.

Russians also know what it means to bogged down in a ground war as they were in Afghanistan for 10 years and as they are currently in the Donbass, in the eastern Ukraine. A full invasion would be a catastrophe for Russia.

The view of some in the West that Putin wants to rebuild the Soviet Union is, I believe, a fantasy that a realist like Putin has himself rejected. Yes, in 2005 Putin commented that the collapse of the Soviet Union was “the greatest geopolitical catastrophe of the [20th] century” and “a genuine tragedy” – a sentiment he shares with a majority of Russians. But pundits in the West are less eager to reference Putin’s other pronouncement that “He who does not regret the break-up of the Soviet Union has no heart; he who wants to revive it in its previous form has no head.”

Governments have been proved wrong recently when it comes to Putin’s desire to station troops in neighboring countries. U.S. Secretary of State Antony Blinken warned Kazakhstan that inviting Russian troops in to quell unrest would lead to a lasting presence only to see those troops march back to Russia days later.

On the other hand, when it comes to Ukraine, the Russian president has in the past made rash moves. If he had hoped for a pro-Russian or neutral Ukraine, his precipitous seizure of Crimea and support for separatists in Donbass after the Maidan revolution of 2014 produced a more anti-Russian, nationalist Ukraine and inclined Ukrainians to throw their lot in with NATO and the West.

A road map out of crisis?

Russia and Ukraine, working with European partners, tried to lay out a new structure for Russian-Ukrainian relations during the 2015 discussions over the Minsk II protocols, which were agreed to by Russia, Ukraine, France and Germany but never fully implemented. The breakaway Ukrainian regions bordering Russia were to be autonomous under a federal relationship with Kyiv. To Moscow, at least, Minsk II would have also provided assurances that Ukraine remain out of NATO. In June 2021 U.S. President Joe Biden and Putin “agreed to pursue diplomacy related to the Minsk agreement.”

But the protocol never came into effect – Ukraine and Russia never agreed on what was being agreed to.

The current threat of invasion could be Putin’s attempt to refocus minds around such an agreement and force parties back to a dialogue. Indeed, French President Emmanuel Macron recently described Minsk II as the “only path on which peace can be built.”

But if forcing a return to Minsk II, or something similar, was Putin’s intention, doing so by threatening invasion is a risky game. With nationalist feelings growing in Ukraine, President Volodymyr Zelensky might not be able to agree to Minsk II and remain in power. Similarly, in the U.S. any concessions to Russia by Biden is already being characterized as appeasement. In both states foreign policy is hostage to domestic politics.

Putin himself is facing hardliners back home. The Russian parliament has already given permission to recognize the independence of Ukraine’s separatist regions. And compared with some of the most rabid politicians and pundits jockeying for space on Russian media, Putin comes across as serious, sober and competent.

Mixed in with these domestic political dynamics is the ever-present struggle of two hegemons – one regional, one global – trying to reassert influence at a time of perceived decline. In so doing, they appear, to me at least, to be talking across each other.