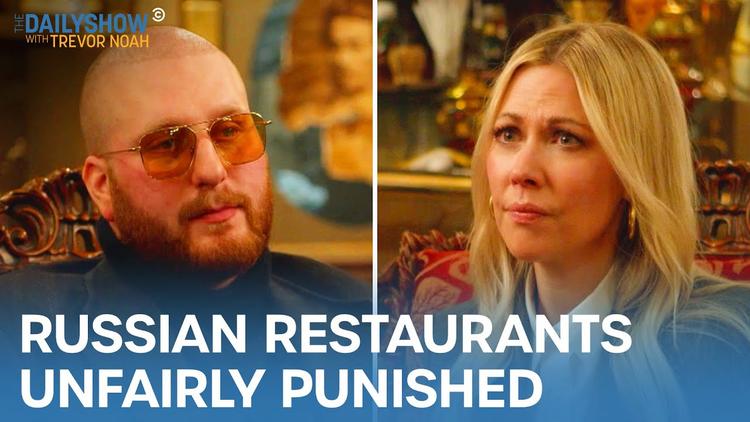 The Russian invasion of Ukraine has sparked global outrage and a desire to show support for Ukrainian citizens. Many people who are not in Ukraine have felt desperate to do something positive, something that will help.

Some have donated clothing and blankets. Others have registered to host refugees. And everywhere from government buildings to school playgrounds, the colours of the Ukrainian flag have been flown, solidarity writ large in blue and yellow.

But alongside this positive support for Ukraine is a more negative rejection of anything – and everything – associated with Russia. Military anthems by long-dead Russian composers have been stricken off concert playlists. Russian cats have been banned from international feline exhibitions.

This begs the question of what these actions seek to achieve and who is being impacted. As my research shows, the second world war offers multiple examples of destructive antagonism directed at German, Italian and Japanese citizens living in the UK and the US. As always in times of war, it is citizens who suffer the consequences of the actions of their government.

Amid the sanctions imposed on the Russian government, there have also been calls to boycott all things Russian, or even just Russian sounding. Boycotts, of course, give individuals a say through collective action. But many non-Russian products have been accidentally targeted.

Bar owners in the US have dumped Stoli Vodka, which is actually made in Latvia by a company headquartered in Luxembourg. The action may be symbolic but it is nonetheless misguided.

When Benito Mussolini declared war on Britain on June 10, 1940, there were riots across the UK. Italian shops were looted, Italian businesses had their windows smashed.

Similar scenes have played out recently across the US, with Russian restaurants having their premises vandalised. Both then and now, however, there is confusion over which businesses genuinely belong to “the enemy”. And no consideration is given to the suffering caused to innocent civilians caught in the crossfire between their native country and their country of domicile.

A lack of geographic knowledge and understanding among the general public has always caused issues in times of war. Ukrainians and Latvians are currently being targeted because people mistakenly think they’re Russian.

This is merely people’s continued manifestation of xenophobic bullying based on a desire to “do” something but with little understanding of how best to direct their anger. During the second world war, Asian Americans wore badges stating they were not Japanese, in order to stave off attacks on themselves or their property. Similarly, in the UK, the US and elsewhere, businesses whose names include the word “Russian” are having to change to names less likely to attract attention from xenophobes.

More concerning are the calls for deporting ordinary Russian citizens from western countries, even if they are opposed to Putin and his regime. In scenes that directly echo the treatment of so-called “enemy aliens” during the second world war, shortly after Russia invaded Ukraine, Californian congressman Eric Salwell suggested “kicking every Russian student out of the United States” as a means of retaliating against Putin.

In the UK, the MP for North Thanet in Kent, Roger Gale, went even further. He called for all Russians to be “sent home”, even though he acknowledged that many “good and honest” people would be caught as “collateral damage”. During the second world war, much harm was inflicted on innocent bystanders because of policies like these.

Most Italians who suffered during the rioting had lived in the UK for decades and held strong loyalties to Britain. This did not stop male Italians who had lived in the UK for less than 20 years from being interned behind barbed wire in camps on the Isle of Man, deported to camps in Canada or Australia, or, tragically for some, perishing on the torpedoed Arandora Star.

Denied this opportunity, all those with Japanese ancestry – including their Japanese American children, who were American citizens by right of their birth – were forcibly removed from their homes and places of work and incarcerated behind barbed wire. Research has shown the lasting trauma this has caused and how this was done in a manner tantamount to ethnic cleansing.

Calling for all Russian citizens to suffer for the actions of Vladimir Putin does nothing to place meaningful pressure on the Russian government. Death threats, damage to property, physical attacks and cyber stalking do nothing to help Ukrainians. This is simply bullying.

A clear distinction must be drawn between Russian government officials and those Russians who have earned their wealth via corruption and support of Putin, who need to be sanctioned, and ordinary Russian citizens living abroad. The latter find themselves in a dangerous situation, regardless of how staunchly they oppose their government’s invasion of Ukraine.

Many Russian citizens and Russian speakers –- which includes many Ukrainians – are suffering xenophobic abuse. If history is to be repeated, they are at risk of incarceration, and even deportation. What Ukraine needs is political, military and humanitarian assistance, not hatred directed at innocent Russian citizens living in the west.