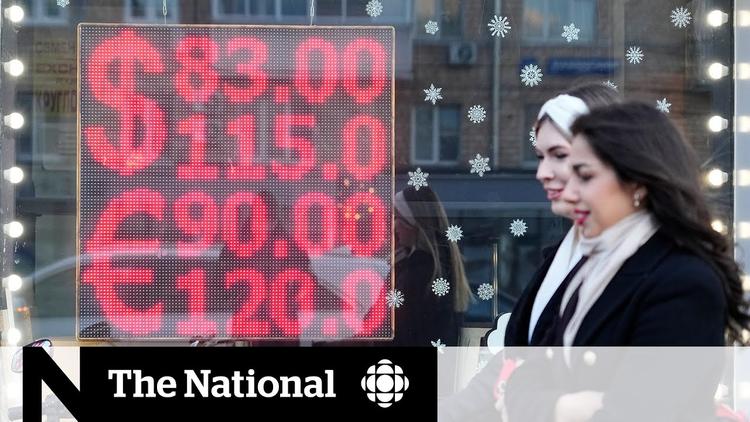 Ann Arbor (Informed Comment) – The sorts of sanctions and boycotts the United States and its allies are placing on Russia resemble those applied by Washington to Iran off and on in the past decade, though so far the measures in place against Tehran are still far more severe than what has been done to Moscow. Yet the Iranian government of “August Leader” Ali Khamenei has survived and Iran has limped along. What does Iran’s survival tell us about how Putin is likely to attempt to get around the U.S. Treasury Department?

Ironically, Russia already seems to see Iran as one lifeline it could use to hedge against sanctions. Moscow is threatening to derail the Vienna negotiations seeking to bring the US back into the 2015 Iran nuclear deal unless it is guaranteed the same right to profit from a reemerging Iranian economy as everyone else.

So here are the paths Iran has taken around US boycotts and sanctions:

1. Faced with US third-party sanctions on anyone who bought Iranian petroleum without a Treasury Department waiver, Iran sold its petroleum to small private refineries in the south of China. These firms do no business with the United States or Europe and have no assets overseas that could be seized. They are private businesses and so their trade with Iran does not imperil large state companies like Sinopec. The trade goes on in soft currencies or Chinese yuan rather than in dollars, denying the Treasury Department any jurisdiction over it. Iran has also sold a lot of petrochemicals for e.g. fertilizer to various countries under the radar.

If Russia has trouble offloading its petroleum in Western markets because of US pressure, it will offer it at a discount to China with the same sorts of arrangements that make it difficult to punish China for the trade.

2. Iran ships the oil on disguised tankers flying third party flags that turn their Automatic Identification System, or AIS, off so that they cannot be traced as they go to Shanghai from Bushehr.

3. Because trading in dollars could attract US sanctions, Iran resorted to other currencies. Tehran sold petroleum to India and accepted rupees for it. Rupees are a soft currency, meaning that no one but Indians really wants them. So Iran cannot buy goods from other countries with the rupees it accumulated. It has to buy Indian goods. Iran thus imported more from India. Likewise, Iran agreed to accept soft currencies from China in return for its oil. China has accumulated a lot of such bills from Africa and Asia and can unload them on Iran because the latter country is desperate. Again, if Iran gets Kenyan shillings, it has to import goods from Kenya with them. Still, Iran may be able to get some needed commodities from Kenya this way. Having to deal in soft currencies reduces the profits on Iran’s oil by perhaps 25%, but that is better than losing 100%.

Especially if Russia is kicked off the SWIFT bank exchange, Moscow would likewise probably have to start dealing in soft currencies for its oil trade, and would likewise suffer significant losses that way. It would, however, still sell enough oil and gas at a discount to stay in business as a country. More important to Putin is that the oil income would flow to him and his cronies, keeping them in power.

4. Iran dealt with other countries under US sanctions such as Venezuela. Washington has sanctioned Venezuela so heavily that there isn’t much else it can do to Caracas, so Venezuela has imported from Iran natural gas concentrates used as diluents, which are needed to refine petroleum into gasoline. Markets such as Venezuela, which is rich in petroleum but poor in methane gas, would also be open to Putin’s Liquefied Natural Gas exports.

5. Iran laundered money on a vast scale through banks in neighboring countries such as Dubai in the United Arab Emirates or Turkey. Russia will also seek out shady bank executives, including in Dubai, who will launder funds for it.

6. Iran protested the strangulation of its economy by targeting neighbors that helped the US enforce the US boycott. Thus, Iran or its allies were somehow responsible for a series of tanker fires in the Gulf that targeted UAE and Saudi ships, and even an Israeli one. Likewise, it or its allies were behind a devastating attack on Saudi Arabia’s Abqaiq oil refinery complex in September, 2019. Iran carried out or instigated this sabotage cleverly, with plausible deniability. This endangerment of their oil proceeds likely made Abu Dhabi and Riyadh more open to negotiating with Iran and caused their lobbyists in Washington to soften their hard line in favor of sanctioning Iran to the hilt.

The analogy should be clear. Russia’s pro-American neighbors such as Poland could see Russian terrorism in response to smothering sanctions, but it would be carried out wearing gloves and leaving no fingerprints.

7. Iran continued to offer neighbors the help of its Iranian Revolutionary Guards Corps special operations forces, cultivating soft power this way in Iraq, Syria, Lebanon and to a lesser extent Yemen. The US could not sanction Iran into geopolitical irrelevancy.

Russia has already deployed Wagner Group mercenaries somewhat in the way that Iran uses the IRGC Jerusalem Brigade, and loaned its Aerospace Forces to Syrian dictator Bashar al-Assad to put down the Syrian revolutionaries. We could see Russia making some money in this way, or at least remaining a power to be reckoned with.