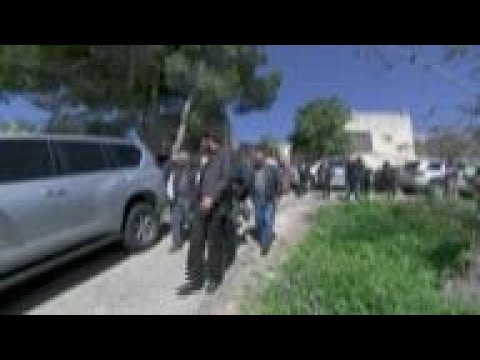 “We can’t do stupid things that impede us from a two-state solution,” Nides reportedly told Americans for Peace, referencing the E1 project in Ma’aleh Adumim, which has been targeted for settlement expansion by Israel and which would cut off Palestinian access to Jerusalem.

However, Nides maintained the Trump administration’s stance over Jerusalem, effectively exposing how little has changed since Joe Biden became US President. “Jerusalem is the capital of Israel,” Nides added, while reminding that the status of Jerusalem would be finalised in negotiations. Hypothetical negotiations, Nides might have added, because the issue of final status agreements puts Palestinians in a position where negotiations are unattainable, given that only Israel stands to benefit from the two-state compromise.

Calling Israel’s settlement expansion “stupid things” downplays the importance of settlements in terms of settler-colonialism and its ramifications for the Palestinian people. Israel has a strategy in which the international community is complicit – to speak out against settlement expansion using Nides’s vocabulary only makes the case to argue that Biden’s alleged anti-settlement stance is nothing but hype. In the same way, the UN’s non-binding resolutions against settlement expansion hold no weight when juxtaposed against Israel’s land grab. In particular, UN Security Council Resolution 2334 (2016), which was hailed as a breakthrough on account of the US veto and which the international community ignored, as it did all previous resolutions.

Earlier this month, the Palestinian Authority’s Foreign Affairs Minister, Riyad Al-Maliki, stated that the PA was discussing Israel’s settlement expansion with the Biden administration and other world leaders, while reminding the international community of non-binding UNSC Resolution 2334. But the international community is not concerned with Israel’s illegal colonial expansion, in the same way it was never concerned with how Israel was established in the first place, upon the ethnically cleansed Palestinian towns and villages.

Nides is simply unconvincing in his rhetoric. Israel will not be swayed by an administration that is still taking its cues from the Trump era. Even if Biden were to take a staunch political anti-settlement stance, the most Israel would do is to slow down the colonisation process. There is no hurry, after all, not when the international community can be depended upon to fail Palestinians continuously.

Settlements are a war crime. That is what Nides should have unequivocally asserted, instead of attempting to trivialise the theft of Palestinian land. Calling settlements “stupid things” only illustrates US contempt for the Palestinian people’s ongoing Nakba experience, while politically undermining the limited avenues available for Palestinians to seek recourse, considering that the UN has given ample evidence of having failed Palestinians. Furthermore, the Biden administration’s two-state adherence should also be brought into question – not only on account of the paradigm itself being a pathway to complete colonisation by Israel, but also due to Trump’s policies still holding sway over the current presidency.