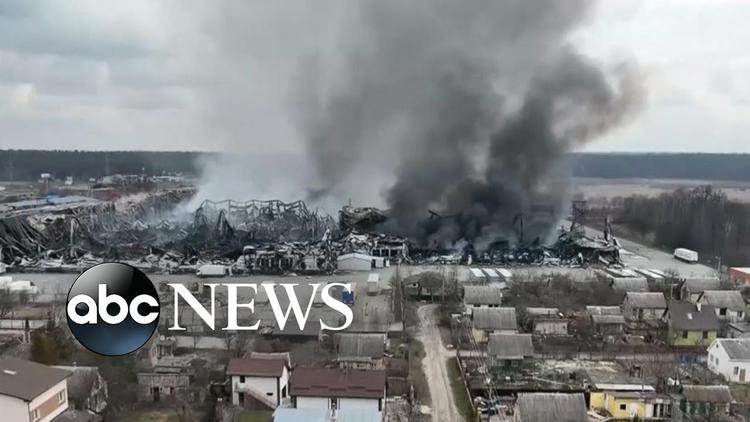 Ann Arbor (Informed Comment) – On Thursday, according to Alarabiya (quoting Tass) Russian President Vladimir Putin said that he would permit foreign fighters from the Middle East to aid the Russian war effort in Ukraine. At the same time, Russian Defense Minister Sergei Shoigu announced that some 16,000 fighters in the Middle East had expressed interest in going to Ukraine to engage in combat alongside Russian forces against the Ukrainian Army.

The opposition Syrian newspaper Enab Biladi reports that Russian recruitment offices have opened throughout Syria to attract mercenaries from among the battle-hardened but destitute former Syrian troops and pro-Damascus paramilitaries.

The Biden administration sees these plans as a sign of Russian weakness, according to Julian Borger at The Guardian.

The idea of bringing thousands of fighters from the Middle East to Europe is pretty scary, not in itself but for what it may portend about the future. Anyone who knows the history of extremist movements in the Middle East knows that they don’t spring from any “Islamic essence.” They rather come out of Western military intervention, in the absence of which these Muslims would have lived unexceptional lives. The more radical wing of the Muslim Brotherhood was a reaction against the defeat of secular Arab nationalism by Israel and America in the Six Day War of 1967 and the Israeli occupation of Gaza and the West Bank.

The United States sponsored the Mujahidin or jihadis in Afghanistan to fight against the Soviet occupation of that country. International volunteers came to help, probably encouraged by the US behind the scenes. The Mujahidin of the 1980s in Afghanistan comprised 7 major guerrilla groups, four tribal and relatively secular and three hard line Muslim fundamentalist. The al-Qaeda of the Arab volunteers who fought alongside the Mujahidin ratcheted to the far right of that fundamentalism. ISIL grew up in reaction against the US occupation of Iraq. In the absence of wars of conquest, occupation, and humiliation by Europeans or Americans, many Muslim societies have seen strong secular movements and relatively peaceful domestic scenes.

Shoigu said that it would only be right to accept these volunteers. These would-be mercenaries are thought to be mainly former Syrian Arab Army soldiers or those paramilitary forces who made war against rebels in Syria in support of the government of the dictator, Bashar al-Assad. They thereby gained extensive experience fighting alongside Russian troops and with the Russian Aerospace Forces.

Shoigu said that they were interested in going to the front in the breakaway ethnic Russian Luhansk and Donetsk People’s Republics. He noted that they had experience fighting ISIL, the terrorist organization that ruled eastern Syria and northern Iraq 2014-2017.

These Middle Eastern military men are of interest to Russian President Vladimir Putin because during Syria’s 11-year Civil War, these fighters gained enormous experience in counter-insurgency and urban warfare, the skills Russia needs to succeed in Ukraine.

However, the Russians and their allies did not in fact fight very much or very often against ISIL. They were mainly engaged against Sunni Arab rebels in the west of Syria. It was the US and Kurdish allies who destroyed ISIL in Syria. Shoigu was engaged in propaganda, prettying up Russia’s brutal campaign in Syria on the one hand and comparing the Ukrainian government to ISIL on the other.

The Russians justify the idea of bringing in mercenaries from Syria on the grounds that the Ukrainian government itself boasts of having attracted 20,000 volunteers. Though, I would argue that the latter are Western democrats.

The Russians appear to hope to recruit mainly pro- al-Assad Syrian fighters of a more secular bent. But fundamentalist Shiites have been important allies for Russia in Syria, as well. Moreover, in the killing fields of Donbass, who knows what pressures for radicalization might emerge?

Turkey paved the way for this move in some ways by sending fundamentalist Syrian mercenaries to fight in Libya.

It should be remembered that many of the fighters recruited by the CIA in Afghanistan to wage war on the Soviets ended up turning on the United States and adopting a radical Muslim ideology. Russia should not be so confident that a mere $250 a month mercenary’s salary will keep these mercenaries on its side in the medium to long term.

Militaries have clear lines of command and operate in a national framework that allows for the demobilization of troops after their tours through pensions and benefits. Paramilitaries are anarchic and out of control, and they often turn to crime or terrorism when their salaries end.

Putin has unleashed a fascist militarism and expansionism on the world, and now he may well be sowing the dragon’s teeth of potential terrorism that could go on to roil the Middle East and Europe.