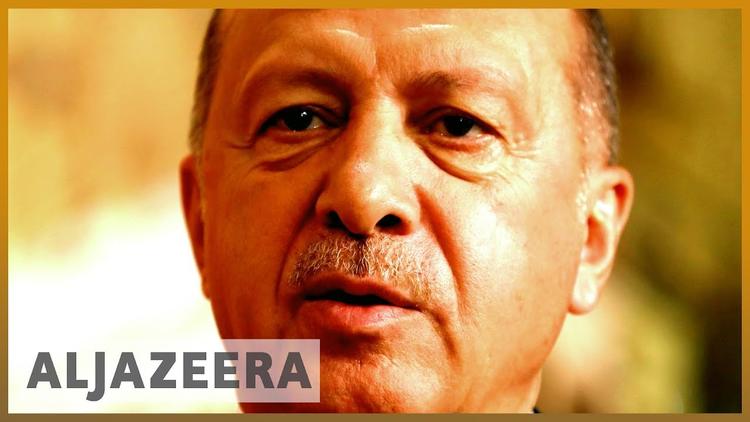 ( Middle East Monitor ) – Turkish politicians waited for several days before describing the events in Ukraine as a “state of war”, after first referring to it as the Russian invasion. Russia itself, meanwhile, refers to it as a “military operation”, in order to avoid the consequences, especially those related to the Montreux Convention, the terms of which allow Turkey to close the Dardanelles and Bosporus Straits to naval vessels in times of war or in the event that Turkey is endangered.

Ukraine asked Turkey to close the straits to Russian warships, but Ankara only emphasised the “effective role of the Montreux Convention in maintaining regional peace” and found a way out of its embarrassment by not describing what was going on as a war. However, after changing its description from a “military operation” to an “unacceptable attack” and then to a “state of war” between two of the Black Sea countries, in which the sea is one of the fighting fronts, as well as the indirect involvement of NATO, Turkish Foreign Minister Mevlut Cavusoglu was moved to say that his country will implement the convention in a transparent manner. “We have warned both Black Sea and non-Black Sea countries not to send warships through the Bosporus and Dardanelles Straits,” he explained.

Turkey did not need advice from human rights advocates and military experts in order to describe what is happening between Russia and Ukraine as a war so as to justify the implementation of the convention. This step reflects a limited symbolic change in the Turkish political discourse, although it does not depart from the context of Turkish politicians not taking steps that are beyond what are needed and which would anger Russia and disturb relations between Ankara and Moscow.

In fact, Turkey is in an unenviable position given the nature of its relations with both Russia and Ukraine. Hence, its politicians tried to take a moderate position on the war, by not favouring either party. This was difficult because the Russian invasion is a confrontation between Russia on the one hand, and both Ukraine and the US — plus NATO — on the other. It was a test for Turkey’s foreign policy and international relations, as a member of NATO and having military and economic relations with Ukraine, while also having multi-faceted relations with Russia, especially on regional issues. Turkey’s position thus requires complex considerations and calculations.

Since the beginning of the crisis last month, Turkey has made many diplomatic efforts to avoid open war. President Recep Tayyip Erdogan considered the Organisation for Security and Cooperation in Europe to be the appropriate framework for resolving the crisis, not NATO, and then offered to mediate between the two parties. This was not heard by the Russians for many reasons, not least that Russia does not consider Turkey to be a neutral mediator in the crisis. The most important reason, though, is Turkey’s support for the unity of Ukrainian territory, and its refusal to recognise Russia’s annexation of Crimea, as well as Ankara’s support for some activities of the Crimean Tatars. Turkish politicians, therefore, continue to sit on the fence as best they can by taking moderate positions. Hence, while Turkey stressed the unity of Ukraine’s territory and its security, and warned Russia not to invade, it has also criticised NATO’s efforts to accept Ukraine as a member. Moreover, Ankara does not believe that NATO member states, the US in particular, have taken Russia’s security concerns into account.

Even after the Russian invasion, Turkey’s moderate stance did not change much. The Turkish leadership regarded it as unacceptable and a violation of international law, while affirming its continued support for Ukraine’s unity and sovereignty. It also criticised NATO for not taking firmer steps as the crisis developed prior to the invasion. However, Turkey did not go so far as to impose sanctions against Russia as other NATO countries have done, which should help to maintain its relationship with Moscow.

Ukraine is one of Turkey’s major trading partners, with trade between the two countries exceeding $7.42 billion a year. More than two million Ukrainian tourists visited Turkey last year, and the two countries are working on joint projects to develop aircraft engines, cooperate in the manufacture of high-precision weapons, and exchange information to boost their respective defence capabilities. Turkey has sold drones to Ukraine, which have been used against Russian forces.

Such developments notwithstanding, Turkish-Russian relations have witnessed a steady growth in the past few years, which has been reflected in new levels of cooperation and coordination in the economic sector, especially related to energy through the signing of an agreement under which Russia will build a nuclear reactor in Turkey. Politically, Ankara and Moscow have understandings and a consensus on many regional issues, despite the competition between them, including Syria, Libya and Nagorno-Karabakh. Controversially, of course, Turkey bought the Russian S-400 missile defence system in 2019, much to NATO’s annoyance.

Overall, Turkey’s position on the Russian invasion of Ukraine is recognisable as a policy of the ruling Justice and Development Party (AK Party), which has been successful with flexible alliances, embodied by Turkey’s tendency towards an independent foreign policy, and balancing its orientation between East and West. It has reduced its functional role affiliated with the West, through understandings and consensus, instead of reliance on a dominant ally. This allows it to benefit from its NATO allies as well as its partnerships with Russia and China, without having to give up any of them.

That is why Erdogan announced that he would not give up Russia or Ukraine, because siding with one at the expense of the other would cost Turkey dearly. Nevertheless, this position may have many consequences, especially since the Russian invasion of Ukraine has changed many global and European equations, calculations and alignments, which may have catastrophic effects and repercussions for Turkey on a number of levels.