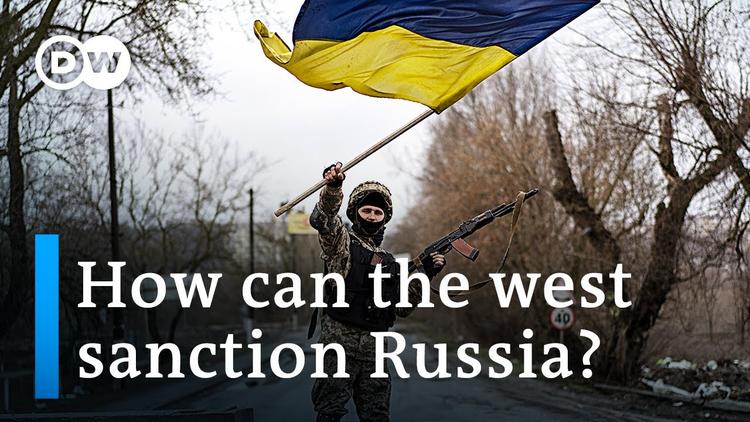 Zelensky is perhaps making an analogy to blood diamonds, an issue Aryn Baker explained at Time. Some diamonds come out of conflict zones in Africa where gangs used forced labor to mine them and sell them to finance mass murder. Ethical people are now trying to avoid buying blood diamonds. They will find that avoiding blood oil, though, is impossible.

President Zelensky is right that buying gasoline and other petroleum products is paying blood money. This maxim is especially true of Russia at the moment, given what it is doing to children, women and noncombatant men in Bucha, Mariupul and other Ukrainian cities. Russian oil is likewise “blood oil.”

But I would add that purchasing gasoline or diesel, etc., is always blood money no matter from whom you get it. The petroleum industry is wrecking the planet with carbon dioxide emissions, which have the potential of killing millions of people and making hundreds of millions homeless. That is not even to mention all the people who sicken or even die from air pollution, all the people harmed by dangerous oil and chemical leaks, all the people displaced and harmed by drilling operations. That is blood money on a vast scale.

Even regarding Russia, you are paying Moscow blood money even when you don’t buy directly from Lukoil, since oil is a single global market. Any purchase anywhere from anyone of this commodity supports the price, and helps all the producers.

Not everyone can afford a hybrid or an electric car, though tens of millions who can afford one don’t buy one. Not everyone can take public transport, but millions who could, don’t. Not everyone can bike to work, but many more could than do. And it would be good for their health and help them live longer if they did. And we can all make sure to vote only for those politicians who will use the levers of government to make the big infrastructural changes that will end the evil of petroleum.

Why is Zelensky especially angry at Berlin and Budapest? Inside the European Union, Germany and Hungary have so far blocked a ban on Russian oil purchases by countries in the union.

Germany has backed some boycotts of Russia. It has joined in a boycott of Russian coal, for instance, and has paused the Nordstream 2 gas pipeline from Russia through the Baltic Sea. The latter may be a dead letter.

But Germany imports 25% of its petroleum and 40% of its methane gas from Russia, and Chancellor Olaf Scholz maintains that boycotting those commodities is a more complex proposition. His stance has infuriated his coalition partners in the Green Party.

Paul Carrel at Reuters reports that German Greens are more eager to send military aid to Ukraine than is Scholz and his Social Democratic Party, which, being on the left, has long sought correct relations with Moscow in the teeth of US opposition. The SPD, however, seems not to have noticed that Russia’s government is now barracuda capitalist and authoritarian, so I’m not sure what that has to do with socialism.

But German Greens are also more eager to get off fossil fuels than Scholz.

The Ukraine crisis is thus straining the ruling coalition in Berlin.

Of course if Germany boycotted Russian oil, it would have to buy from other producers. Since keeping Russian oil in the ground via a boycott would reduce global supply, it would cause higher prices. So Germany would have to pay a premium to new exporters, which might not be popular with voters. Hence, Scholz’s reluctance. A massive government program to accelerate the move to wind and solar energy, batteries, and electric cars is the obvious way forward, but the Greens see this more clearly than does Scholz.

Zelensky told the BBC,”Some of our friends and partners understand that it is a different time now, that it is no longer an issue of business and money. That it is an issue of survival.”