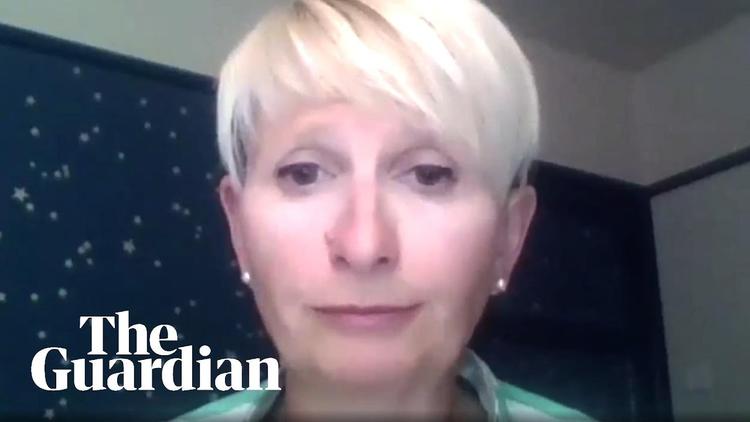 Ann Arbor (Informed Comment) – In a letter of resignation to the Shell executive committee that she posted to her Linkedin page, Caroline Dennett, the director of the Clout consultancy, explained that she was leaving because Shell is “operating beyond the design limits of our planetary systems” and “is not implementing steps to mitigate the known risks.” Further, the company is “not putting environmental safety before production.”

(Ms. Dennett is right to be alarmed. It has been found by researchers that just 100 corporations are responsible for 71% of global emissions of heat-trapping gases like carbon dioxide and methane.

Shell is one of those 100 corporations.)

Dennett also posted an impassioned video to her Linkedin site:

She said into the camera,

“My name is Caroline Dennett and this is my resignation. I’ve worked with Shell for over ten years now, empowering tens of thousands of workers to improve safety culture . . . trying to keep people safe, to prevent oil and gas leaks and major incidents like the Deep Water Horizon disaster in the Gulf of Mexico.

But today I’m quitting because of Shell’s double-talk on climate. Shell’s stated safety ambition is to do no harm. It is called Goal Zero and it sounds honorable but they are completely failing on it. They know that continued oil and gas extraction causes extreme harms to our climate, to our environment and to people.

And whatever they say, Shell is simply not winding down on fossil fuels. They’re expanding, with new exploration and extraction projects against the clear warnings from scientists and dismissing the huge risks from climate change. And I just can’t be a part of this any more . . .

The fossil fuel industry is the past and if you can find a way out, please walk away while there is still time. Do it now.”

Alex Lawson at the Guardian reports that Dennett was swayed by the TruthTeller whistleblowing initiative of the environmental group Extinction Rebellion. ER is calling on employees of Big Oil to resign and to go public with the harms these companies are doing. In one recent action, some ER activists glued themselves to the walls of Shell’s corporate headquarters in London while others held up placards with the first names of employees, calling on them to resign or to anonymously provide information about the dastardly activities of their company. This campaign appears to have prompted Ms. Dennett’s own resignation. 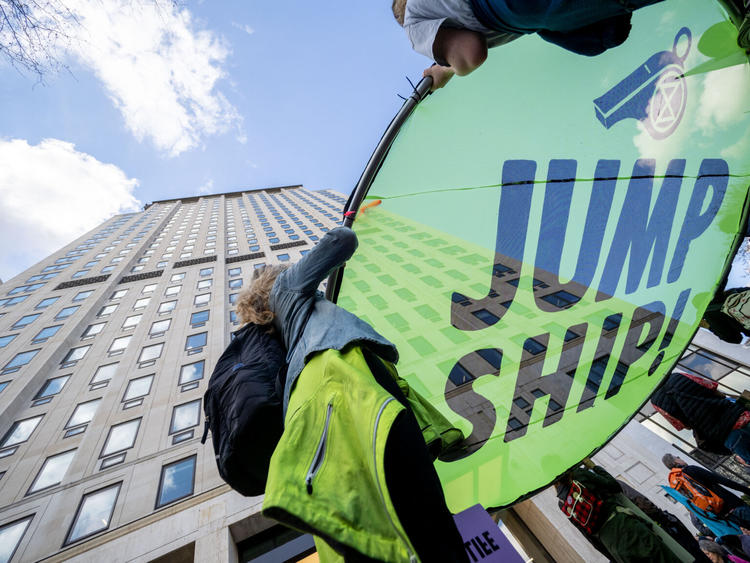 In her letter of resignation to Shell, Dennett pointed out that the United Nations and the International Energy Agency have warned that “there is no safe level of oil and gas extraction” and therefore “any new projects commit us to global overheating and an unlivable world.”

I like her phrase “global overheating” and I’m going to steal it. Much better than the mild-sounding “global warming.” It signals that something is going very wrong.

She expressed alarm in her letter at Shell’s plans for new oil and gas exploration and drilling, of which she said that company insiders are well aware. She asked Shell’s executives to look in a mirror and ask themselves if their commitment to more oil and gas “secures a safe future for humanity.”

She concluded, “We must end all new extraction projects immediately and rapidly transition away from fossil fuels, and towards clean renewable energy sources. Shell should be using all its capital, technical and human power to lead this transition, but they have no plan to do this.”

Dennett admitted that the step could well hurt her business.