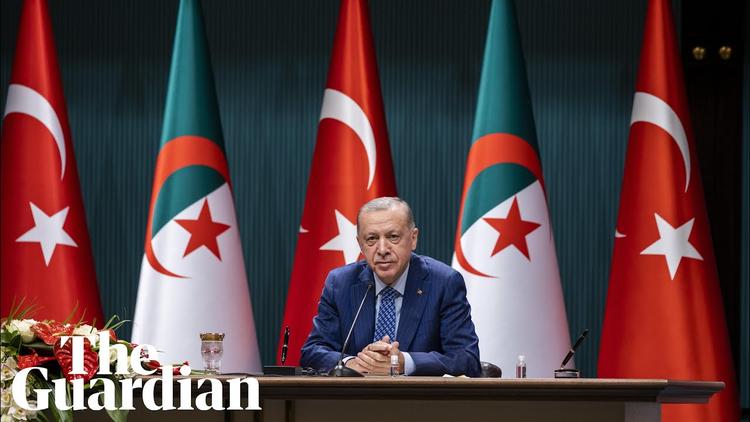 By Ronald Suny, University of Michigan | –

After decades of neutrality, the two Scandinavian states that have to date remained out of the North Atlantic Treaty Organization have reacted to Russia’s invasion of Ukraine by declaring an intention to join the American-led alliance. But there is a major obstacle in their way: Turkey.

The increasingly autocratic and anti-democratic president of Turkey, Recep Tayyip Erdogan, has said he will not agree to the entry of these two countries. And as a member of NATO, Turkey’s approval is needed for Finland and Sweden to join.

Erdogan is alone among NATO leaders in publicly stating that he is against the two Scandinavian countries’ joining the alliance.

The Turkish president’s opposition is based on his view that Finland and Sweden support “terrorists.” What Erdogan means is that both countries have given protection and residence to members of the Kurdistan Workers’ Party, or PKK – the major armed group mounting resistance to Turkey’s harsh treatment of its millions of Kurdish citizens. The plight of the country’s Kurds, part of a large but stateless ethnic group in the region, has long been a bone of contention between Turkey and parts of the international community.

Despite the PKK’s being listed by the U.S. and EU as a terrorist group, Finland and Sweden have been reluctant to extradite members of the group to Turkey over human rights concerns. Erdogan has responded by calling Sweden a “hatchery” for terrorism and claiming neither country has “a clear, open attitude” toward terrorist organizations, adding: “How can we trust them?”

Erdoğan’s ire with Finland and Sweden has also been exacerbated by the country hosting followers of Turkish scholar and cleric Fethullah Gulen. These followers are part of an educational and political movement with which Erdogan had been allied, but with which he broke as it grew more powerful. The Turkish president accuses the Gulenists of staging a failed coup against his government in 2016.

All international politics is local

As if that were not enough, the neutral Scandinavians condemned Turkey’s 2019 incursion into Syria. In that operation, the Turks targeted Rojava – a socialist, feminist autonomous Kurdish enclave near the Turkish border. Complicating the matter, the Syrians of Rojava were – despite their links to the PKK – allies of the American forces. The Kurds of Rojava played a crucial role beating back the Islamic State group in Syria but were later abandoned by the Trump administration, which pulled U.S. troops back from the Turkish border, allowing its NATO ally to launch a military operation against the Kurds.

Foreign policy is almost always intimately tied to domestic concerns. In the case of Turkey’s government, a major fear is the threat to its grip on power posed by the Kurds – and international pressure over Turkey’s record of repressing the group.

Turkey’s Kurdish populations are not allowed free elections in the eastern Anatolian region, where they are the majority. Meanwhile, education and cultural institutions in the Kurdish language face a de facto ban.

The path ahead for NATO

Finland and Sweden are neutral countries not beholden to the strategic compromises that the United States and NATO are forced to make to hold the alliance together. Both Scandinavian countries have to date been free to take a moral position on Turkey’s position on Kurdish rights and have officially protested the repressions of dissidents, academics, journalists and minority groups.

Meanwhile, NATO countries have equivocated before their fellow member, agreeing to label the PKK a terrorist organization.

So where does this all leave Finland and Sweden’s application for NATO membership?

The rules for entry into the strategic alliance require unanimity of the current NATO members.

As such, Turkey can effectively veto the entry of Finland and Sweden.

The standoff highlights an underlying problem the alliance is facing. NATO is supposed to be an alliance of democratic countries. Yet several of its members – notably Turkey and Hungary – have moved steadily away from liberal democracy toward ethnonational populist authoritarianism.

Finland and Sweden, on the other hand, fulfill the parameters of NATO membership more clearly than several of the alliance’s current members. As the United States proclaims that the war in Ukraine is a struggle between democracy and autocracy, Turkey’s opposition to the Scandinavians who have protested its drift to illiberalism are testing the unity and the ideological coherence of NATO.