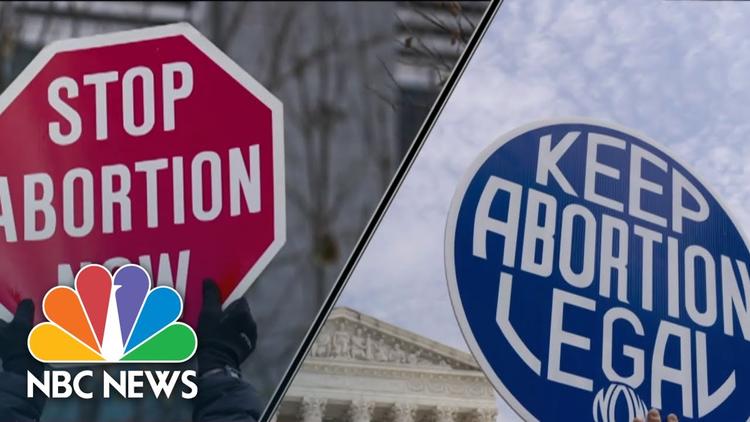 Draft opinions circulated among Supreme Court justices are meant to allow for deliberation and editing before a final version is released. They are not the last word, nor ready for public reaction.

But on the evening of May 2, 2022, Politico published a bombshell: a leaked draft of an opinion, written by Justice Samuel Alito, that overturns Roe v. Wade and Planned Parenthood v. Casey – the two rulings that gave constitutional protection to the abortion right.

While the final text of the opinion in the case of Dobbs v. Jackson may be somewhat different, the meaning of the current draft is clear. First, the powers of individual states to determine whether abortions are legally available are increasing. Second, the Supreme Court’s barriers for overruling a precedent are decreasing.

Under American constitutional democracy, many decisions are made by majority rule, accomplished through elections. This applies to routine regulations like drug laws or speed limits.

But other decisions are beyond the reach of majorities and protected by individual rights guaranteed under the Constitution. Under Roe v. Wade, the abortion decision fell into the category of rights.

But the leaked draft opinion moves abortion from being a constitutionally guaranteed right to an act whose legality is determined by state laws.

That means it falls under majority rule, determined by the citizens of each state through their elected state legislators. Alito is saying that when the Constitution does not recognize a clear right, the people must elect representatives that share their view rather than appeal to courts.

The Alito draft repeats its core holding several times: The right recognized in Roe v. Wade “has no basis in the Constitution’s text or in our Nation’s history.”

The court that decided Roe, Alito writes, “usurped the power to address a question of profound moral and social importance that the Constitution unequivocally leaves to the people.” Therefore, “it is time to heed the Constitution and return the issue of abortion to the people’s elected representatives.”

Is there a constitutional right?

Roe in 1973 and Casey in 1992 determined the right to an abortion was found in a combination of protections recognized by the Constitution.

These include the Fourth Amendment’s protections against state intrusion, and the Ninth Amendment’s recognition of non-enumerated rights, or “others retained by the people.” The most prominent justification in those rulings is the Fourteenth Amendment’s protection against deprivation of “life, liberty, or property, without due process of law.” Roe grounded the abortion right in a broader right of privacy, while Casey added an emphasis on reproductive autonomy and bodily integrity.

In Alito’s view, Roe “was remarkably loose in its treatment of the constitutional text. It held that the abortion right, which is not mentioned in the Constitution, is part of a right to privacy, which is also not mentioned.” His draft concludes that Roe’s “message seemed to be that the abortion right could be found somewhere in the Constitution and that specifying its exact location was not of paramount importance.”

The standard the Supreme Court has employed to recognize a right not specifically stated in the Constitution’s text has been whether it is “deeply rooted in this Nation’s history and tradition.” Alito’s draft demands historical evidence of political assertions, judicial rulings or public laws that demonstrate the existence of the right.

But Alito’s review of the history argues that the opposite is the case: There is no evidence of an established right and there are, instead, many examples of public restrictions. A 30-page appendix lists all of the state laws outlawing or regulating abortion passed between 1825 and 1952. He concludes that “until the latter part of the 20th century, there was no support in American law for a constitutional right to obtain an abortion. Zero. None.”

An important part of the draft ruling focuses on the question of who has the power to determine prevailing social facts as well as protected legal principles.

At what point a fetus becomes a person – and as such a holder of rights – is a long-standing dispute at the heart of the abortion debate. This is a crucial aspect of the conflict because a woman’s rights to autonomy and liberty may be limited if other rights held by other persons are involved. But it has not been clear who has the power to make that determination.

Roe – 50 years ago – and Casey – 30 years ago – said that the court should set a national standard for recognizing fetal personhood. Casey established viability at around 24 weeks, or the point at which fetal life is deemed to be self-sustaining outside the womb, as the point at which a state could recognize fetal rights and therefore restrict abortion.

But Alito argues that this specific standard “makes no sense” and that the previous rulings “provided no principled defense of the viability line.”

So Alito puts the decision about when a fetus becomes a person clearly in the hands of the elected representatives of each state: “In some states, voters may believe that the abortion right should be even more extensive than the right that Roe and Casey recognized. Voters in other states may wish to impose tight restrictions based on their belief that abortion destroys an ‘unborn human being.’”

A weakened standard for overruling precedent

The Supreme Court is reluctant to discard its previous rulings, following precedent unless there is a substantial reason to repudiate the old reasoning.

For 30 years, the Casey ruling upholding Roe has been considered the “precedent on precedent.” It established four considerations for the legitimate discarding of a previous decision: The ruling misunderstood the Constitution; it proved to be unworkable in practice; new facts had emerged; and whether or not citizens had shaped their life decisions grounded in the ruling, what is known as “reliance interests.”

In overturning Roe, the draft opinion offers a new and weaker standard for overturning precedent. The most significant change is what Alito calls “the quality of reasoning.” Rulings that “looked like legislation,” that offered faulty history, or created standards unjustified by the Constitution can be overruled under Alito’s reasoning. This new standard leads to the draft’s conclusion that precedent “does not compel unending adherence to Roe’s abuse of judicial authority.”

Alito’s draft reverses Roe by weakening the law of precedent. This is likely to open up many other rulings for potential reversal, including on same-sex marriage and affirmative action.

A future of state-level conflict

We know that state legislatures will gain power if the final ruling resembles the leaked draft. What we don’t know is what each of them will do.

This will no doubt increase the regional polarization and geographical sorting of Americans by culture and ideology. It will also likely create long-term conflict in states that are divided by ideology and partisanship – including large states like Florida, Pennsylvania and Ohio. It sets up conditions for this one issue to dominate state elections and partisan battles for years to come.

Some states will likely attempt to restrict their own citizens from traveling, and abortion rights states will attempt to aid other citizens to travel to their territory.

How the Supreme Court will react to such laws is unclear. But what is clear is that the Alito draft will return power over abortion and potentially other issues to the state level, raising the stakes and the bitterness of local democracy throughout the United States.