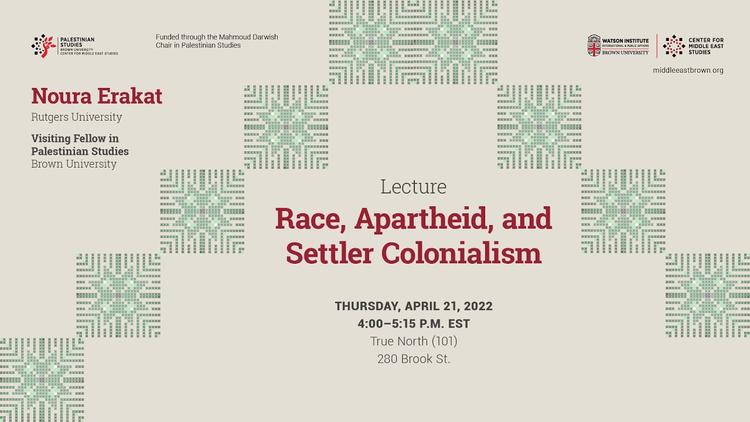 Ann Arbor (Informed Comment) – The Deputy Spokesperson for the State Department, Jalina Porter, on Friday condemned the Israeli government’s announcement that it would build 4,000 further housing units in the Palestinian West Bank, i.e., it would steal land owned by Palestinian families and bring in squatters from Israel to squat on that land.

The Israeli newspaper Arab 48 reports that the Israeli civil administration of the occupied Palestinian West Bank will decide on 3988 new housing units for Israeli squatters on Palestinian land next Thursday. This additional building of housing infrastructure on Palestinian land will ultimately further displace and impoverish Palestinans, the rightful inhabitants of the land.

Israel can behave this way, in brazen violation of the international law governing how Occupying powers treat the people they occupy during wartime, only because the United States runs interference for the Israeli government in international bodies. Otherwise, the world would put sanctions on Israel for invading and occupying and trying to annex Palestinian land, just as sanctions are being placed on Russia for its invasion, occupation and attempted annexation of much of Ukraine.

It isn’t even that the US needs Israel for its confrontation with Moscow. Israel is refusing to take sides, and is not playing the role of ally, any more than Saudi Arabia or the United Arab Emirates or Egypt is.

Ms. Porter began by condemning “the terrorist attack in Elad, Israel, which killed at least three and wounded many others. This was a horrific attack targeting innocent men and women and was particularly heinous coming as Israel celebrated its Independence Day.”

Of course she is right. Violence against civilians is always wrong.

But note that she did not have anything to say about the 47 Palestinians who have been killed this year by Israeli security forces or by squatter-settlers, a five-fold increase over the same period in 2021. Nor did she condemn forthrightly repeated Israeli violations of the international Status Quo agreements on the status of holy sites in Jerusalem, including numerous frontal attacks on nonviolent worshipers at al-Aqsa Mosque.

She then went on to say,

“Separately, we understand that Israel announced a meeting to advance new West Bank settlements for – West Bank settlement units for May 12. The Biden administration has been clear from the outset. We strongly oppose the expansion of settlements which exacerbates tensions and undermines trust between the parties. Israel’s program of expanding settlements deeply damages the prospect for a two-state solution.”

So then Ron Kampeas, the Washington, D.C. bureau chief of the Jewish Telegraphic Agency, asked what the repercussions will be for Israel in going ahead with the new housing settlements. He wanted to know how it would affect President Biden’s planned trip to Israel in June.

Hint: There are no repercussions.

Ms. Porter replied, as one might expect, with platitudes so excruciatingly mind-numbing that no one else would want to raise the question again for at least a century.

” I’ll just say from here that we have been clear about the need to avoid unilateral steps that would exacerbate tensions and make it more difficult to preserve the viability of a two-state solution. I have nothing to comment about the President’s upcoming trip.”

There is no viable “two-state solution.” Israel has plunked down so many hundreds of thousands of squatters in Palestinian population centers that the territory looks like Swiss cheese on a map. It is just something American politicians say to kick the can down the road while the Israelis grab more and more of the West Bank. It is sort of like telling a team of bank robbers in the midst of a heist that you really regret their unfortunate actions and urge them not to damage the liquidity of the bank beyond the point where both the robbers and the bank owners can coexist.

If the US were genuinely interested in some sort of political solution to the Israeli Apartheid practices regarding the Palestinians, nothing would be easier than to just step aside and let the world punish the Bennett government for these policies, which amount to war crimes. Washington wouldn’t even have to be proactive itself. Or Israeli officials could start being targeted for economic sanctions by the Treasury Department the way Russian high officials are being fingered. Prime Minister Naftali Bennett made $200 million with software and would feel the pain if he were sanctioned. But official Washington is so in the tank for Israeli Apartheid that making such a suggestion sounds outlandish.

In contrast, Washington is attempting to reshape the entire world so as to get Putin back out of Ukraine, and we see exactly what it looks like when an illegal Occupation is genuinely unacceptable to the White House.