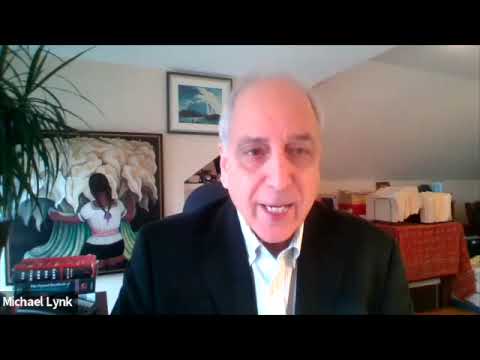 Ann Arbor (Informed Comment) – Dawnmena (Dawn in the Middle East and North Africa), the democratization site founded by the late Jamal Khashoggi, carries an important column this week by Michael Lynk, who was the seventh United Nations Special Rapporteur for the situation of human rights in the Palestinian territories occupied since 1967, serving in that position between 2016 and 2022. It is about how the mild-mannered professor of law at Western University in Ontario — who came into office with a distaste for using the term “Apartheid” to describe Israeli rule over the Occupied Palestinians because he felt it was undiplomatic and unhelpful in securing the cooperation of the Israeli authorities — in the course of six years made a 180-degree turn and used the term himself in his last report to the U.N.

Sometimes apologists for the over 50-year Israeli military Occupation of what are now about 5 million Palestinians try to argue that their situation is not exactly like that in South Africa. Well, for one thing, many South Africans who have been to the West Bank have said that it is worse than their Apartheid or racial segregation policy.

But an exact comparison with South Africa is by now beside the point.

. . . the Rome Statute that established the International Criminal Court adopted a universalized definition of Apartheid practices unconstrained by the South African historical model, which is intended to be applied to other societies in the world.

As HRW [Human Rights Watch] notes, the Rome Statute defines Apartheid as “inhumane acts… committed in the context of an institutionalized regime of systematic oppression and domination by one racial group over any other racial group or groups and committed with the intention of maintaining that regime.”

That language clearly does describe Israeli activities in the West Bank and Gaza.

“The crime of apartheid under the Apartheid Convention and Rome Statute consists of three primary elements: an intent to maintain a system of domination by one racial group over another; systematic oppression by one racial group over another; and one or more inhumane acts, as defined, carried out on a widespread or systematic basis pursuant to those policies.

As the Israeli Human Rights organization B’Tselem also pointed out, between the Jordan River and the Mediterranean there are now 6.8 million Jews and 6.8 million Palestinians, all of them ruled over by the Israeli state. They are systematically and intentionally treated differently, with the Palestinians given far fewer rights and treated much more harshly on the basis of race and ethnicity. Even inside Israel, the Knesset or parliament passed a measure in 2018 declaring that sovereignty solely resides in the Jewish people, formally making Israeli citizens of Palestinian extraction, over 20% of the population, second class citizens. What then of the militarily Occupied Palestinians in the Territories, who labor under martial law administered by Israeli officers?

That Human Rights Watch and Amnesty International both came to the conclusion in 2021 – 2022 that Israel is practicing Apartheid as defined in the UN Apartheid Convention and the 2002 Rome Statute that established the International Criminal Court at the Hague, helped convince Lynk that the term was inescapable.

The newsletter of the UN Office of the High Commissioner for Human Rights quoted Lynk’s final conclusions after six years of visiting the area and reporting on it,

“There is today in the Palestinian territory occupied by Israel since 1967 a deeply discriminatory dual legal and political system that privileges the 700,000 Israeli Jewish settlers living in the 300 illegal Israeli settlements in East Jerusalem and the West Bank. Living in the same geographic space, but separated by walls, checkpoints, roads and an entrenched military presence, are more than three million Palestinians, who are without rights, living under an oppressive rule of institutional discrimination and without a path to a genuine Palestinian state that the world has long promised is their right. Another two million Palestinians live in Gaza, described regularly as an ‘open-air prison’, without adequate access to power, water or health, with a collapsing economy and with no ability to freely travel to the rest of Palestine or the outside world.”

In his Dawnmena piece, Lynk says that he was pushed to conclude that this situation is Apartheid, and was pushed to so call it, by two main considerations. One was the steadfast refusal of the United States and Europe to hold Israel to account for its systematic violations of international human rights law. You can’t have a rules-based international order, he says, if a UN member can deliberately and relentlessly flout the UN Charter and the organization’s main human rights instruments and treaties without suffering any penalty. The US almost always uses its veto to protect Israel from the sort of sanctions imposed on other violators, such as Iraq and Iran.

The second consideration, he said, was that in the past year the major human rights organizations have concluded that there is no other way to describe Israeli policies toward the Palestinians but Apartheid. Lynk wrote,

“Albert Camus once wrote that calling things by their wrong name only adds to the misfortune of the world. I came to accept that international humanitarian law could no longer adequately capture the new legal and political reality in the occupied Palestinian territory. The Israeli occupation—which, under international law, is required to be temporary and short-term—had become indistinguishable from annexation and apartheid. When I became Special Rapporteur in 2016, there were 400,000 Israeli settlers in the West Bank, and 220,000 in East Jerusalem. By 2022, the settler population stood at 485,000 and 230,000, respectively. These settlers live outside of Israel’s recognized international borders, yet enjoy full Israeli citizenship rights in Jewish-only communities, while the 5 million Palestinians among them live under either Israeli military law or under a truncated form of precarious residency rights.”

I wouldn’t have quoted Camus on this point, since the French existentialist was Algerian-born and desperately wanted to keep 11 million Algerians under French Occupation in the 1950s, differing from Sartre in this regard (not that Sartre was sympathetic to the Palestinians).

Why not quote a Palestinian poet, the late Mahmoud Darwish, on this issue, from one of his last letters written only three months before his death to a literary festival he could not attend because of his ill health?

“We are now in the sixtieth year of the Nakba. There are those who dance now on our graves, and they consider us their feast. But the Nakba is not a memory; it is a continuous uprooting that makes Palestinians more worried about their existence. The Nakba continues because the occupation continues. Continuing occupation means the continuation of the war. This permanent war waged by Israel against us is not a war to defend its existence; it is a war over our existence. The conflict is not, therefore, a conflict between two existences, as the Israeli discourse promotes . . . You are here, dear friends, to see the facts for how they are. Yesterday we celebrated together the end of apartheid in South Africa. And here you see it thriving . . . in all of its power.”