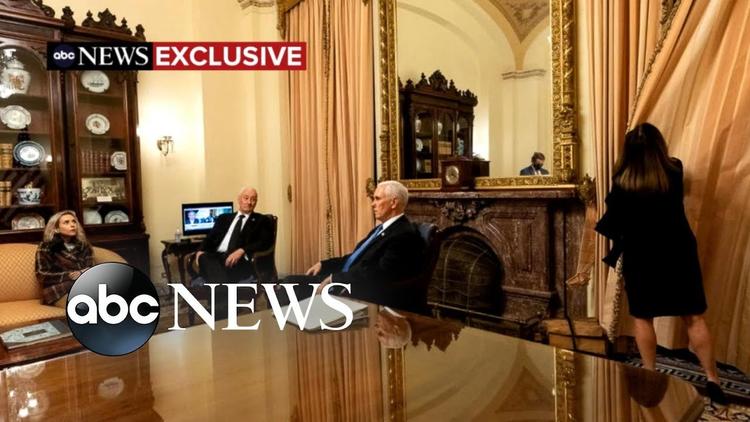 Ann Arbor (Informed Comment) – The Jan. 6 Committee revealed on Thursday that Trump knew that the Capitol had been breached by his Oath Keeper and Proud Boy black shirts when he sent his tweet at 2:24 p.m. saying, “Mike Pence didn’t have the courage to do what should have been done to protect our Country and our Constitution, giving States a chance to certify a corrected set of facts, not the fraudulent or inaccurate ones which they were asked to previously certify. USA demands truth!” So writes Nolan D. McCaskill at the LA Times.

At the rally on the mall, Trump told his minions, “If Mike Pence does the right thing, we win the election. All Vice President Pence has to do is send it back to the states to recertify and we become president and you are the happiest people.”

Instead, Pence had headed over to the Capitol to certify Biden’s win.

Rep. Pete Aguilar (D-CA) presided over the presentation and further questioning on Thursday, revealing, as well, that the secure location to which the Secret Service had spirited Pence, in an underground loading dock, was still only 40 feet from the murderous “paramilitary wing of the GOP” (in the phrase of Patrick J. Coolican), calling for him to be hanged.

As McCaskill points out, Aguilar showed video of insurrectionists saying that they had heard that Pence had declined to decertify Biden’s win, with one shouting aggressively, “I’m telling you, if Pence caved, we’re gonna drag motherf— through the streets,” the man said. “You f— politicians are gonna get f— drug through the streets.”

We’ve all seen another clip played, with chants of “Hang Mike Pence” against the backdrop of a placard with a noose and gallows pictured on it.

Trump was watching obsessively the news coverage of the insurrection and there is no way that he did not know by 2:24 pm that his goons had murder on their minds should they have gotten hold of the vice president.

In fact, AP says Liz Cheney alleged that Trump was told by a staffer about the chants to hang Mike Pence and he replied, “Maybe our supporters have the right idea.’ Mike Pence ‘deserves it.”

So the question must be raised of whether Trump was attempting to threaten Pence’s life, either in revenge for his blocking of Trump’s self-coup, or in hopes of scaring him into changing his mind and sending the certification back to the states. Pence did not have the authority to do the latter.

The Rasputin-like role of former law professor at Chapman University, Peter Eastman, crystallized even more clearly with Thursday’s testimony, much of it from Pence’s legal staff at the vice president’s office. Eastman thought the easiest path to overthrowing Biden was to have Pence refuse to certify the election on the (specious) grounds that disputed states such as Arizona recounts were still being conducted. But, witnesses said, Eastman also thought the same end could be achieved if Pence would turn the vote back to the states. He is alleged to have admitted that perhaps no justices on the Supreme Court would support the first, but to have asserted that there would be some support for the second way of proceeding.

Since, as Ed Kilgore at New York Magazine reports, it is now clear that Eastman, a former clerk for Justice Clarence Thomas, was in close contact with Clarence’s wife, Ginni Thomas. All this raises the question of whether Thomas himself helped plan the coup and was actively colluding with Eastman, tipping him through his wife to the procedures most likely to win approval at the Supreme Court. Ginni Thomas has now agreed to testify before the Jan. 6 committee.

Since Eastman’s crackpot plot pivoted on the actions of the vice president, he thereby put a target on Pence’s back from the Trump paramilitaries should Pence decline to cooperate.

Pence served Trump faithfully for four years, helping him gain the evangelical vote and giving him the imprimatur of the non-crazy wing of the Republican Party. What he may have discovered in the end was that Trumpism is not the sort of predator that is ever satisfied, and in its voracious hunger it will devour all those not in lockstep with the great leader.