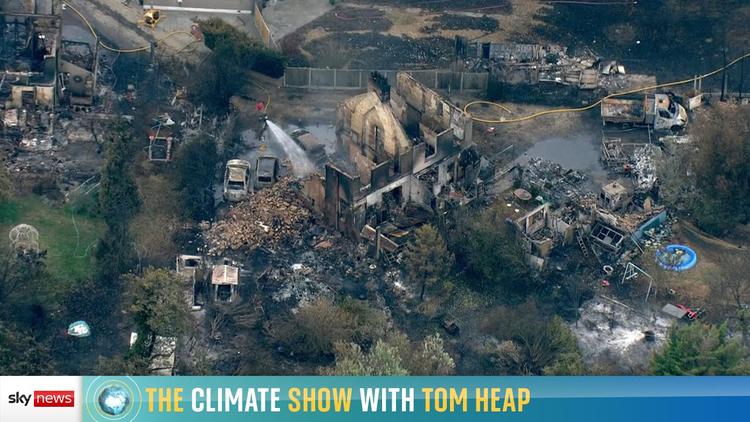 (The Conversation) – Every heatwave occurring today is made more likely and intense by human-caused climate change. Early estimates by the UK Met Office suggest that days over 40°C [104°F] have become ten times more likely to happen in the UK as a result of the rising global temperature.

But even this may be a significant underestimate, as models have underrated increases in the occurrence of extreme heat events before. And we know that climate change has increased the likelihood of new high-temperature records more than any other extreme weather phenomenon.

July 2022 would have had a few hot days without climate change. But with it, those days were several degrees hotter, which brought 40°C [104°F] within reach for England for the first time.

The heatwave was caused by a low pressure system over the North Atlantic that produced a slingshot effect, firing a plume of hot, dry Saharan air northwards. With little moisture to evaporate and no clouds to block the sun’s rays, the land baked.

There is growing evidence to suggest that these hot weather-generating pressure systems are becoming more frequent for Europe. But even if they continued occurring at the same rate, the air itself is certainly getting hotter.

On a warming planet everywhere gets hotter, but not at the same rate. The land heats up faster than the ocean, especially the driest areas such as the Sahara. The approximately 1.2°C [2.16°F] of global warming already experienced has added at least 2°C [3.6°F] onto the average UK heatwave day, and even more on to night-time temperatures.

The UK is not prepared for these Mediterranean temperatures. Buildings are poorly insulated and lack air conditioning. Much of the infrastructure cannot cope: train lines are built from steel that is only stress-tested to 27°C [80.6°F.]. Beyond that, the lines are prone to buckling.

Extreme heat is a killer. Heatwaves in Europe in 2003 and in western Russia in 2010 killed around 70,000 and 55,000 people respectively – two of the deadliest weather disasters in history.

Extremely high temperatures are especially dangerous for the elderly, those with chronic medical conditions, people in cities and pets. That’s partly because it takes a heavy toll on the heart and lungs, especially when a warm night offers little respite. And partly because hot, stagnant air concentrates dangerous pollution like ozone, especially in cities.

Nearly 2,000 excess deaths have already been reported from the beginning of the mid-July heatwave in Spain and Portugal, which also experienced this Saharan plume of hot air. For every person killed, several more require hospital treatment for heat-related illness.

Heat on the rise

An international team of attribution scientists has conducted several studies on recent heatwaves. The March-May 2022 heatwave in India and Pakistan, which destroyed much of the wheat harvest and is contributing, alongside the Ukraine conflict, to global food price rises, was made 30 times more likely by climate change. Canada’s extreme heat in June 2021 and Siberia’s high temperatures in the first half of 2020 each would have been virtually impossible without it.

The recent heatwave was relatively short, but it was also widespread across western Europe, and very intense. We are confident that climate change made it much more likely because the event stands out in bold against natural variation in the climate, which normally averages out to be unremarkable over such a wide area.

Though there aren’t yet estimates, we know that disruption to travel and the slowing down of work during the heatwave cost European economies dearly. Unprecedented water demand put a heavy strain on systems already running dry. A combination of extreme heat and dryness created exceptional conditions for wildfires to spread rapidly.

This released carbon held in vegetation, warming the planet further. The resulting smoke is also toxic. As the days and nights were several degrees hotter, the effect of climate change cost society on all of these fronts.

The amount by which previous temperature records were smashed is directly linked to the rate of greenhouse gas emissions. The faster carbon dioxide (CO₂) is dumped into the atmosphere, the faster the planet warms and the more regularly new records will be exceeded.

While this crisis plays out, the contest to replace Boris Johnson as Conservative Party leader and UK prime minister has barely covered climate change, and former contenders even pledged to scrap the country’s commitment to reach net zero by 2050.

This is the opposite of what is needed to prevent heatwaves becoming ever hotter and deadlier, which can only be achieved by urgently reducing long-lived greenhouse gas emissions such as CO₂ to zero. Economists widely favour action on climate change as a far cheaper alternative to enduring broken weather records year after year.