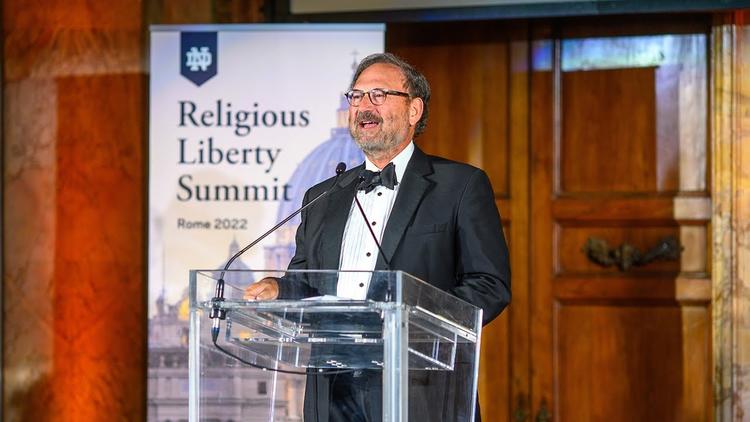 Alito posed as a defender of religious freedom, but what he seemed to mean by that was the religious people who are bigoted against gays shouldn’t have to serve gay people. This is, by the way, the same argument that bigoted white evangelicals deployed against desegregation — they didn’t think they should be made to serve people with the mark of Cain and that their bigotry was inherent in their religion. If Alito’s notion of religious freedom prevails and is reinforced, you have to wonder whether we don’t go back to Jim Crow Apartheid.

“In 2021, the court said that Philadelphia violated the First Amendment when it froze the contract of a Catholic foster agency that refused to work with same-sex couples as potential foster parents because the agency believes that marriage should be between a man and woman. Alito wrote separately to complain that the court hadn’t gone far enough in its opinion and should have made it much more difficult for the government to enforce laws that burden some individuals’ religious beliefs.”

Alito went on to say, that he saw a challenge in convincing “people that religious liberty is worth defending if they don’t think that religion is a good thing that deserves protection.”

Alito’s pose as a mere beleagured defender of “religious liberty” attempts to conceal his role as a reactionary attempting to carve out civil rights exceptions for the religious that allow them to injure the rights of other Americans on the basis of their faith. That isn’t religious liberty, it is religious license, and the Founding Fathers tried to get rid of religious license with the Establishment Clause.

Ironically, even as Alito has managed to impose 20th century Roman Catholic dogma on all Americans, striking down any right to privacy or for women to control their own bodies, he is puzzled as to why anyone would be hostile to his agenda. Jewish Americans have pointed out that he has taken away their rabbinical right to an abortion and given control of Jewish women’s lives in the Red states over to right wing Christians.

That isn’t religious liberty. It is the tyranny of a religious majority.

As for the place of religion in American life, it is rapidly declining. The US was unusual in the period between the end of WW II and about 1990, among industrialized democracies, in having very high rates of self-reported belief in God and church membership and attendance.

On the order of 40% of French did not believe in God in the late 20th and early 21st century. The figure today is a majority, 51%.

This year, Gallup found that religious “nones,” people who say they don’t believe in God or have no religion, are up to 19%. Only 81% of Americans now believe in God, by Gallup’s projection.

Thomas Jefferson’s Deism has won! Only 40% of Americans, a minority, believe in a God who hears prayers and answers them!

Historian Bradley C. Thompson wrote, “This much can be said with confidence: when Jefferson wrote of “Nature’s God” he almost certainly meant the impersonal, far-removed, deist God that set the world in motion according to the laws that were meant to govern in his absence. The Declaration’s God is not the God of the Old Testament (nor is it even the God of the New Testament) but is Nature’s God.”

This decline of religion is in part generational. Alito is 72 and his was the generation when only 2% did not believe in God.

Among young adults in the US, according to Gallup, 32% do not believe in God.

Self-identified liberals are even less religious than the Millennials and Gen Z. Only 62% of them say they believe in God.

It isn’t clear what has driven this stampede away from the church. But sociologists have some ideas.

Patricia Wittberg notes that “young adult Catholic women are now less observant in their attendance, less orthodox in their beliefs, and less likely to remain Catholic than young adult Catholic males.” She notes that it has been suggested that they are alienated by a male-dominated church hierarchy. I don’t think she’s giving enough weight to the Church’s anti-abortion, anti-birth control stances, which directly and negatively affect young women.

I confidently predict a further outflow of young American women from the church in the wake of Alito’s Dobbs decision, because he has made it crystal clear that elderly religious Catholic males are not the friends of young women.

Many youth were also raised by Baby-Boomer parents who themselves were open-minded about religion and perhaps not very observant.

A 2019 poll found that fully 37% of American Catholics are considering leaving the church over the priest pedophilia scandals.

It has been suggested that many younger Americans have dissociated themselves from their parents’ church because churches have tended to be homophobic and hostile to gay rights, whereas acceptance of gays is at 72% among US youth. You hate to hear your pastor or priest badmouth your LBGTQ friends.

If Alito, Thomas and other religious conservatives overturn gay marriage rights, they will be further driving young people away from religion.

Then, the COVID-19 pandemic has cut church attendance in half, and many pastors think the congregations are never coming back. Donations are way off in consequence, as well.

So, Alito is being disingenuous in representing himself as merely fighting for religious “liberty.” He is fighting to let religious people refuse to serve the rest of us and to allow them to dictate our behavior according to their theology. Most ironically of all, Alito may single-handedly have killed off religion in the United States in the coming generation by associating religion with the end of women’s rights.