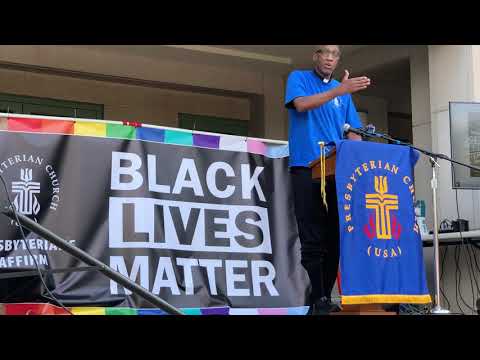 Ann Arbor (Informed Comment) – Last week, the International Engagement Committee of the 1.2-million-strong Presbyterian Church passed a resolution entitled, “On Recognition That Israel’s Laws, Policies, and Practices Constitute Apartheid Against the Palestinian People.” There are roughly 75 million Presbyterians around the world, and it has a strong presence in Africa, with 3.4 million members there.

The development came in the same month that the seven million US Lutherans came to a similar conclusion.

The Outlook goes on to report,

“In other actions, the committee recommended approval with a 31-0 vote of INT-13, designating May 15th as Palestinian Nakba Remembrance Day, and INT-04 by a vote of 30-0, which, among other things, calls on the General Assembly to approve a statement about the humanitarian concerns regarding Israel and Palestine, reject the doctrines of Christian Zionism, repudiate all forms of antisemitism and Islamophobia, and repudiate the move of the U.S. Embassy to Jerusalem from Tel Aviv in 2018. The committee also recommended approval 31-0 of INT-10, calling for an end to the Israeli government’s siege of the Gaza Strip” [on the grounds that it is a form of collective punishment, which is not allowed in international law].

The committee’s actions do not pass without controversy in the wider Presbyterian Church, many of whose pastors are pro-Israel, while other Presbyterians are engaged in interfaith dialogue with Jews and fear the effect on that dialogue of taking such a stance. Ms. Latham appears initially to have shared that fear.

On the other hand, the Presbyterian Church’s vigorous missionary work has made it global, and its Global South members tend to see the situation in the Israeli-Occupied Palestinian West Bank as very much in the mold of Apartheid South Africa. Indeed, the new head of the World Council of Churches, which groups the liberal mainline denominations, is a Presbyterian minister from South Africa, Rev. Jerry Pillay. He has been frank about his views of the Occupation of Palestinians as a form of Apartheid, and I guess he should know. In the Religion News article to which I just linked, his Jewish critics slip from complaining about his critique of the Occupation policies to saying he is “anti-Zionist.” But Zionism existed for nearly a century before the 1967 seizure of the West Bank and Gaza by the Israeli army, so the occupation can’t be that central to Zionism. Then they equate anti-Zionism (which they have merely imputed to him) to antisemitism, and voila, his stance for Palestinian human rights is by sleight of hand turned into bigotry against Jews. It is dispiriting that Religion News isn’t more careful about these rhetorical magic tricks of the Zionist far right.

Anyway, many high-ranking Presbyterians are keenly aware of the systemic discrimination under Israeli military rule against Palestinians on the basis of their race. The Rev. Dr. J. Herbert Nelson, II, stated clerk of the General Assembly of the Presbyterian Church (U.S.A.), provoked a storm of controversy in his 2016 Martin Luther King Day address, in which he not only characterized the system under which Palestinians live as Apartheid but went on to liken it to a modern form of “slavery.”

Rev. Nelson has a point. I have myself written that “Just as slaves do not securely own any property, so Palestinians under Israeli occupation can never be sure they actually own their own homes, or farms, or crops, or olive orchards, which can be sabotaged or taken away by the armed Israeli squatters or by the government that backs them, at any time.”

Outlook editor Teri McDowell recently interviewed Rev. Nelson, an African-American who grew up on Orangeburg, South Carolina. He explained the roots of his stance:

“The first time I went to Israel/Palestine was with World Mission, and it was fascinating — not in a good way. I’m looking at Orangeburg, South Carolina, in the 1960s. I’m looking at something even worse than that, to be honest with you. And we are bringing food and supplies and having conversations with both sides. We go around to see good sites and we talk about it and debrief and then we come back, and we do it again. So, my question becomes: when people are suffering like this, why do we keep coming back to see the same thing? And in between that, there doesn’t seem to be any organized way of even speaking to it.

One of the pieces that triggered me [was when] a gentleman … came in and we were “listening to both sides.” Okay. I grew up in Orangeburg, South Carolina. There are no “both sides.” This is wrong. But I had to listen to him talk in a way that just totally disregarded the Palestinian people. And I was supposed to be leading that session. Yeah. I got up and I walked out. I just couldn’t take anymore. It was in that moment that I realized I don’t need to come back here. I need to do something about it. And that’s what I was doing when I made the statement.”

He explained his reference to the treatment of the Palestinians as a form of slavery, “I think the second piece that folks struggled with was the issue of my equating this to slavery. This is the nomenclature that we know in the United States of America. I’m not talking to people in Israel/Palestine. I’m writing this statement for the people here in the United States of America.”