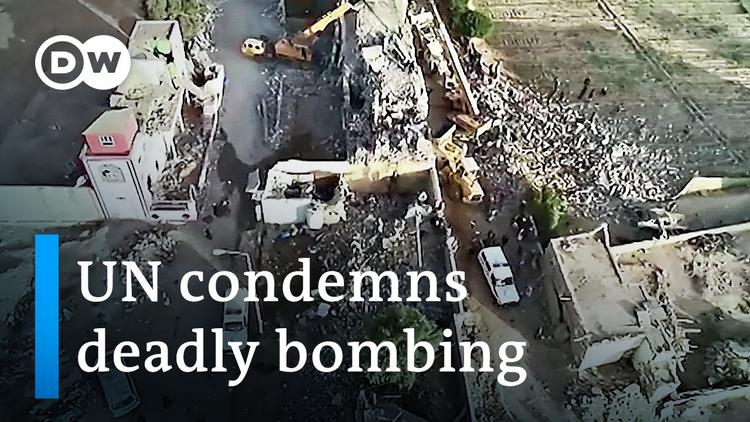 Ann Arbor (Informed Comment) – President Biden is on the cusp of going off to Saudi Arabia as one part of his upcoming Middle East trip. One of the failures of Mr. Biden has been completely disengaging the US from the Saudi-led war on Yemen, which he had pledged to do. Although there has been a successful two-month ceasefire, the war could flare back up at any time. The Biden administration has vowed only to provide the Saudis with “defensive” weaponry, but there is no firm definition for such things in the US legal code.

The Government Accountability Office (GAO) has issued a new report on the role of US-provided weaponry in civilian deaths in the Yemen War, many of them the result of war crimes.

Since Saudi Arabia, the United Arab Emirates (UAE), and their allies launched a war on Yemen in 2015, some quarter of a million people have been killed (most by disease and hunger caused by the war), and half the population has been made food insecure. Of those killed in air strikes, about 17,000 are known to have been civilian non-combatants, according to the UN.

In late January of this year alone, Saudi and UAE fighter-jets, supplied by the U.S. > hit three primarily civilian sites, including a hospital and Houthi a telecommunications corporation. The strikes killed 80 civilians and caused 156 injuries. And that was just one two-week period.

DW reported on one of these January air strikes:

The GAO reports the mind-boggling statistic that the United States Department of Defense administered $54.6 billion in aid to Saudi Arabia and the UAE during the Yemen War. Somebody should be fired for that right there.

First of all Saudi Arabia and the United Arab Emirates are fabulously wealthy oil states and do not need any aid from the US.

Second of all, the aid was in furtherance of a horrible, illegal war, in which the US should never have been involved.

Any aid that involved the transfer of US weapons to the two countries was actually corporate welfare, intended to throw government money to American arms corporations. The bulk of US aid to the Egyptian military junta takes this form– Egyptians never see it, except in the form of Apache helicopters in Egyptian military warehouses.”

Although the GAO notes that the US military provided targeting and strategic advice to the Saudis during the war, it neglects to say that where the US advised against hitting targets that would cause severe civilian crises, including bridges and ports, the Saudis often disregarded this advice. The US officer corps in Saudi Arabia grew so annoyed by this behavior that they leaked it anonymously to the Washington Post, to little avail.

One major takeaway of the GAO report is that although according the US law the Saudis and others are not supposed to use American weaponry to kill or harm civilian non-combatants, whether intentionally or through reckless disregard for civilian life, the State Department has not undertaken any serious study of the way the Saudi-led coalition has deployed those weapons. The GAO writes, “State submitted an initial certification in 2018 that the Saudi and Emirati governments had made efforts to reduce harm to civilians in Yemen, but did not submit two subsequent, required certifications. Although State’s initial certification was complete, its supporting documentation—not required by law—did not address all elements required in the certification.”

What? State hasn’t even bothered to track the US weapons’ impact! The GAO says that the Department of Defense has undertaken and published such reports on Yemen. They say that the DoD maintains that the Saudis and UAE have made efforts toward reducing the harm of the war to civilians, which is patently untrue.

The Saudis and UAE launched an air war on the Helpers of God or Houthis in the spring of 2015. The Houthis, a guerrilla movement of a section of militants drawn from the Zaydi Shiite branch of Islam, had taken over the Yemeni capital of Sanaa in September, 2014, and were gradually extending their rule over north Yemen. The Saudis coded the Houthis as proxies of Iran, which is not entirely accurate. They have received some Iranian aid, but the Houthis are primarily a homegrown, nationalist Yemeni movement and there is no command and control structure in common between them and Iran. It was the “Iran proxy war” allegation that convinced the US to provide military aid to the vicious campaign of brutal and extensive bombing conducted by the Saudis, the UAE and others.

There have been bipartisan congressional resolutions demanding that the US dissociate itself from the Yemen War, but they were vetoed by President Trump.