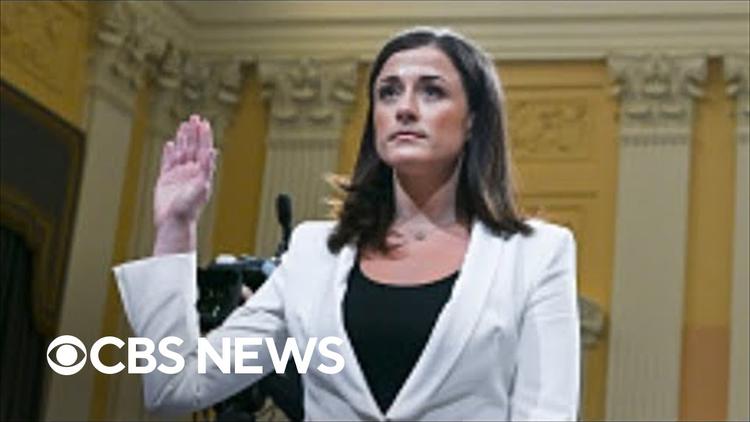 Before giving his inflammatory speech, Hutchinson testified, Trump was told his supporters were armed with guns, knives, spears, and flagpoles and were wearing body armor.

If Trump gets a “get out of jail free” card after trying to join armed rioters at the Capitol, the dangers are incalculable.

“I don’t f-ing care that they have weapons. They’re not here to hurt me,” she heard Trump say, urging the Secret Service to turn off metal detectors. “Let my people in. They can march to the Capitol from here.”

Hutchinson, like the many other Republican witnesses who testified, has no motive to lie. She was a loyal member of the Trump White House who had been proud to work for him — she just didn’t want to overthrow democracy.

When his speech concluded, Trump was informed that his supporters were already attacking the Capitol police. He wanted to join them, Hutchinson said. Trump even grabbed the wheel of his limousine and physically attacked a Secret Service agent who refused to take him to the Capitol.

At the White House, Trump watched the unfolding violence on television. According to Hutchinson, Trump’s own chief of staff said Trump didn’t want to do anything to restrain it — and even approved of the rioters’ death threats against Vice President Pence.

They should be. But they haven’t been — yet.

Attorney General Merrick Garland still hesitates to indict Trump, perhaps fearing it would inflame MAGA Republicans. It will. But letting that stop you is as good as saying that presidents are above the law.

Not indicting would be far more dangerous, because the threat to democracy is not yet over.

Any belief that handing Donald Trump a “Get Out of Jail Free” card could reconcile a divided nation is out of touch with reality.

The peril is extreme because GOP politicians are working on many fronts to thwart majority rule. Many Republicans running for governor and secretary of state say they would not have certified Biden’s victory. If Trump or another Republican loses again in 2024, they will likely try to overturn the outcome based on fake fraud claims.

Notwithstanding the absence of evidence of voting fraud, 19 states controlled by Republicans have passed laws making it harder to vote and raising the specter of criminal prosecution for voter registration mistakes.

In some Republican-controlled states, legislatures seek the power to appoint electors regardless of what voters say. In Wisconsin and Pennsylvania, Republicans want to allocate electoral votes by gerrymandered districts so the loser might get most of the state’s votes, among other schemes to thwart majority rule.

Over all this looms the menace of political violence. Armed Trump supporters may haunt voter lines in Democrat-tilting districts to intimidate would-be voters. How many will remain on line as AR-15-wielding vigilantes instigate fights?

Those who believe in democracy must push back against all of these dangers. But since the big lie is the excuse for the attacks, the place to start is with the lie’s author. Trump must be indicted for sedition for attempting to overthrow the government of the United States.